Capitalism is a new religion and these celebrity portraits prove our adherence to a new social order.

Even though modern capitalism has brought about the freest and most just society in the history of mankind; it still obeys certain principles.  One of the principles that modern capitalism follows is hierarchy.  Since capitalism directly succeeded the end of feudal society (where people were ruled by kings and lords) we now are ruled by CEO’s, Presidents & Managers.  Capitalism never got rid of the old hierarchy.  Instead it assumed the old hierarchy and reformulated it to where the highest echelons of society were now those who accumulated the most wealth through their activity.  Here we celebrate the noble casts of our highest beneficiaries of societies vital resources.  All Hail The Machine!!!

1.  Squire. Mr.T:  actor and noble squire of action television.  He pity’s all fools who cross his path. $1.5 million 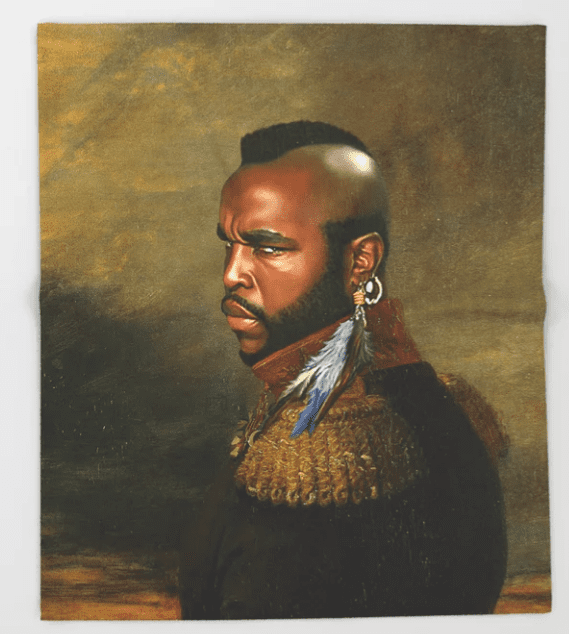 2. Sir Dave Grohl American singer, songwriter, musician and director. He is beloved across the globe for his power of song. He doth sing lead vocals and stay his might against the rhythm guitar.  His noble banner is that of the Foo Fighters. $280 million.

4.  Squire. Burt Reynolds The Great. Master of Television acting and Sex God of the Silver screen.  May his bare man chest reign forever in heaven. $3 million.

5. Sir Clint Eastwood, Hero of the Spaghetti Western Noble War hero and Veteran Of Hollywood. He has fought many years in the great war of entertainment. $375 million

6. Sir Hugh Jackman, Known for his heroism portraying the great Wolverine.  His noble standard is under that of the X-men for his many years of service to the franchise fiefdom. $100 million.

8. Squire Tim Minchin, comedian, actor and artist. His oratory skills are known across Australia and beyond.  $3 million

9. Sir. Tom Jones for his service to lounge music and Las Vegas events everywhere.  His blood sweat and tears have fought to entertain millions the world over.  $300 million.

10.  Neil Armstrong Great Space Lord of and First man to set foot on the surface of the moon.

11. Sir. Eddy Murphy, Knight of supreme Comedy.  Hero of SNL and all around funny man.  $120 million

12. Squire Dog, for his reality television reach and his ability to entertain millions of fans around the capitalist nation of America. $6 million

Dog the bounty hunter via society 6

Hails under the trump banner. $3.7 Billion

15. Squire Patrick Steward.  Captain Jean Luc Piccard of the great exploration vessel the Starship Enterprise. Master of changing face in the great perfection in the skill of acting.  $70 million

16. Lord George Lucas, supreme ruler of the star wars universe.  Highest member of the Jedi council and hero to all fan geeks the world over.  $6 billion 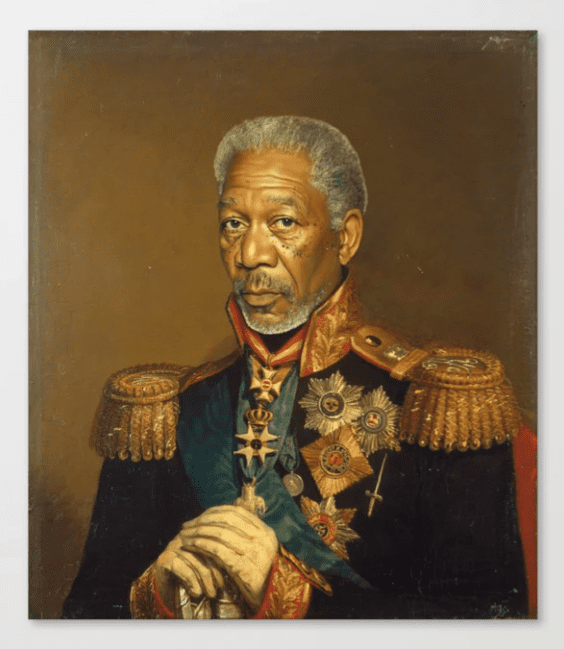