The specter of a new game is haunting Hasbro; It is the specter of Monopoly Socialism.  In a parody of the well known game franchise Hasbro weighs in its two cents on the political debate.  Their take on the matter: “Winning Is For Capitalists.”

“Winning Is For Capitalists”: The front box of Monopoly Socialism reads in fine print. 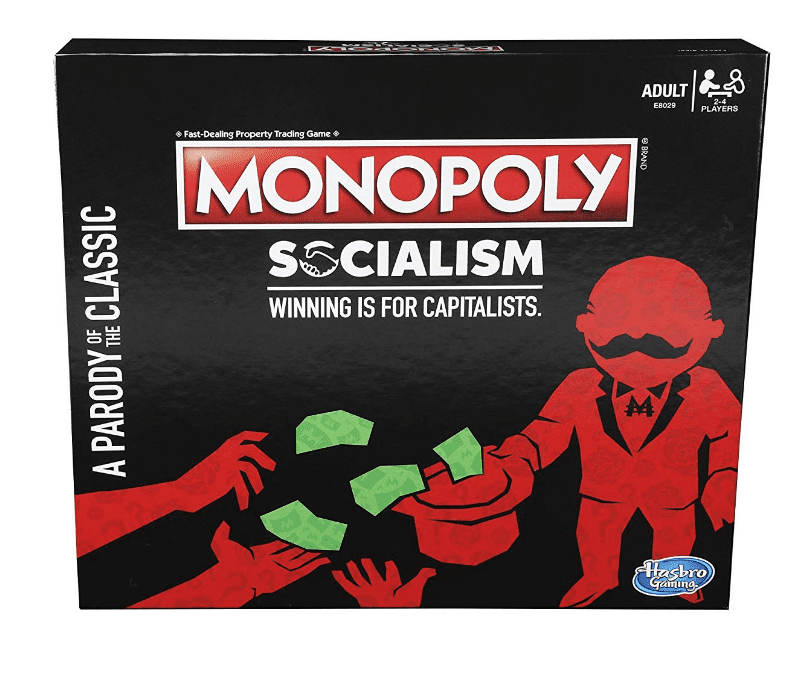 We all remember the old front cover with beloved Uncle Money bags.  Consequentially the red revolution hijacked it.  A red filled monopoly guy now adorns the front of the box.  Players hands are stretched out to fork over their money.

Large companies have been notoriously using ploys like this to garner media attention.  Hasbro wants to get some organic attention. It has. University Professor, Nick Kapur was first triggered:

This new version of Monopoly comes with its own manifesto. The instruction book states:

…..”Let’s work together to rebuild our community.

Socialism is about cooperation.  As fellow citizens and community organizers, we pledge to:

It looks similar to the regular monopoly board. Except the gameplay comes with a twist. 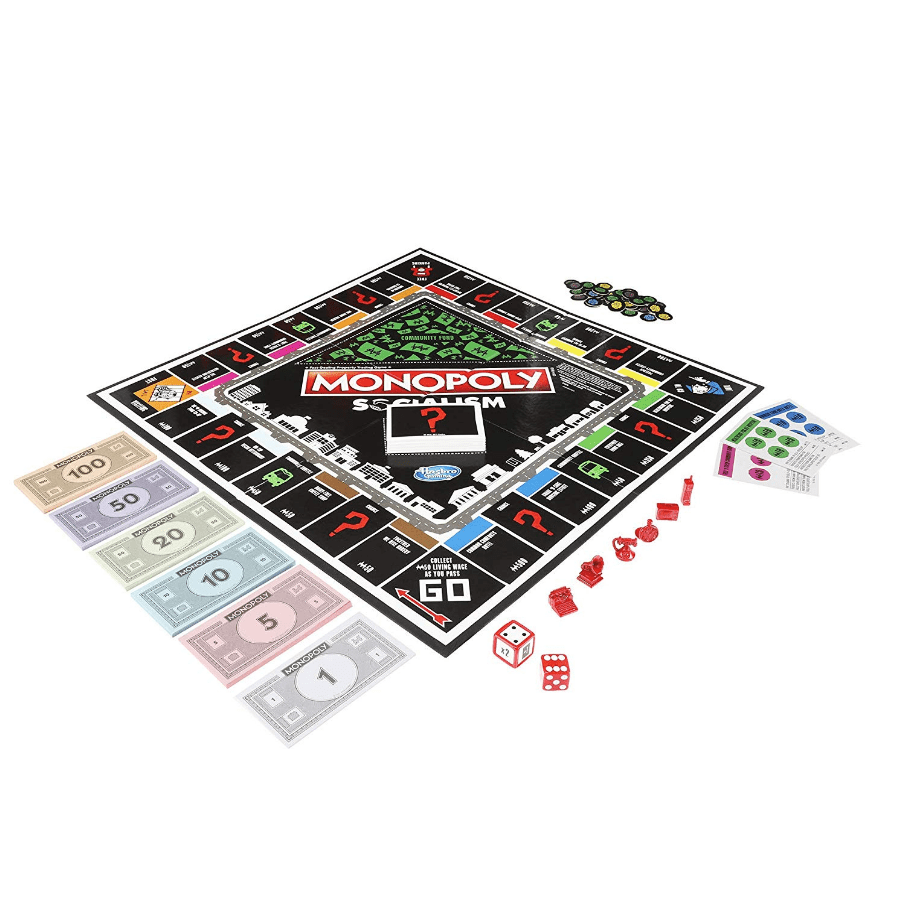 So how exactly is it different from the original game?

It’s a little different to say the least. Players, first of all, put their money in a community fund and work off of project cards instead of property cards.  That’s because it seems like property cards are a little too capitalist. Furthermore the project cards are paid by the player with a special contribution chip.  The object of the game is to play all of the contribution chips. Or something along those lines…I dunno. It’s long and convoluted. Watch this video:

To wrap things up here, Monopoly socialism is not the end of it.   A Sociology Professor named Ryan T. Cragun, PHD  invented a new way to play the game as well.  In a class on Social Stratification he had students follow a set of rules he’d come up with.   The new games rules we’re exactly like monopoly except for a few new factors.  This system is designed to help students understand how social class functions in the capitalist economic system.

He presented to his students four different versions of the game.

So that will be a more interesting topic to get into in another blog.  As for the Monopoly socialism game, it hasn’t yet “Officially” appeared on the hasbro website.   One can, however, get a copy on target or get it here:

Take your board games to the gulag!