Cult recruitment techniques are highly effective.  Granted these tactics are controversial. I mean, what more could one expect from the business of buying and selling religion?  Religious brokers have always deployed the highest level of scum sucker trickery that has endured throughout centuries.  Let’s face it though, religion is a market.  Tactics that these pushers endeavor to employ are wildly cunning and many marketers would be amazed to learn a thing or two.

Shouting is by far one of the most obnoxious forms of cult recruitment techniques that have ever been devised.  It’s loud, ostentatious, and gets plenty of attention (more often not positive).  This is because it really basically consists of somebody standing up on a soapbox and preaching.  Passersby didn’t necessarily ask for the intrusive sort of behavior anyway.  Shouting is carried out primarily in public. It goes by the more common title of “open-air preaching.”

Look, it takes a divine sort of righteous piety to carry out this cult recruitment technique.  Shouting at folks in the downtown alley.  It’s downright cultey and doesn’t jive with the majority of folks.  It’s highly targeted, however.  Shouting attracts ‘the right’ sort of people for your cult.  I mean those critical people turned off by this religious faith evangelizing aren’t going to be those cult leaders want anyway.    Desperate cult leaders who feel the need to evangelize their religious faith out in public will inevitably hit the nail on the head for one person eventually. Shouting is  a way of actively evangelizing a religious faith in public.  Whether others want to hear it or not.

Marketers having a tough time moving their product may need to get out there more.  After all, it isn’t about converting everyone to your cult brand now is it?  This type of strategic let go of exposing merely moves your message across a broader audience.  Inevitably your message will target the “right” people.  If you can stomach the possible negative reactions you might pick up a new customer or two.  However, the problem with shouting is that when done in the cult/religious context, it comes off as snarky.  It comes off as “I know better than you.” That is bad business.

Cults use the appeal of group dynamics to play on people’s emotions.  There is a lot of psychological components that fit into the cult dynamic. I mean, you can really get somebody to follow along when you pull on the right strings.  Cults/Religions and Brands are notorious for that.   Coercive measures normally have already set up some sort of highly malleable idealistic framework. Good coercive tactics take years of mind-control.

Primarily there are certain central emotions that are the easiest to control.

Think about the Charles Manson Sharon Tate-murders. The Manson family went by one defining principle: Do whatever Charlie says.  The Guru in a cult provides a highly domineering presence in a cult.   It fits in with the second emotion of cult coercive techniques. There almost seems to be this hypnotic state that a leader puts his/her followers into.  This is akin to some sort of a cult of personality or something of the sort.  People are so mesmerized by leaders, in general, they’ll often do anything for them.  Charles didn’t commit the Murders himself.  He had one of his followers do it.

The influence of the guru has an incredible ability to coerce adherence to religious fanatics. A marketer should use these emotional and psychological imperatives to coerce their target audience into buying.

Some cult recruitment techniques employ the cunning act of deception. When you start off in the church of Scientology there is an integral practice called auditing.  Auditing, as they claim, is a form of psychological counseling.  These counseling sessions start off fairly well priced. As time goes on, however, they become more and more expensive and time-consuming. On top of that, they then begin to recommended courses, other therapy sessions, retreats, and donations.  The list goes on.   According to ex-Scientologists, these costs being to amount in the tens of thousands. Leah Remini says that she spent millions of dollars.   In my opinion, all of these ploys are equate to nothing more than cheap trickery.

For marketers, you reel the client in with a one time fee. Maybe you even give them something for free. However, once they are hooked, you start adding in additional fees to actually use the product.  Pretty soon they’ve become so dependent on it that they have no choice but to cough up the dough.  I mean video games have been using this tactic for a while now.  In-game purchases have become the primary way that developers have been making money. They reel you in with a low one time fee.  However, you soon discover that one fee comes with a multitude of other fees. Pretty soon it all snowballs out of proportion. You can’t even upgrade your character without ponying up the dough.

If you’ve ever rented an apartment or bought a home you can understand the meaning of hidden costs appearing out of nowhere.   It’s the old bait and switch.  Get an adjustable-rate mortgage at a low low rate.  Then low and behold. Five years down the line your rate happens to go up. You’d thought the entire time you’d gotten a good rate.  But you were tricked.

Holy cow.  I bet you never thought that cults could ever be this devious.  Think again. It’s not uncommon for cults to try and dig up old dirt on their followers.  This gives them more leverage to control and manipulate the individual.  Some people have things about them that they want to be buried.  For that very reason, devious cultists will go digging.

As for marketers.  It’s already become clear that big tech giants have been using people’s information for years.  Everything that you do online is being carefully monitored.

I had a friend once whose only living relative was her aging grandmother.  We would spend a conservative amount of time at her grandmother’s 4 bedrooms 3 bath house in Long Beach.  You see grandma was ailing and getting old. She didn’t have anybody else to help her.  Yet she was kind and generous.

One day we found out granny had sold her house and was now homeless.  It took some crazy maneuvering to get her into a senior living community.  So what happened to Grandma’s house and all of her money and belonging?
She gave it away to some televangelist.  Grandma thought she was being generous.  In reality, grandma got hustled.

Retirees and the elderly are targeted for so many scams and manipulative hustling.  Televangelists pray on people who have nothing more than their TV’s.  When you’re old and immobile you really don’t have much of a choice in your day to day activity.  Flick on the TV and a crafty televangelist can get you to “donate” all of your money.  It’s a common theme.

You could call this rhetoric or sophism. A lot of these leaders and gurus use a level of verbal and even visual rhetoric to convince people.  They are very charismatic and wondrous.  The savvy televangelist Joel Olsteen of Lakewood Church employs the most outlandish display of religious brand marketing that I’ve ever seen.  Megachurches are over the top colosseums to religiously followers. These things are monsters. Ostentatious and sensational.  This is the way to appeal to a person’s dumb monkey brain.  Hold shiny objects above their head.  Make your church big and inherently it will make your message look big. No matter how derivative and arbitrary it really is.

Sensationalism is the easiest one for marketers to use.  Luxurious dazzling objects are a-typical instruments to get attention.

Back in the early 2000s, there was a clothing store called Not of This World.  They were in every mall across Southern California.  Low and behold, however, we came to find out that his clothing store was a primarily “Christian” Clothing store. That’s right.  Christianity had become a niche. Not of this world had become a “sub-culture” with its own styles and perfectly coordinated cult-branding. Yet it was kind of amiss to be quite honest.  It seemed less than Christian to be quite frank.

However faith-based marketing appeals to the niche. It sells them their own ideology back at them. Gives them a chance to engage the market, while at the same time feel good about it. Make it seem to followers that they are practicing their religious devotion while purchasing your products.  It’s perfectly integrated.  That’s the real key behind faith-based marketing. 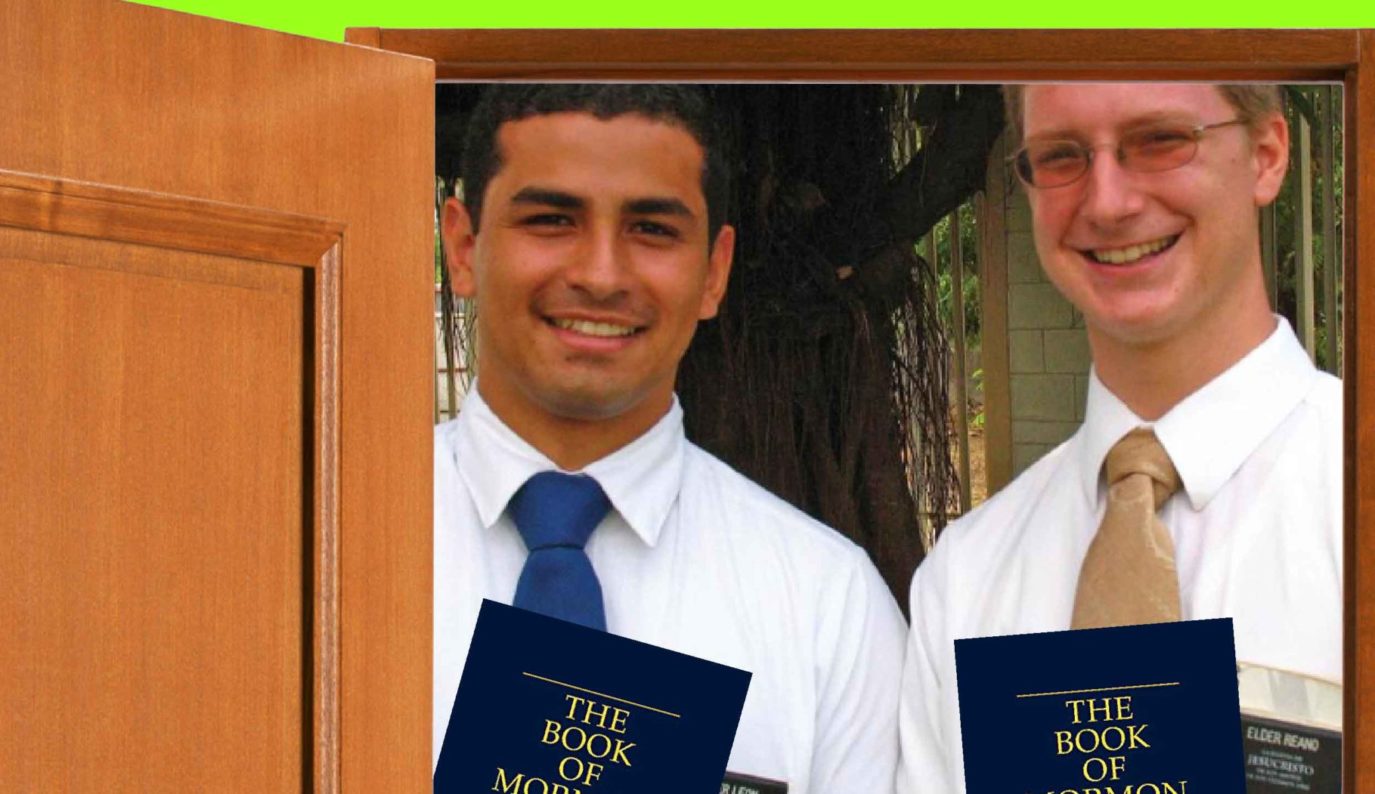 This is for those of us who remember the days when phone numbers were publically displayed in the white pages.  Back them telemarketers could arbitrarily target just about anybody in order to reach out. They had sheet after sheet of prospects and it was not uncommon to get a call at odd hours of the day from people trying to call you.  Well, the religious types picked up on this trick.  While telemarketing has sort of kicked the can, door to door religious evangelizing is still alive and well.  Typically it’s more of the Mormons and Jehovahs witnesses who practice this odd yet antiquated technique.

This final paragraph is unnecessary filler.  However, I’m here to teach you a lesson.  Sometimes cults use hypertrophy to overdo their message.  It goes back to sensationalism. Whereas sensationalism is above and beyond, the unnecessary filler is just time-wasting.  Sometimes the more bloated something seems, the more dynamic it comes out to be.  Be suspicious when your cult begins to rattle on about completely arbitrary things.

You can probably understand why cult recruitment techniques are so devious.  I’ve just given you some of the best examples that I could muster.  Hell, I even threw in a couple of personal accounts in there for you.  So if you’re ready to start your cult-branding endeavor take some advice from these fiendish deviants.  However, I would advise you to do some soul searching before employing any of these techniques.  You might just be committing a mortal sin.