Before you get an Evil Eye Tattoo, Learn this! 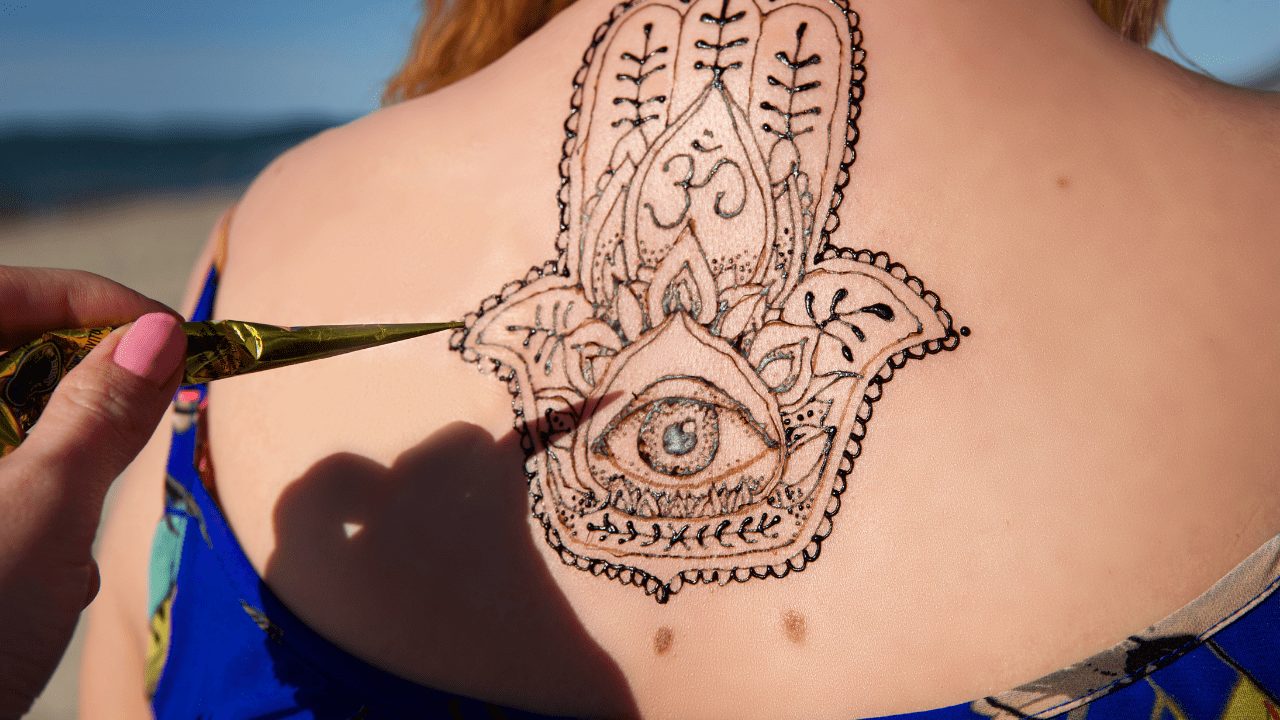 Many questions come up when you think about getting an evil eye tattoo. What does it symbolize? Is it disrespectful to get a Hamsa tattoo? Will I be cursed if I get an evil eye tattoo? Would my mother approve of this type of design on me, and what will people say if they see the evil eye on my body? We have all your questions answered in this blog post!

Let’s start with the central question: “What does this tattoo symbolize?”

The evil eye is a very powerful design used to protect against the “evil” eyes, which are believed to cause bad luck and harm. The belief in the evil eye dates back over 5000 years ago to ancient Persia, where it was viewed as an evil spiritual force with the ability to cause injury or bad luck to the people who are deemed as an “offender.”

People with this tattoo believe that others will look at it and be inspired rather than have evil thoughts about them. A similar tattoo design is known as “hamsa” and “the eye of rah.” They are also believed to protect you from any negative energy directed towards you; some even consider them a good luck charm!

Is it disrespectful to get a Hamsa tattoo?

This beautiful design is a popular tattoo that you can get to symbolize protection and spirituality. This hand-shaped eye tattoo has been used in many cultures going back to ancient times, including the Middle East, Asia Minor, India, and Europe. The Hamsa derives from this meaning of “protection” against evil forces coming to harm us physically. Still, it also represents protection against other types of harm such as evil thoughts, envious or negative people, and even “bad” luck.

There’s no need to worry about offending Jewish people with this tattoo design. Many Jews will recommend this tattoo to their friends or family members because it is a religious symbol.

Is it wrong to get an evil eye tattoo?

There are many reasons why someone would choose this design, but the main reason people get this type of tattoos is due to its protective meaning and power against “evil.” It would help if you found out what this tattoo means to you and why you want it to avoid future regrets.

In terms of moral wrong, there isn’t any association between evil eye tattoos and adverse effects. People used to think that this tattoo could “curse” or bring bad luck, but now we know better!

Is the evil eye good or bad?

The meaning behind this design is “protection” from harm coming your way; some people even believe that having an evil eye on their body will bring them luck! When choosing a tattoo, the most important thing is to make sure you are getting it for the right reasons, not because of what everyone else thinks.

Like most things in life, it is the intention that matters. If you have a positive purpose, then it is not evil.

As a symbol of protection, or perhaps honoring someone you have lost, the evil eye tattoo is a beautiful design choice for many. It has been used in cultures worldwide for thousands of years, and it’s essential to make your meaning behind this type of tattoo to avoid future regrets!

Will I be cursed if I get an evil eye tattoo?

No, quite the opposite. This tattoo is believed to protect you from “negative” or evil energy directed towards you.

If you believe you have been cursed by someone who has “evil” thoughts about you, then this tattoo will be able to protect you.

Most historical literature points to this tattoo as a sign of protection, not a curse.

Where do you put an evil eye tattoo?

The most popular places to get this type of design are on your forearm or chest, but no rule says where you can’t have one! You may want to avoid putting tattoos in visible areas if you are applying for a job or your parents disapprove.

If you are worried about your mom not approving of the tattoo, then consider that this design has been used for thousands of years across many cultures.

What is the eye of Rah?

There’s also another type of tattoo that people get called “the Eye of Rah,” which has an entirely different meaning to the evil eye design. This eye symbolizes protection, but it doesn’t have any negative connotations attached to it. It’s a beautiful design to get if you are looking for “protection” from the evil forces in life!

What does the eye of Horus mean?

The eye of Horus is associated with protection, luck, and also health. The Eye of Horus is the right eye, while his left eye was torn out in battle but restored magically by Thoth.

In Egyptian mythology, Horus is often depicted as a falcon-headed man with the sun and moon orbiting around his head. A unique tattoo design that you need to consider if you are looking for a standout piece!

This tattoo is meaningful, but it’s essential to make your connection with the symbol. Some people believe this tattoo may even bring them good luck and protection against “evil” forces in life. When choosing a tattoo, the most important thing is to find one that you will be happy with for your entire life, so make sure to think it over and find out what the tattoo means to you!

What is a Nazar?

Another similar design that people get as an “evil eye” tattoo is called a Nazar. It’s just the symbol on its own, but some people also get the eye inked along with it.

The Nazar design is usually accompanied by a black circle around the entire outline of this tattoo, but there are no hard and fast rules when choosing one of these designs!