A Guide to Magick in Theory and Practice 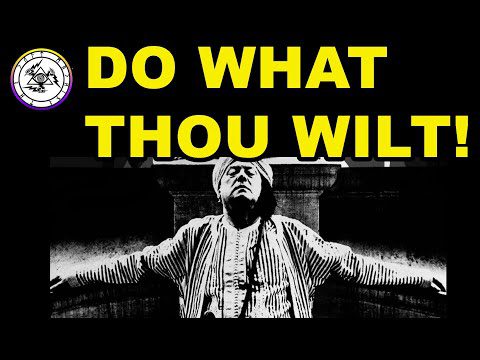 Magick in Theory in practice is one of the quintessential books on 20th-century occultism. You could call it the ultimate grimoire of Aleister Crowley.  This is because it, it entails some of the most important traditions in modern magick theory. It is a plethora of theories that encompass Yoga, Mysticism, Ritual Magick, Ceremonial Magick, and Principles for Hermetic discipline.

Before we can dive into anything that has to do with Aleister Crowley it’s important to understand one of his central philosophies and that is known as Thelema.

Thelema is one of the backbones of Magick in Theory and Practice.  It’s an esoteric and occult philosophy developed by Alesiter Crowley.  To call it a religious movement is sort of an overstatement.  It’s more of an esoteric/occult set of principles and goals.  The word Thelema literally means “to will, or wish with purpose.”  Its central strategy is to affect the mind.

Beginnings to Magick in Theory & Practice

Crowley thought of himself as a prophet. Although many consider him as just an eccentric artist.  In order to crown his “prophet” status, he had to have had a divine vision.  Therefore In Egypt in 1904 he had an incredibly profound non-corporeal experience.  Here he got contacted by a being called Aiwass. Aiwass is basically a disembodied voice that dictated to him his book “the book of the law” aka Liber Al vel Legis.

Since we know that part of Aleister Crowley’s philosophy emphasized the importance of the symbolic this inner voice was the creative faculty of Crowley.  Here in this he tapped into and outlined the principles of his quasi-religion Thelema. Aiwass is more of the spirit of creation that Crowley tapped into.

Alester Crowley’s religion had its own pantheon of gods and goddesses.  Aiwass acted more like one of the characters in Crowley’s massive mythology.   Entities like Aiwass technically didn’t have any definitive corporeal embodiment they served as mainly a series of symbolic archetypes and metaphors. Although a lot of them were just adapted from ancient Egyptian religions you could say that they were really just the plethora of human gods across all cultures.  Like worshipping Tefnut the rain god of Ancient Egypt is the same as Worshipping Chaac the rain god of the Mayan.  You could pick and choose the culturally distinct God and the archetypal meaning carried across the practice.

“Love is the law, love under will”  There is a natural law that is recognized and the law is love.  Love is more like a tool to point one in the cosmic direction.  It flows in from a higher being. Love is the ultimate aid in helping people to manifest their purpose.  It can’t be controlled, it is a totalizing force.

“Every man and every woman is a star”  This is a kind of vulgar cosmology.  Ultimately humans carrying out their will that was implanted in them by the cosmic nature are shining bright.

The Aeon of Horus you could say has a crowning feature in the Philosophy of Magick in Theory and Practice.  It’s literally meaning being “crowned child who conquers.”

In the Elemental Magick mythos that the adepts of Thelema aka Thelemites believe that the history of homo sapiens is divided into eons. Supposedly each eon is accompanied by its own mystical presentation and expression.  Here we get an idea of Aleister Crowleys take on the form of God that is explored in the hindu concepts.

The difference between God with a form and God without a form: Saguna Brahman vs Nirguna Brahman

God with a form: Saguna Brahman

The Aeon of Horus is a period that the Thelemite followers believe will be a time of human self-realization and spiritual progress where everybody is vibrating on the same wavelength.

Magick in Theory and Practice is the magnum opus of occultism.  It basically lies out his entire system of western occult magick.  Without the scruples of a strict dogmatism holding him back Alesiter Crowley was able to pull together many different sources.  It includes Eastern Yoga, Hermeticism, medieval grimoires, Mysticism, Works from Helena Blavatsky and Eliphas Levi.

There are four parts to this book: Mysticism, Elemental Theory of Magick, Magick in Theory and practice and The Law which he represents by greek letters ΘΕΛΗΜΑ what we just talked about Thelema.

“Mysticism” is Crowley’s yoga.  For this reason, it is also called “meditation” because it is designed to still the mind for what is called single-pointed concentration. Of course, Crowley stole most of his ideas from eastern Yogic Indian practices typically Pantanjali and Yajnavalkya.  Though the techniques are fundamentally the same, he’s switched it with his own lexicon.

To the Yoga of Crowley there are some key components to understand.

3)Mantra Yoga like that which was practiced by Transcendental meditation.  Typically using Mantras .  Mantras are of course just meaningless words.  Empty phrases which are not meant to excite the mind, but to dull the mind.  This leads to the fourth component.

4)Pratyaharar which is the thoughts becoming still.

5)Dharana is a point in the meditation where the adept can actually recreate an illusionary world in the mind. Where the imaginatory faculties become so honed that it is indistinguishable from reality.  It’s like a hardcore visualization.

6)Dhyana: Is the loss of the object and subject and the ego death.

7)Smadhi: This is the final stage and it is accompanied by the practice of the whole.

“Elemental Theory of Magick” or “Magick”, deals with the accessories of ceremonial magick. Crowley’s concept of esoteric and exoteric were the pinnacles of his magickal adepts and practice. Here is where we learn about the various symbols. That exoteric acts as a conveyance towards the inner.

His concept of surrender is a prominent theme in self-realization and becoming one with what he calls as “the whole.”   In this part he goes into detail about a series of magick objects and artifacts which are to be used. This includes altars, wands, Magick circles, books, Magick fire etc.

Part 3: Magick in Theory and Practice

Magick is the art of causing change to occur to conformity with ones will.  Aleister Crowley claims its also a science. However I think this section needs to be amended somewhat.  My own personal belief here is that the magick of science and the magick of art are two different categories. If I had to categorize Crowley’s methods it would definitely be classified as more of an art form.

Every act of intentionality is Magick

When you mean to undertake baking a cake. You layout your ingredients, potions, magickal artifacts.  I don’t know a baking tray  You set everything up and after you do your exoteric cake baking ceremony, low and behold you’ve got a nice pecan strawberry to scrumple surprise. I don’t fucking know cakes.  Save it for Betty Crocker.

The Legacy of Magick in Theory and Practice

the Magick and mysticism that was laid down by Aleister Crowley has had a prophetic effect on modern art.  The past century has been trying to get away from the old doctrines by the church.