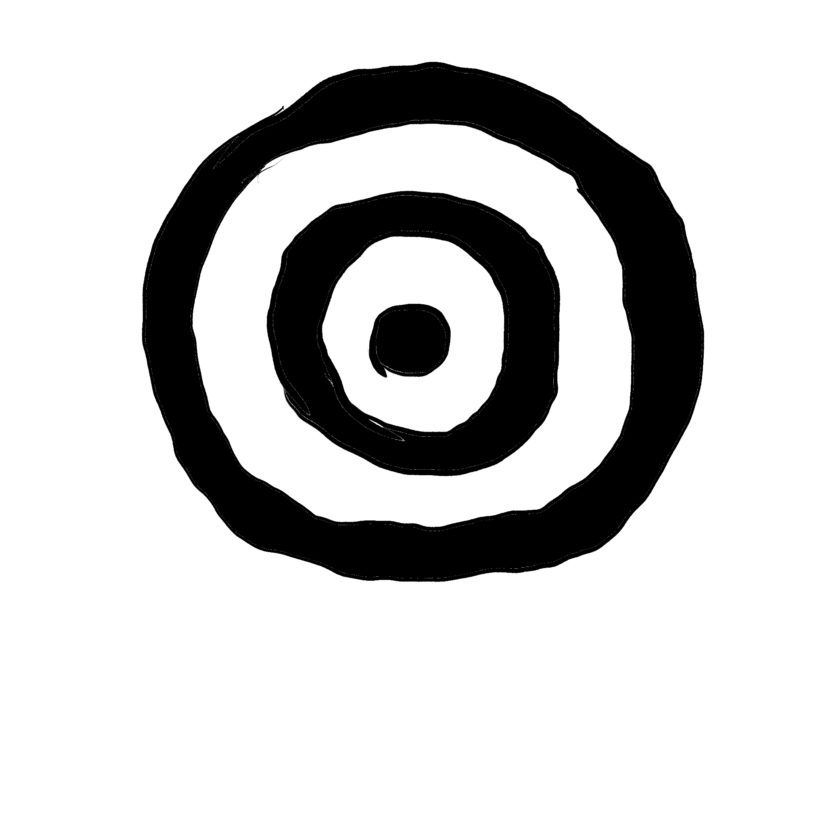 So  you are thinking of getting an Adinkra Symbol tattoo? Maybe you are the kind of person who likes it when something permanent on your body, say a tattoo, carries with it some sort of Magickal mystical inner meaning.  Besides all the twerps who like to get tattoos on a drunken binge, you’re into deeper more cryptic meanings.  Well you’re in luck, because Adinkra symbol tattoos are just jam packed with meaning.

Adinkra Symbols are spiritual symbols rich with deep and existential meaning. By getting Adinkra as a tattoo you trigger the psychospace of the mind. Art & symbolism is an influencer over your state.  Think about how calming a landscape painting is, those same effects are felt when you have art on your body.

Art on the body is a constant reminder for you. This is why people get tattoos as commemorations, birth, death, memorial etc. As the philosopher Gilles Deleuze puts it:

“the body is a site of varying intensities & society draws against these lines of intensity.”

Have you ever meant to remember something and so you tied a string around your finger? Or in preparation for a speech you drew notes on your hand.  Getting a tattoo induces the same sort of memory effect.  Imagery is a power effector to influence the psychic powers of the mind.

because you want it to have deep and spiritual meaning.  n bringing to light Adinkra Symbol tattoos with meanings, it is notable to know that it came about as a result of people attempting to convey meaning before the existence of writing.

Logograms are among the symbols used by the Akans. These people had their traditional homelands at the Gulf of Guinea, which is the present-day; West African Republics of Ghana and the Ivory Coast.

What are the Adinkra Symbols?

Such include harmony, integrity, determination, tolerance, protection and a lot more. Also, they represent and promote the cultural expression, concepts, and traditional mythology of the Ghana and Ivory Coast people.

On this regard, the Ashanti of Ghana and the Gyaman of Cote d’Ivoire in West Africa created the Andrinka as visual symbols to represent concepts or aphorisms that can be used extensively in fabrics, walls, pottery, logos, advertising, and exclusively in tattoos.

Apart from its decorative uses like in adinkra symbol tattoos meanings, the symbols from history serve as a channel for conveying traditional wisdom of proverbs relating to various aspects of life and the environment since it encapsulates meanings that support the transmission of complicating practices and beliefs.

As seen above, these pictograms are the adinkra symbols which happen to be traditionally in existence as far back in 1818. Evidence has it to be somewhat earlier than this. Because a piece of cloth printed in vegetable dye and carrying 15 adinkra symbols was seen before this stated period. Also, there were stars, drums and diamonds that formed the designs on the cloth.

An explorer visiting Ghana in 1927 happen to record about 50 different symbols. Which supposedly, Akran people use them for representing concepts or sayings relating to the world around them and their culture. At the time of this discovery, adinkra symbols were eminent in the Akan culture; from clothing, jewellery to other handmade objects and as well on the walls of buildings or houses.

Notably, Adinkra cloth is of a high price. Because for ceremonial or special occasions such as funerals; an Akan royalty and spiritual leaders will wear it. Unlike today where commercially made clothes are don much more widely.

It is quite unfortunate that most Akan histories were oral. As a result of this, some of these pictograms lost its original name alongside its meanings. Therefore, most adinkras are known today only by their visual representation, such as the symbol of the cowry shell. However, the rest survived with their full meaning intact, which can often be difficult interpreting them when used as tattoos.

A tattoo is not just body art but wearing one requires knowing the profound message and meaning behind it. Noteworthy, when it comes in showing admiration and representing traditional wisdom of the Akans. Adinkra symbols are sure ways to express true identity, culture, and emotions to the world.

In today world, the Adinkra symbols are uniquely still in use as mostly tattoos. Thus, complementing the initial purpose for its creation. About 122 known Adinkra symbol tattoos meanings exist but therein are the common ones; 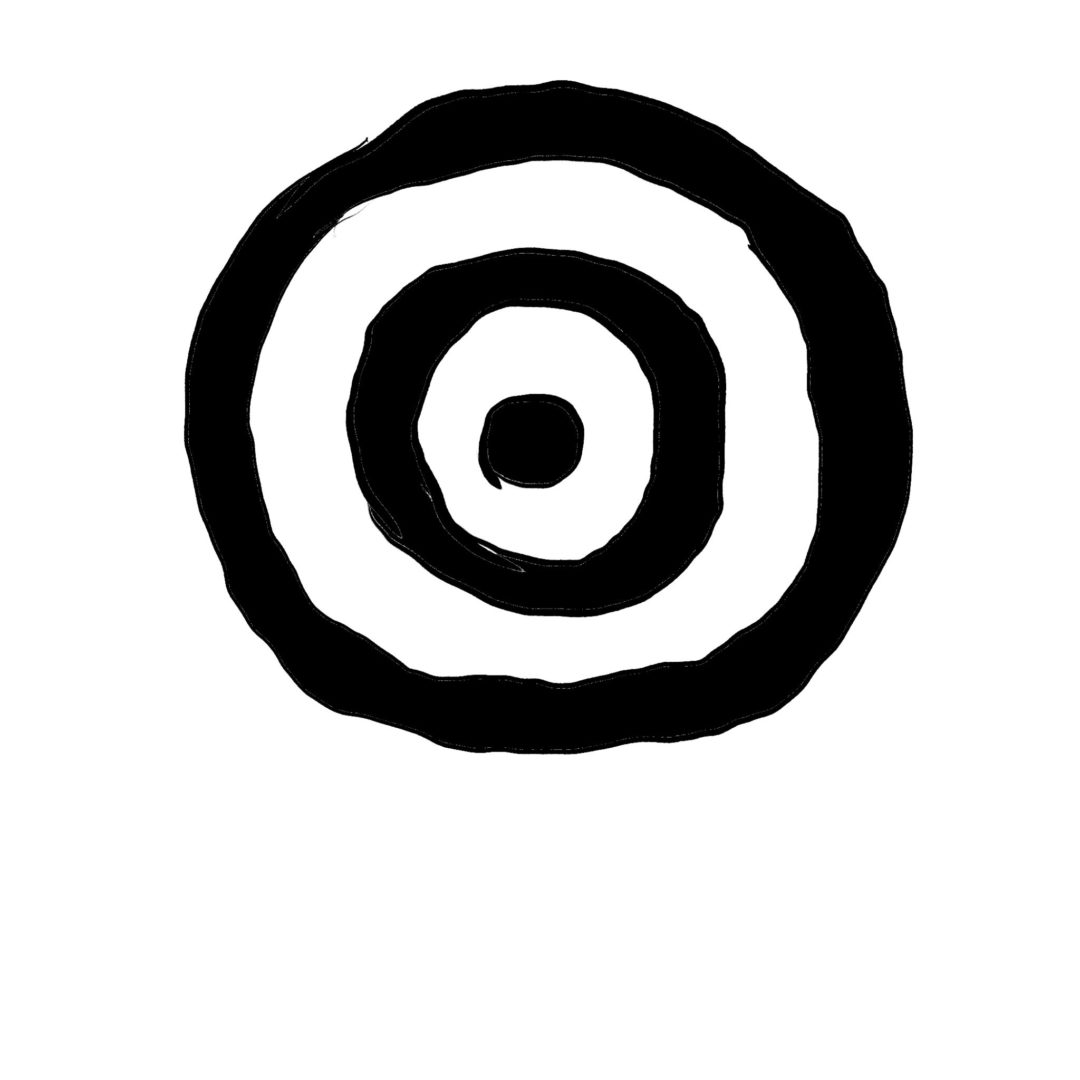 The symbol sets out as the chief of adinkra symbols and represents charismas, leadership and greatness. History says that it laid the foundation for which other adinkra symbols came to be. 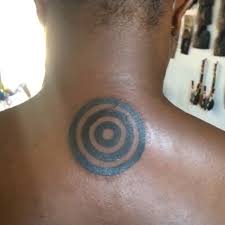 This symbol spurs the presumption that anyone wearing it, is invariably occupying a leading role in a community or group. Thus as a great leader, depicts honourable qualities of the symbol.

It has the fern as another name with its meaning spanning across endurance, tolerance and willpower. Just like the fern can grow in harsh climatic conditions. As suppose, it is paramount that any wearing this symbol has endured many life difficulties or outlasted adversities.

It is a mark of courage and dauntlessness, which points on persistence in a chosen path without waver.

One can call it the crocodile. Its meaning is an abstract from the nature of the reptile in question. As known, the crocodile can live in water and on land. So, this shows one is willing to adapt or survive naturally in any circumstance.

It has the wooden comb as another name. The symbol depicts beauty and cleanliness, also highlighting the qualities of a woman as care, love and goodness.

More emphasis is on the fact that one should look the best and have good hygiene. Nevertheless, it encompasses virtues like consideration, caution, circumspection, and tenderness etc.

Ram horn is another name for this symbol. It portrays being strong with humility just as the ram is notable for fighting against any rival. Also, without hesitation, it becomes humble during slaughter time.

One bearing this tattoo ought to be a person full of strength and exhibits humility. The readiness to learn and develop wisdom are signals for having the mark.

Wearing this symbol brings to light the supremacy of God as it has its meaning as – except for God.

The religious beliefs of the Akan people showcases, having it that one should fear none unless God. Furthermore, this describes the all-encompassing God and his omnipotence.

The symbol is a beacon on – By God grace, as it shows faith and trust in God. It can attest on as the staff of life, in that food is a basis for life. Therefore, one would not survive if not that God made such provision on earth.

On another note, this opens up on the fact that everything one attains is only because – the love of God.

The word means – return and get it. The explanation is that one should try learning from the past and move on. With this, there is no missing out or being at risk of leaving something behind again.

Also, each experience should leave one wiser than before, knowing how to deal with similar or the same-situation in future. Additionally, it is never too late to turn around and start on a new path.

There is a whole lot of adinkra symbols to choose from as tattoos. Thus, this depends on the meaning one wants to depict. Usually, when there is a need to show identity and capabilities.

Hence, there is no appropriate place to draw adinkra tattoos since the symbol does not require any specific body part. Check on Afroetic or Yen Adinkra symbols for more meanings reserved for tattoos.

I am a content strategist that help brands, businesses or individuals create contents which would meet their Key Performance Indicators (KPIs) and achieve Return on Investment (ROI). Furthermore, ensure relevancy and engagement with the target audience while optimizing contents for website visibility on Search Engine Result Pages (SERPs). 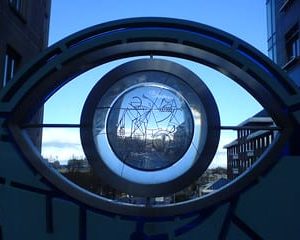 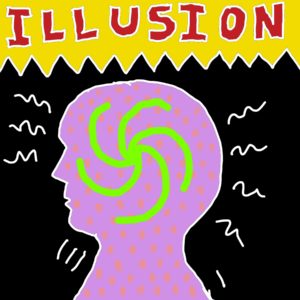