The Birth Of Alan Moore the Magician: The Magic Practicing Artist

Alan Moore is a writer with very bizarre acclaim to his fame.  He came out at the age of 40 and I don’t mean he came out of the closet.  On his 40th birthday, he came out to his friends and declared himself to be a magician. Bizzare right?   Mind you there was a little bit of alcohol involved in this whole charade.  He says that when he woke up he’d felt at that he’d “spoke it into existence”. Now, this declaration he’d made to the universe. It needed to be upheld at the cost of not looking stupid. From that point on Alan Moore uses art to do magic. 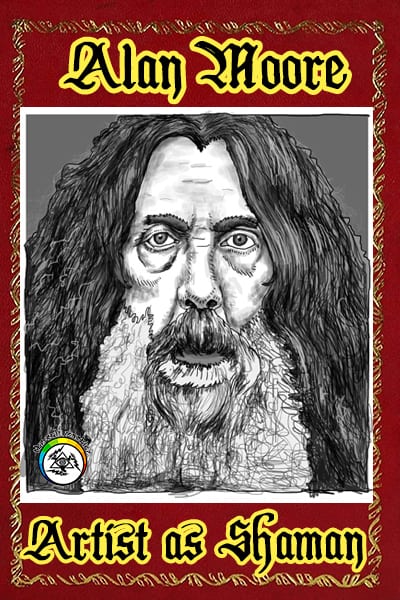 Art as magic, magic as the art

Artist as a magician is not entirely unheard of in art.  Alan Moore uses art to do magic, but he’s not the first.  The Performance artist Joseph Beuys was said to have had his spiritual awakening during WWII after being shot down.  The Haitian painter Hector Hippolite formed an artist society based around voodoo and witchcraft.  The Filmmaker Alexandro Jodorowsky used magic symbolism to create surreal cult-like images in his film. It was, however, Alan Moore who was the first artist/magician to go viral with his interview on magic.  You can see the video here, where it was first posted back in 2013.

“Magic is intrinsically connected with art, language & consciousness to the point where these four things become different aspects of the same phenomenon…”

By the standards of Alan Moore, the artist/magician is not too far of a stretch.  He claims that art itself has its roots deeply ingrained in the traditions of magic.  In this way, the artist/magician acts as a certain modern shaman or priest.  Creation, according to him, lies within the domain of the magician.  This is because the magician mixes and manipulates symbols to his will. The same goes for the artist.  One should note that symbols could be anything.  They could be language to musical notes to car parts.  With this in mind, the artist/shaman can bring about a “new consciousness.”

So what exactly makes an Artist into a Magician?

Since a change in consciousness is the aim of an artist/magician there are a series of things that need to first be understood.  Artists in modern society, that is, act as our high priests. They hold the keys to the spiritual dimension.  In this way, we have to look at culture as having its roots in the cult.  Facets from which culture is made and maintained lie within the domain of the spiritual dimension.

A cult was a place where people could connect to the spirit of the universe. Vast metaphysical space is composed of ideas outside of this realm.  Magic practitioners acted as the intermediary between this world and the other. Magicians, as such the artist, could bring things from the mental space into the material (real) space. Ideas like this are all too common in hermetic, where Moore derived his ideas on magic

Who Are The God’s Alan Moores Uses?

Monotheism proved to be problematic for Alan Moores’s concept of the magic undertaking. Here we see the Alan Moore pantheon.

Glycon is a snake god with golden locks of hair. He was prominent in the 2nd-century Roman era. 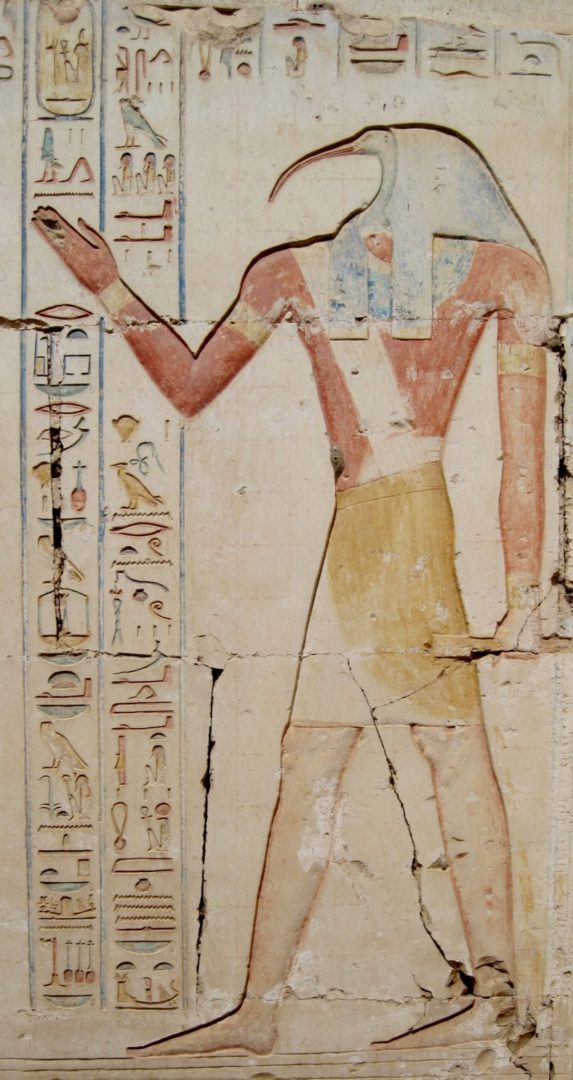 This Ibis headed God was the moon god of Egyptian mythology.  The God Thoth was also the god of wisdom, writing, magic, and measurement of time, among other things.

Hermes was one of the Olympic Greek Gods and was also the God of trade, thieves, travelers, sports, athletes and border crossings.  Hermes too specialized as the messenger of the Gods and guide to the underworld. 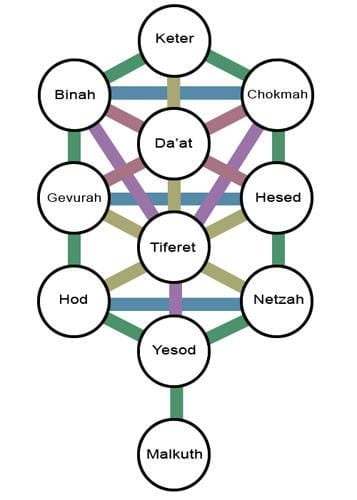 God first created sacred Sefirot. Here we see the Sefirot as it is 10 divine channels through which God himself could be condensed, contracted, and then released as special attributes. These attributes could then give rise to a diversity of finite creations. Macrocosm/microcosm or as Moore refers to Solve et Coagula.  All of reality.  Everything is reflected and echoes out into all the others.

The Work of Alan Moore

Most of Alan Moores’s work focuses on the transformation of reality and the role that the magician lends towards that goal. 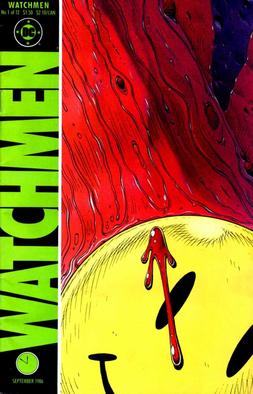 In Alan Moores Watchmen he uses here “Solvency” to deconstruct the typical superhero.  We see doctor manhattan who himself was deconstructed and reconstructed as per his perception.  The humanization of the supermen reveals pathology behind the superhero genre itself. That is brutality, force, strength & authority.  I don’t want to give up the ending but we see a magnificent and artistic finale that can only be described as the perfect culmination of coagula through artistic “illusion.”

The main protagonist is a rogue character who masquerades in a totalitarian England. He sets out to reform society.   Everybody is familiar with V. The character wearing the smiling Guy Fawkes mask.   This character in many ways embodies the qualities of Alan Moores magician.  Seeks to bring about the destruction of the oppressive social order to rebuild society.  He is a collector of fine culture: music and art.

Promethea entails the story of a girl who escapes the scouring of Alexandria by the Christians.  She ventures off into the desert where she is picked up and taught by Thoth and Hermes.  This is one of Moores’s more esoteric stories.  The whole story itself is chronologically collected in a way that is meant to symbolically represent some of Moores’s magic teachings.  Promethea was meant to be that book that changes our perceptions of everything.

The Swamp thing is another of Moores’s ability to generate mythology.  Swamp thing was a relatively low performing series. With swamp thing, Moore resurrects the DC universe into a modern demigod pantheon.

Here the author draws on both ecstatic visions of artists like William Blake and the theoretical physics of Einstein.  He takes us through the back alley streets of his hometown of Northampton, UK. In Jerusalem, we see a half square mile of demolition and coagula that was once the Saxon capital of England.  Eternity is here among the saints, kings, prostitutes, and degradation of humankind.

How art has been perverted

According to Moore, magic forms the basis for all contemporary societies’ cultural artifacts. Magic was formerly known as “the art” and referred to numerous different schools of thought and practice.  The 20th century was about de-vesting the magical properties inherent with those schools and practices (the arts). All the ritual and spiritual components have been separated.

Caste a Spell: Simply means to spell (as in arranging symbols).

Psychedelia: Freud took the mind and made it Psychoanalysis

Evil Art: How commercials take over our minds

According to Moore, the magical properties of “the art” have been perverted. Magical power has degenerated to the level of cheap entertainment and manipulation: commercials, propaganda, advertisers rather than try to “wake people up” they use their power as an opiate to tranquilize people.  Make people manipulated.

“Their shamanism is used as an opiate to tranquilize people.  To make people more manipulable. Magic words and jingles can have everybody on the same page. Creating the same consumer mindset in everybody at the same time.”

Solve and Coagula refer to two primary forces.  Creation and destruction.  These two very simple concepts form the basis for the entire process of the universe.  The material forming from the Immaterial. Things interact with our brains brain draws a mental model of what it perceives.  The stimuli to be like.

Storytelling & Art are a method to cast illusions.

“Money is a promise, to redeem the cash of every bearer for its worth in gold or merchandise.  An empty promise. Should we all demand at once redemption of our coins, we’d learn such wealth does not exist.  Money’s imaginary; real if we believe in it.”

Magical alteration of reality by transforming the way we think about it.

“Representation…allows for the origination of verbal language, with this sound or this collection of marks somehow also standing for that buffalo over there… language is the necessary precursor of our unique form of consciousness…humanities first purposeful engagement with the phenomena and possibilities of consciousness…out of this entirety of human culture, writing, painting, song, music, theater, science, medicine & even politics.”

Comedians are a force to be reckoned with

A witch can put a curse on you and a wizard can turn you into a frog. But A Comedian, however, can destroy you forever.  With one simple joke, your credibility and reputation forever after will be tarnished.  Satire can be one of the most powerful forces in the artist/magicians arsenal.  Here are some examples

-Vlad the Impaler: He was pretty bad, but the satires made him look even worse than he was.

Humans are amphibians. They live in two worlds at once: Matter & Mind.

Magic is creative power. Artists need to take responsibility for their skills and talent and not throw them to the wind.  So often I see artists creating art to pander to the crowd. Culture and Society are set to undergo are-synthesization of mind & matter.  Artists must treat their expression with the utmost care and devoid of all ideology.  In yet, I see artists across the internet pandering.  It’s as if they create art, not as something that stems from the soul of the universe but instead gives in to the masses. Artists don’t create to give people what they want, they create to give people what they need.