A DMT bad trip can happen to anyone. All hallucinogenic substances share pretty similar effects. They usually offer users a unique opportunity to have an “out-of-body” experience and dive into the wonders of the complex human consciousness. With this comes also a not so great side. That is because Some people may experience some really bad side effects on these substances commonly referred to as a “bad trip.” DMT is no exception.

A bad trip can be a completely horrifying experience for users. Sometimes, it leads to people never trying it again. There are some medical advice and other tips that you can follow and, hopefully, never have to deal with a bad trip. 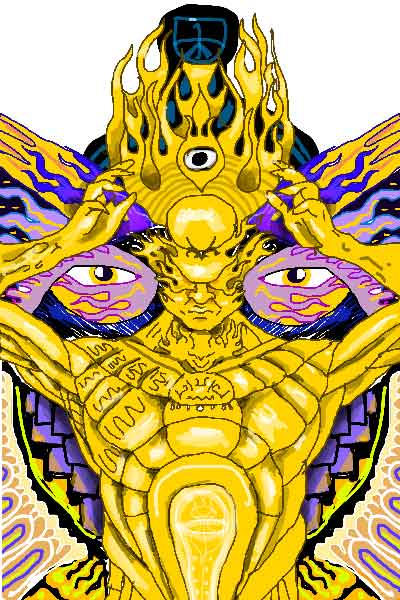 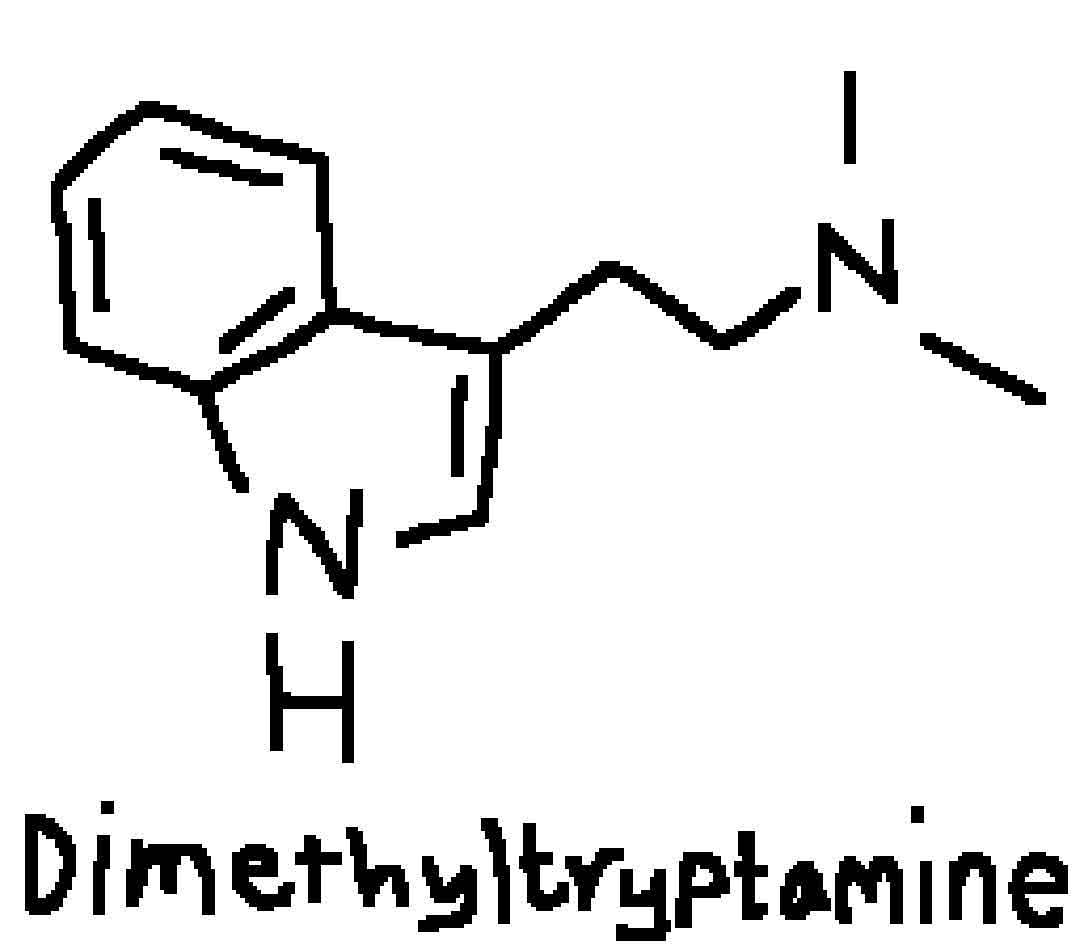 DMT, or N, N-dimethyltryptamine in medical terms, is a hallucinogenic tryptamine drug which is extracted from many plant species. It can be also produced in a laboratory (referred to as Synthetic DMT). It is also known as Dimitri or Fantasia. For centuries, this particular substance was used at religious ceremonies in several South American countries, which, like so many other psychedelics, may have contributed to its popularity.

There’s an on-going debate in the scientific community about the natural existence of DMT in the human brain, but it still hasn’t been 100% proven. There are two main hypotheses on this theory; some experts believe that people produce DMT in the brain throughout the pineal gland and it is released when we dream (which could explain the similarities between dreams and the DMT trip). While others argue that the DMT is released during birth and death (which may be the reason for those mystical near-death experience reports – it’s just a psychedelic trip).
It is also unknown whether DMT is addictive or not, and even if it isn’t, its use is not recommended, especially for fairly new psychedelic users.  Like with many other psychedelic substances, DMT must be approached with reverence and caution. Before journeying in its complex world, it is crucial to do plenty of research to avoid a DMT bad trip. DMT is most used in its synthetic form for its powerful hallucinogenic effects, and it’s illegal to make, buy, possess, or distribute in the USA.

Synthetic DMT usually comes in the form of a white, crystalline powder.  It can be smoked, vaporized, snorted, or injected. After consumption, DMT kicks in pretty fast, producing effects within 5 to 10 minutes.  The DMT trip intensity and duration depend on several factors such as quantity used, which method was used, whether you’ve eaten or not, and whether you’ve taken or are under the effect of other substances.

In general, the effects of inhaled, snorted or injected DMT last from 30 to 45 minutes.

Signs of a DMT Bad Trip

As with most psychedelics, DMT affects individuals in very different ways. The experience can
be joyful, pure ecstasy, overwhelming, and sometimes frightening. There are hundreds of reports on its
psychoactive effects, including the feeling of traveling at warp speed through a tunnel, filled with bright lights, or having an out-of-body experience and feeling you’ve changed into something else.

Some users also have reported visiting other worlds or communicating with elf-like beings, but not funnily or pleasantly. One thing is similar between all these different stories: it is frequently reported a pretty rough the comedown from the DMT trip, leaving users feeling unsettled.

DMT is a powerful substance that causes a number of mental and physical effects, some of
which are desirable, others not so much. DMT effects, like in almost every substance, vary depending on the user’s weight, body composition, the quantity used, and the user’s state of mind. Also keep in mind that some people experience lingering mental effects for days, and even weeks, after use.

possible mental effects of DMT include:

The possible physical effects of DMT include:

There are many psychological and physical risks in taking too much DMT. some of them potentially
serious. Like most hallucinogens, DMT has the potential of taking you on a bad trip which can be
overwhelming and very dangerous. Bad trips are different for everyone, with people
experiencing things like unpleasant visuals, frighten feelings, screaming and crying attacks, the
feeling of not being in control, and wanting (unsuccessfully) it to stop.
This risk increases with a higher dose, or if the user is in a negative state of mind. Many users
have reported being left shaken by a bad DMT trip for days, weeks, and even months after.
DMT can also cause persistent psychosis and hallucinogen persisting perception disorder
(HPPD). Despite being both rare, it’s more likely to occur in people with preexisting mental
health conditions (particularly schizophrenia).
The most notorious physical risk using DMT is the raise of both heart rate and blood pressure,
which is especially harmful if the user has a heart condition or high blood pressure.
It may also occur:
●Seizures
●Loss of muscle coordination, which increases the risk of falls and injuries
●Confusion

Another risk while having a DMT trip is it can interact with a range of other prescriptions and
medications, as well as other drugs. So, if you’re using DMT, avoid mixing it with alcohol,
antihistamines, muscle relaxants, opioids, benzodiazepines, amphetamines, LSD, mushrooms,
ketamine, gamma-hydroxybutyric acid (GHB), cocaine, and cannabis.

Serotonin syndrome disorder is a potentially life-threatening condition that can happen while
tripping on DMT. This happens because DMT can result in high levels of the neurotransmitter
serotonin. Also, people who use DMT while on antidepressants, especially monoamine oxidase
inhibitors (MAOIs), have a higher risk of developing this condition.

Keep in mind that DMT is an extremely powerful hallucinogenic so it is not for inexperienced
users in psychedelic drugs.
If you’re going to try it, there are a few tips you can follow to avoid experiencing a DMT bad
trip:
●Don’t use it alone, do it around people you trust
●Have at least one sober person around, in case things take a turn for the worse
●Use it in a safe and comfortable place
●Sit or lie down, to reduce the risk of falling while you’re tripping
●Don’t mix DMT with alcohol or other substances
●Use it when you’re in a positive state of mind, otherwise don’t do it – you may end up
having a bad trip
●Avoid using DMT if you’re on antidepressants, have a heart condition, or high blood
pressure
NOTE: Taking a higher dose increases your chances of a bad trip, as does the use of DMT if
you’re in a negative frame of mind. Try experimenting with very small doses first to see how
you/your body reacts to it.