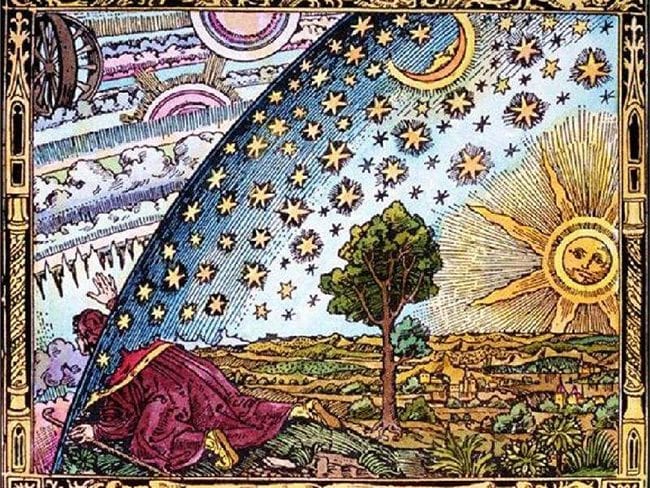 Two new religious/philosophical movements gained footholds during late antiquity: Gnosticism and Hermeticism. And while they share a lot of similarities in their core beliefs, they are also quite different. Keep reading to find out what makes them unique in this brief guide: Gnosticism vs Hermeticism.

Historically speaking, Gnosticism did not exist the way it is referred to in modern times. Today, it essentially refers to a collection of beliefs held by some modern Christian groups that did not survive as the Church developed.

Belief-wise, Gnosticism generally refers to the belief that the physical world is a prison for the spirit. It has the idea that true knowledge comes not through reason but direct revelation. This view of knowledge was particularly popular in light of the intellectual tradition of ancient Greece and Rome. Reason was the measure of truth, always: direct revelation rarely had the sanction of traditional philosophy.

Gnostics identify the creator of the universe, the demiurge (a sort of material god that isn’t the true God), as an evil figure rather than a good one, that keeps people trapped in a world of physical illusions. So, they regard matter as degraded.

There are also archons, not benevolent angels, that feed of our bodily urges. Naturally, this led to the practice of asceticism – the ritual denial of the needs of the body. In fact, one of the reasons there are so few Gnostics is that many sects denied the holiness of sex and consider reproduction itself to be a sin.

Gnostic beliefs also stress the idea of achieving gnosis – a personal transcendence of the flesh and a direct experience of God.

There are other big differences from modern Christianity, such as that Jesus’s resurrection was as a spirit and not a corporeal one, and sometimes other non-canonical gospels are the focus of sects labeled as gnostic. In reality, before the rise of the Church, there were just many versions of early Christian beliefs.

Hermeticism is based on the Hermetic writings of the figure Hermes Trismegistus, a possibly real and singular individual, possibly literary and written by multiple authors. They similarly put forward an idea that the material world is something of an illusion, and that all that we experience takes place in the mind.

His texts also stress the unity of all things in the universe and go on to explain that the reason we experience the world the way we do is that universe is in constant motion, and what we perceive are the effects of the vibrations, and the ebb and flow caused by polarity and rhythm between individual bodies that are part of a greater system.

The Hermetic doctrine is laid out in a series of hermetic writings, mostly dialogues, compiled as the “Corpus Hermeticum”. To say “the Hermetic doctrine” is a bit inaccurate, as these dialogues outline doctrines, some of them contradictory (for instance in some, matter is treated as degraded, same as in Gnosticism; in others, matter is holy).

(You can read an in-depth guide on Hermeticism here.)

Gnosticism and Hermeticism flourished in the same period in Ancient Egypt, in the same spiritual climate, sharing the goal of allowing the soul to escape from the material realm, and emphasizing a personal knowledge of God. Both groups held that the fundamental relationship between God and man could be found through gnosis (knowledge, understanding), to “see” God, and in some instances to become one with God.

However, there are some significant differences between Hermeticism and Gnosticism regarding philosophical cosmology, theology, and anthropology:

These three divisions also reflect a threefold view of the universe: the celestial, the material, and the divine. God, who is featureless and without any quality but goodness, is reflected by a divine intelligence or nous. This nous, the demiurge or craftsman of the cosmos, gives an order to the universe. Different Hermetic tracts provide slightly different cosmologies, but they always describe a chain of being from incorruptible perfect idealism to matter, whether regarded as evil or merely transient.

Philosophically speaking, this amalgamation of the various streams that led to modern occultism lacks any sort of overarching system. Overall, the result of this amalgamation wasn’t so much consciously constructed as cobbled together. Yet this result does resemble a system: we can clearly say what is and is not western occultism, at least in some terms. For one thing, western traditional occultism describes a chain of being. It recognizes the importance of consciousness and regards consciousness as a universal law. It also reflects an ethical system, in which the cultivation of virtue is concurrent with the cultivation of magical power.

The grimoires that arose from the late renaissance and early enlightenment experimentation with magic emphasize this ethical system. “The Arbatel of Magic”, a 16th-century grimoire, consists mainly of moral aphorisms, which do not look out of place in the light of the Hermetica or Neoplatonic writing. Moral virtue is connected to magical virtue, in the sense of power. Similarly, the “Book of the Sacred Magic of Abramelin” describes magic as a side-effect of the theurgic work of attaining knowledge and conversation of a holy guardian angel. Even the “Goetia”, a very practical work of demonic magic, is not without its moral exhortations.

With a cosmology, a system of ethics, and a theology all its own, it’s clear that the western mystery tradition arising from the confluence of Neoplatonism, Gnosticism, and Hermeticism is itself a religion. Of course, the magicians cleaving to these systems wished to connect it to their religions, usually some variety of Christianity. But it differs from Christian theology in significant ways. Although there is talk of salvation and the son of God in the Hermetica, there is little talk of original sin, no indication that humans must be saved or will burn forever. Moreover, there are occasional references to the transmigration of souls in Neoplatonic philosophy and western mysticism. It’s clear that western Hermeticism is, or at least can be regarded as a separate and distinct religion.

Yet it is not a dogmatic religion, but a religion of personal gnosis. This feature is one reason that the Hermetic dialogues do not always agree on fine matters of cosmology. This element of personal gnosis is also the feature that allows the diverse manifestations of western magic. Some of the better grimoires, for example, appear to be notebooks designed for students or the practitioner himself. This is one reason the grimoires often differ in details.

Similarly, it is a religion with no central authority, no clergy, and no particular sacraments. It is a religion, therefore, not of orthodoxy but orthopraxy, but the practice is defined by the practitioner himself or herself. Even the issue of whether or not it is a monotheistic or polytheistic religion is left, in part, to the practitioner. While there are Hermetic texts that argue for monotheism, they argue for a nonpersonal monotheistic god with multiple personal gods acting as intermediaries.

Today both Hermeticism and Gnosticism have become cornerstone belief structures in the creation of what would now be considered the different occult movements. Adversary belief systems (ones that make a point of being opposed to Christian dogma, such as modern Gnostics, Luciferians, Theosophists, etc.) draw heavily from Gnostic beliefs because of the stressed idea that the divine should be experienced directly and individually. Meanwhile, practitioners of belief systems that believe the spiritual world and physical world are the same and that one can come closer to God by shifting their physical life and personal vibration (such as practitioners of the Golden Dawn, Thelema, and Free Masonry), draw more heavily from Hermetic philosophy.

“Gnosticism and Hermeticism both believe that a divine ‘spark’ is implanted in man, and that man can come to know God. However, Gnosticism involves an absolutely negative account of creation. It does not regard creation as a part of God’s being, or as ‘completing’ God [as hermeticism does]. Nor does Gnosticism hold that God somehow needs man to know Him. Hermeticism is also very often confused with Neoplatonism. Like the Hermeticists, Plotinus holds that the cosmos is a circular process of emanation from and return to the One. Unlike the Hermeticists, Plotinus does not hold that the One is completed by man’s contemplation of it.”

Hegel and the Hermetic Tradition by Glenn Alexander Magee

What are your thoughts/experiences on this subject? Let us know in the comment section down below. 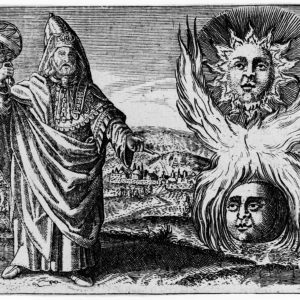 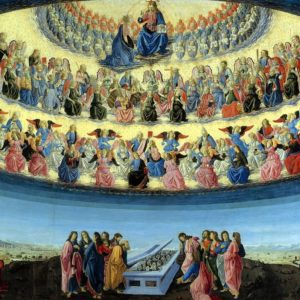