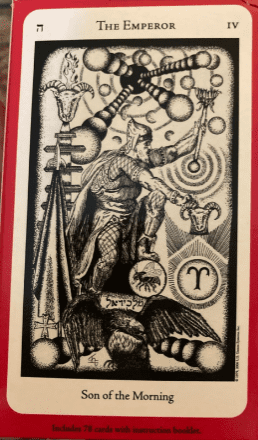 About the Hermetic Tarot Deck 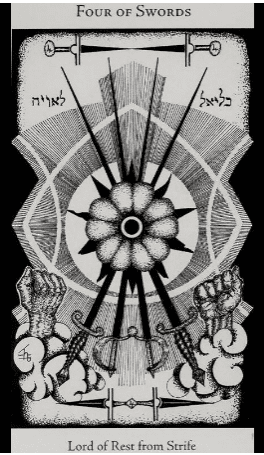 The Hermetic Tarot deck features the esoteric black-and-white imagery of the Golden Dawn, which emphasizes the ancient order’s mystical, astrological, and Kabbalistic elements. Early followers of the Hermetic Order of the Golden Dawn were encouraged to create customized Tarot packs based on Mathers’ deck and work for their own use. The Society issued some guidelines for its followers to know, although these guidelines were at best terse.

Hermetic tradition comes from the ancient philosophy of hermeticism.  This is a pre-Christian mystical science discovered by Hermes Trismegistus.

As additional participants replicated decks based on earlier drawn cards, the variations and alterations became increasingly obvious. Because Mathers’ original Tarot deck has not been passed down, today’s Golden Dawn researchers—whose numbers are growing and flourishing in Europe and the United States—often allocate personal interpretations and adjustments to their own personal version of the Tarot as it may have existed in the Order over 80 years ago.

Art of the Deck

The Hermetic Tarot’s cards reveal a blend of detail and symbolism that captures the atmosphere and sense of each graphic image, according to Godfrey Dowson. Almost every single card has subtle differences. In the 8 of Pentacles (Lord of Prudence), for example, fingertips touch the stem of a rose bush, in contrast to the solid clasp of a hand in the 4 of Pentacles (Lord of Earthly Power).

The artist’s ability is evident in the tattered swords in the 9 of Swords (Lord of Despair and Cruelty) as well as the full-bloom roses in the 6 of Pentacles (Lord of Material Success). Thorough examination of each card exposes a fresh depth and scope not observed in prior readings for the first time. The focus on the Golden Dawn astrological inferences of the cards is one of Dowson’s Hermetic Tarot’s most notable aspects.

Check out these Hermetic Tarot Decks. 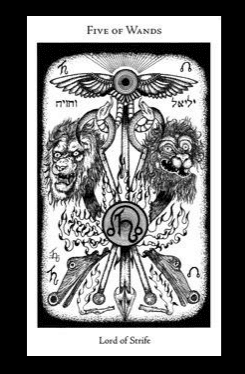 Mathers assigned a comprehensive set of correspondences between the Tarot and the zodiac before the turn of the century. The deck is based upon a tremendous amount of information including library documents, secret manuscripts, and personal research. Dowson’s card designs also include unambiguous symbols that aid the pupil in correlating these astrological correspondences every time he or she reads the cards. Of course, Crowley accomplishes the same thing in his tarot deck, but the symbols aren’t always as apparent as they are here. An understanding of astrology can help in Tarot interpretation, and vice versa. The Golden Dawn’s ingenuity was in combining these systems.

Godfrey Dowson has created a captivating recreated version of the Tarot in The Hermetic Tarot, which has become one of the most significant esoteric Tarot decks produced in the twentieth century.

The Hermetic Tarot deck’s back design depicts a full-bloom rose. The sigil—the insignia of a master craftsman—can be seen on each card. This mark appears on all of Godfrey Dowson’s work. The artist created the original artwork for the Hermetic Tarot deck between 1975 and 1977, and it is now part of the Stuart and Marilyn R. Kaplan Playing Card Collection.

Who is the Deck For? 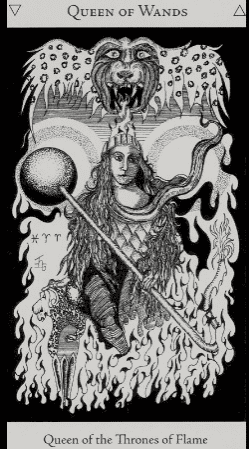 This is a deck that all serious tarot students and professionals should have. It’s packed with alchemical, astrological, and mystical symbolism. Keep in mind that there will be a learning curve. Anyone with a basic understanding of tarot should be able to translate these cards fairly quickly. But those without a thorough understanding of astrology and alchemy will have to undertake a lot of research if they want to fully harness the deck’s potential. You must learn the rules and then “forget” them in order to give an excellent tarot reading. It’s akin to making improvised music. You won’t be able to execute it well unless you study the technical aspects. But the best ideas always come from intuition.

For a debut deck, this could be a touch too ambitious. However, anyone with a basic understanding of tarot will enjoy working with this deck. Most cards also have accompanying angels, each of whom is in charge of a specific mission. This material will be extremely valuable to anyone who works with witchcraft. Many tarot decks re-imagine the Rider Waite deck with a theme, making it more about connecting with the artwork. That isn’t a problem, but this deck is a whole different story.

This deck is packed with knowledge that requires hard study. But anyone who is serious about learning will gladly accept the task. It may not be for those who are not seeking to learn and who prefer to work completely intuitively. This deck may become a favorite for those who are serious students of tarot, kabbalah, or the occult in general.