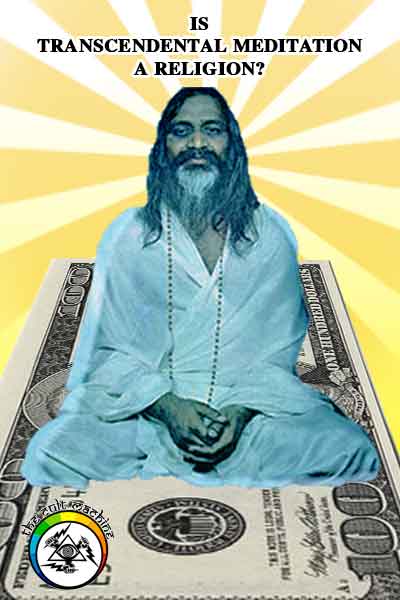 Is transcendental meditation a religion? The answer is a no, yes, and it depends.  Make no mistake, however. Some would have you think that Transcendental meditation itself is merely a methodology for attaining an altered state of consciousness and nothing else.  However, TM is so much more than that. It can’t be simply chalked up to some nostalgic spiritual vitamin. It’s far-reaching, expansive, and far too complicated to just be written off as “a technique.”

The reason for this is because Transcendental Meditation is an incredibly dynamic form of meditation. And this is due to a lot of factors that go beyond just its wild technical side effects.  Dynamics in the spirit “realm” can’t be thought of mechanistically.  This is not euclidian physics.  All particulate matter attracts every other particulate in the universe with a force that is directly proportional to the product of their masses. As for Transcendental meditation? Well, TM induces a spiritual awakening. Try quantifying that.

Is Transcendental Meditation a religion?  Again, that’s what we are asking here.  It’s not just a brain tonic an act, a technique.   Religion itself is a requirement of having a religious experience.  A part of the soul yearns for that connectedness to the almighty.  Spirit drinks from the dream seed of the cosmic eternal Poo-baa.

In considering  TM we have to take a look at its development in the modern era.  Realize that the post-modern world evades religions like the plague.  It makes it hard to introduce the modern man to meditation. For this reason, TM found a way to infiltrate the “impermeable” veneer of the hard-headed Western ethos. It did this with the sole intention of raising the consciousness of the dimwitted businessman or the confounded employee wage slave.  Though Spirit needs to be fed a dose of religion, it doesn’t need that much.  Maharishi crafted TM with such elegance that the religious elements of the method went relatively undetected.  It’s a testament to his masterhood.

So is Transcendental meditation a religion? This doesn’t answer the question entirely.  We want a confounded thought out argument to figure this thing out.  Playing semantic games is exhausting anyway.   Also taking its long a fledgling history along with it.  Sure religious experience may arise due to using this standard deviation of sitting and pondering.  But we ask is it a symptom or is it a direct part of its inherent programming?  In this case, it can be hard to separate ideology from practice.

Take into account the origins of Transcendental Meditation.  Maharishi Mahesh Yogi developed TM. You might know the Maharishi as the guru to the Beatles. Now not only did he set up a worldwide organization that has been characterized as a new religious movement ( cult). But he also inspired a sort of commune.

In answering the questions “is transcendental meditation a religion” we first need to take a look at this alleged transcendental community. Religion is a congregation.  Therefore if Transcendental Meditation was purely meant to be a technique then why did the Maharishis convene in a cult-like community in Iowa?

The Author, Clair Hoffman wrote of her experience at the Maharishi cult in “Greetings from Utopia Park: Surviving a Transcendent Childhood Spent in the Shadow of a Guru.”   In her memoir, she describes how she and her family moved to the idyllic utopian community in Fairfield Iowa to be with the Maharishi practitioners.

Maharishi believed so much that his technique could change the world. He believed that a large gathering of transcendental meditators would all meditate at the same time.   Somehow a mass of meditators would create some sort of peace engine that would radiate out into the globe and bring on world peace.  So thousands of people, in the ’80s and ’90s, would convene in this small community to meditate for a few hours a day.

Firstly, teachers of this method must be certified by Maharishi Foundation USA. What is this Maharishi foundation? Read the front page of the website of the Maharishi website. It states as their official mission:

“The Maharishi Foundations is to re-awaken the timeless wisdom of the Vedas and based on over 600 scientific research studies, apply Maharishi’s Vedic technologies in every area of human life and endeavor to elevate the people of Nepal and every country.”

The Vedas encompass the largest body of religious texts to have come out of ancient India. These texts constitute the oldest scriptures in the Hindu religion.  Since the Maharishi foundation wants to implement teachings of religion into its doctrine, it goes without question that there is some sort of religion at play here.

It is helpful to note here as well that meditation is also a component of many ancient religious traditions.  Though there may be subtle differences between them they all require a level of supernatural belief.  Hinduism, though, is not a dogmatic or proselytizing religion. This is because it is more of philosophy with mythological elements.

Maharishi wanted to take the idea of meditation to what he called “the householder class.” This was a revolutionary thought in India.  It wasn’t normal that just regular people could simply meditate and go to work.  Meditation served the monks, yogis, and gurus who served in these various religious sects. In this way, Maharishi was able to superimpose secular thought over religious practice. He was, likewise, able to open these benefits of yogic teachings to an otherwise unindoctrinated class.

If you’ve ever taken the time to sit and meditate. You’d realize that there is something transformational going on inside of your mind.  Meditation expands consciousness. Therefore it’s safe to consider that meditation somehow actives higher consciousness.  Nobody knows what consciousness is yet. Sure, scientists have been able to tap into people’s brainwaves.  They can also read pulses in the brain to invoke behavior in lab studies.  Science can’t tap into how consciousness is generating or where it is generating from.

The Scientific community has reached a deadlock in regards to consciousness.  For this reason, therefore, consciousness is still strongly in the religious team’s court.  Think about this. When we sit and meditate we connect with this consciousness.  According to the Vedas, there is a contemplative meditation called Dhyana. Dhyana is a form of practice that induces a state of self-knowing known as Samadhi.  This Samadhi is the stage at which union with divinity has been reached.  As per the Vedas, which are the basis of Maharishis teachings.  Achieving Samadhi is the ultimate goal of any Yogic practice. Thus meditation itself is meant to lead a person down the path towards rendezvous with the divine.

Ways that Transcendental Meditation is Not a Religion

If you take transcendental meditation away from any ideology, you get a technique.  That is it.  In all actuality, transcendental meditation is simply that. Meditation. It doesn’t require any sort of dogma or belief system to begin and reap its benefits.  Simply follow this technique. The problem though is this. Part of gaining its benefit requires a kind of religious devotion.

Transcendental Meditation is a brand

The church of Transcendental meditation is obsessed with maintaining purity.  That is why if your TM is not ordained through a certified TM instructor than it’s not the real thing.  TM is boxed frosted flakes while your generic brand TM is just bottom shelf bagged cereal.  Transcendental Meditation is the real Coca-Cola,  anything else you learn is fizzy fuzz-pop.

Let’s face it.  Gurus need to be brilliant marketers.  They do this because reaching and connecting to seekers is their primary duty.  Maharishi wanted to reach out and touch the millions of working-class individuals who could benefit tremendously from meditation but didn’t connect with the ideology. So he did it in the language of the businessman. Through creating a cult-brand.

Quality control is essential in Transcendental Meditation. A Certified TM® instructor is the only place to received instruction.  It requires one session of personal instruction which is then accompanied by a 3-day “checking” period.  This ensures that the student is doing the technique correctly. After this its bon voyage.

Maharishi wanted to “active radiance.”  He wanted large groups of people all to meditate at the same time.  It was an effect of these group meditation sessions.  Guru Maharishi believed that it would raise the vibration level in the environment.  Eventually, this greater vibration would actively affect the world.

In these large “sit-in” meditations Sidhas would mediate together for just a few weeks.  He though crime, accidents, violence, and hospital admissions would sink.  However, there is no scientific evidence to prove that any of these claims are valid.

Is Transcendental Meditation a Religion?

By and by it depends on your perception.  In some ways, it is compatible with all of the world’s major religions.  However many of the non-Hindu religions reject it.  The Catholic church released a pastoral statement condemning Maharishi and likewise transcendental meditation.

Ultimately I’ve laid out a framework to go by.  It encompasses the many facets of the dynamic and complicated world of Transcendental Meditation.   It doesn’t matter if Transcendental meditation is a religion or not, to be honest.  It’s a highly effective form of meditation that can greatly impact and positively influence one’s life. 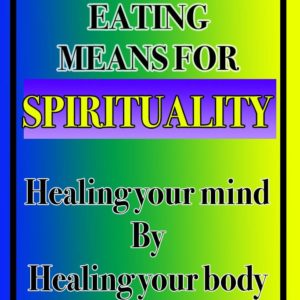 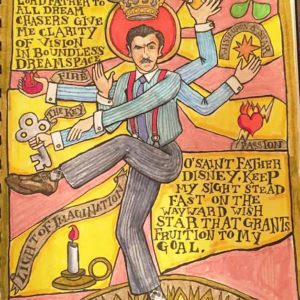