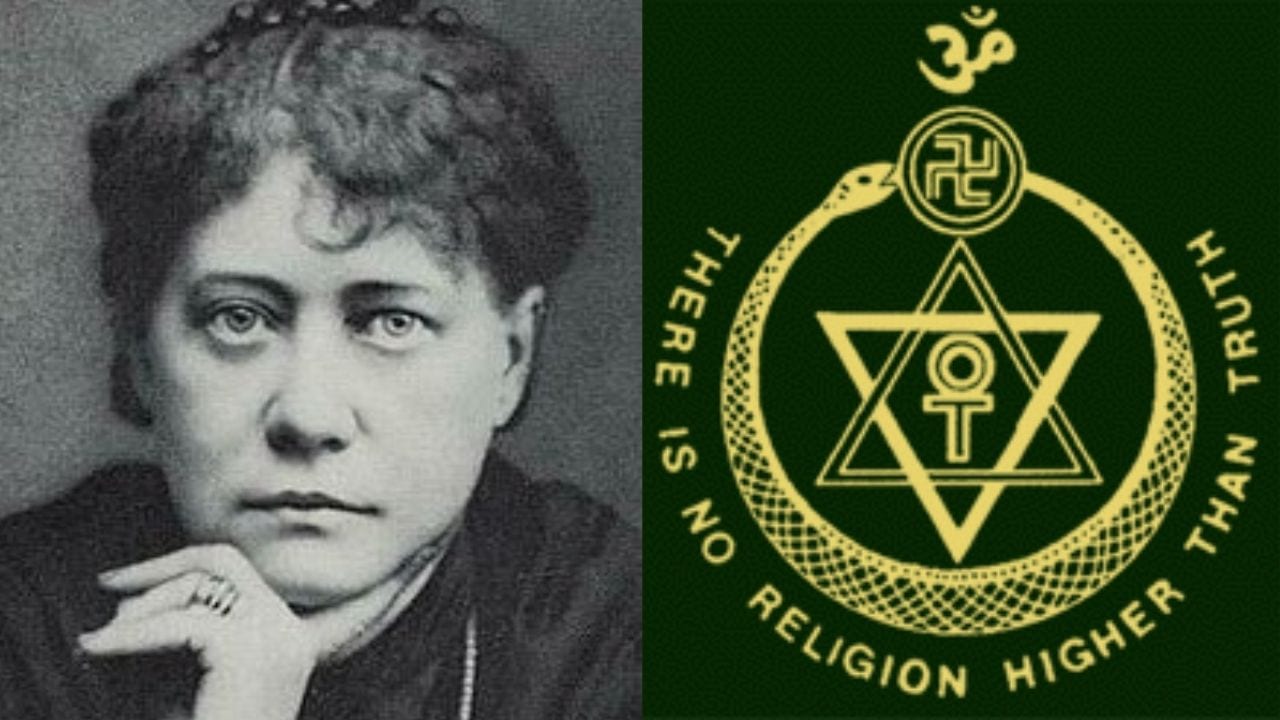 Madame Blavatsky was a famous Russian occultist who is famously known for co-founding the Theosophical Society in 1875 with Colonel H. S. Olcott and being its first president from 1877 to 1891.

Madame Blavatsky was interested in the supernatural and spiritualism, which led her to explore ideas of reincarnation, Karma, and the existence of God through her writings that she published after founding the society. Madame Blavatsky’s content is said to have had a strong influence on the Western esoteric tradition.

Theosophy is a set of religious teachings rooted in the ancient tradition of occultism. A popular version of the legend of Atlantis appears in a recent reincarnation in West Philadelphia. Theosophists have used reincarnation and Karma as their basis for their teachings. Theosophy is based on ancient Indian doctrines, such as Karma and reincarnation.

In The Secret Doctrine (1888), Madame Blavatsky wrote about seven root races of humanity, one of those included astral jellyfish, lemurs, and the fourth was ourselves. In the 1880s, Theosophy became hugely popular in the U.S. and is now one of the main influences on Western esotericism.

Blavatsky’s powers of make-believe were remarkable. She was once discovered in a dark tower underneath the roof, where she put pigeons into a mesmeric sleep by stroking them. She claimed to have seen a phantom protector whose imposing appearance had dominated her imagination.

As a child, she saw eyes glaring at her from inanimate objects or phantasmal forms, from which she would run away screaming and frighten the entire household. She possessed great natural musical talents, had a fearful temper, had a passion for the strange and weird, and an intense craving for independence and action. In later years she said to have seen a phantom apparition of her mother.

Development of Theosophy and The Theosophical Society

Spiritual Scientist Helena Petrovna Blavatsky was inspired by her beliefs of the “ancient mysteries” Her most famous work, “Isis Unveiled,” was published in 1877. The Theosophical Society attracted quite a few prominent New Yorkers in New York City. The word “theosophy” is based on the Greek words theos and sophia, meaning “wisdom of the gods”. In her book, Isis, she wrote about the ancient mysteries she said had been revealed in Tibet. The Theosophy Society was called the “The Brotherhood of Luxor” and later ran lectures and programs all over New York. They officially opened the Theosophical Society in 1875.

Isis Unveiled, which Helena Blavatsky wrote in September 1877, published by the Theosophical Publishing House, was her first monumental work. Fans reviewed it as one of the ‘remarkable productions of the century’ It outlines the history of the Occult Sciences, the nature and origin of magic, the roots of Christianity, the errors of Christian theology and the fallacies of established orthodox science. The book also outlines the origination of magic.

About The Secret Doctrine

The Secret Doctrine is the unparalleled landmark of occult philosophy and lost history. For the first time, Blavatsky’s encyclopedia arcana is available in a reset and redesigned single-volume edition. Its truths and challenges are open to the intrepid reader, who may find yet-unknown insights within the pages. To read the Secret Doctrine is to enter a mysterious world of ancient cosmology and spiritual-scientific insights, telling humanity’s unthinkably ancient past and its burgeoning evolution into a new, more refined existence.

What does Theosophy mean?

Theosophy is principally defined as a Western esoteric tradition whose adherents claimed to offer “direct knowledge” of the nature and workings of the world.

This has led some members of academic circles to dismiss Theosophy as a facade that offered no insider knowledge or independently validated spiritual insight, which only served to obfuscate its stupendous debt to Eastern meditation culture. Indeed, more than one scholar asserted that Helena Blavatsky’s 1870 book formulated the original idea for L. Ron Hubbard’s Church under her spellbound pen.

Does the Theosophical Society still exist?

Yes. Theosophy is a nontheistic religion or philosophy propounded by Helena Blavatsky and others in 19th-century Russia that affirms spiritual beings from an unseen world seeking union with humans and presents this human unity with the whole universe as a very desirable possibility for every individual. It further proposes three fundamental principles of cosmology:

Today there are over 100 Theosophical Lodges and Societies in various parts of the world, mainly outside Russia or Asia, where Madame Blavatsky first promulgated her teachings.

How is Theosophy different from Hinduism?

Hindus believe in the Universal Absolute, Brahman, which pervades and transcends all existence. Theosophy denies the presence of a universal absolute and instead sees God as an external entity.

According to Hinduism, humans are divine beings unfolding from lower levels of pure consciousness to higher ones. Theosophists view this process as being cyclical with no beginning or endpoint in time or space-time reality. The human soul is trapped by birth on Earth for its own merits in previous life cycles (the Karma). Its aim is not its salvation but liberation, for it finally becomes self-conscious and yearns for union with Supreme Consciousness. It has to be sustained from rebirth into higher levels of consciousness unfoldment till the final liberation.