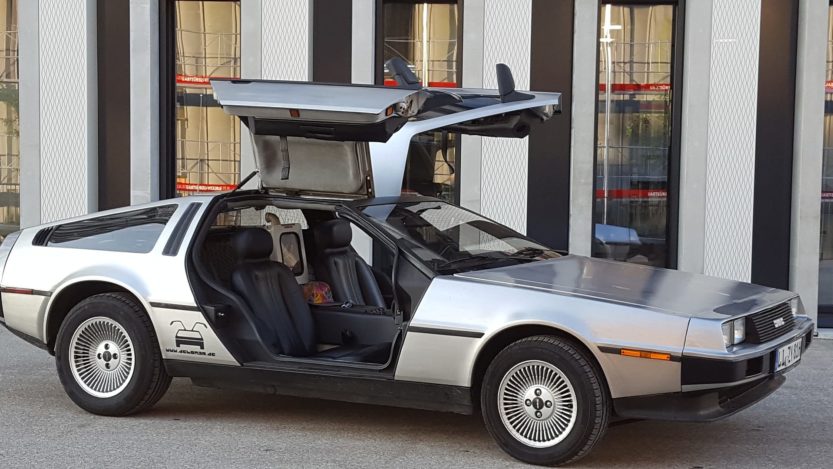 Seriously use this magic spell to manifest your dream car.  This can be the first step in focusing your mind in a way that actually helps you attain that goal.   To get success in the war for wealth focus is integral. It uses a new form of modern magic that is a mix of psychoanalysis and art called Psychomagic. So how do you manifest your dream car with psychomagic?

Psychomagic uses the power of art and magic to affect the subconscious mind. When a practitioner uses these techniques, he or she embeds archetypal suggestions deeper inside the mind.  This is due to the fact that psychomagic draws on the use of magic spells and symbolism to circumvent the conscious mind and go straight for the deep unconscious.

This method for inducing states of consciousness was developed by the director and art shaman Alejandro Jodorowsky.  Jodorowsky redefined the artist as the shaman spiritualist practitioner.  Psychomagic modernized magic so that it was compatible with psychoanalysis. Through taking a person through the various ritualized “devices” a person could reach new levels of self-realization and breakthroughs.  Often times psychomagic uses highly coordinated performance art and ritual to enforce these changes.  In this way we are defining magic through the art practices of modern occult theorists like Alan Moore.  Likewise, this same ritual art magic practice can be used to manifest your dream car.

Magic is a psychic phenomenon.  Psychologists discovered the mind phenomenon called priming.  Priming is the idea whereby exposure to a stimulus tends to have an influence on a peronse response to a subsequent stimulus.  It is psychomagic because it has a direct effect on the unconscious and happens totally without conscious guidance or intention.  Effectively this external stimulus affects overt behaviour without the actor being aware of the influence.

Psychomagic is a way to use magic to explore and affect a persons psychology.  Ultimately it’s a combination of science and the occult to try and treat common ailments through a methodoical artistic symbology.

Step 1: Be Specific about What Car you Want

You have to know what it is you want first.  Psychomagic coupled with visualization techniques requires a two-fold measure here.  First, off you’re using the ritualized magic spell of psychomagic to put suggestions deep into your subconscious.  Secondly, though, visualization is about focusing and honing in on your objective.  Concentration and repetition are important to embedding any suggestion into your head.

Let’s just say that your dream car is a Delorean.

We now need to get a fetish item to match our dream car (the Delorean.) There is nothing sexual here. Fetishism is actually derived from ancient ritual magic spells.  Originally shamans and sorcerors imbued sculptural objects with spiritual personalities.  In the baKongo culture of Western Zaire, they use an object called “minkisi.” Europeans thought that because these sculptural objects had spirit power they were objects of worship.  Like idols to a God.  However, they were dead wrong.  Minkisi fetish objects were a way to connect to the spiritual.

You need a small Micromachine or hot wheels car that is the same car as the one that you desire.  If you can’t find Micromachines or hotwheels then you can buy a scale model of your favorite dream car.

A fetish Minkisi is more like a divination device. It’s a piece of art used for intense ritual contemplation. Technically it’s a full on ritual device.

For this ritual, you need to go and buy a very focused fetish object.  This will be a token to your devotion to manifest your dream car. It will tie you by your cosmic cord to the universe.   Amazonuy stuff from the marketplace and still feel magical.  In fact secular market capitalism is as religious as the church in many respects.  We’re tied cosmically together through it and by consuming it’s almost like a religious duty, like holy communion.  It’s a duty that the powers inherent in capitalism seem to require.  So do this for whatever force it is that’s set this cosmic cult in place

Step 3: Keep it with you When you go out

Part of reinforcing this focused response into your subconscious will be by being consistent.  Repetition is the force that drives the suggestion to manifest your dream car deep.

The psychomagic that I teach here on my blog is not your conventional fluffy sort of witchcraft.  New age voodoo doesn’t need to be formulaic.  I’m dedicated to pushing the ball forward and bringing shamanism to a new age.  I’m not stuck in the past, shamans and priests used the objects that were around them to invoke the It’s fairly simple to conceal your magic object in your pocket. If you couldn’t find a small version of your car then you can try this with a smaller model.  Most actual cars can be found on amazon in model forms.

Do this before you get into your “actual” car.  Take your magic fetish car out of your pocket. Stand back from your other car.  Close one of your eyes. Now hold up your small car in front of you over your “real” car.  Don’t just do this, use spirit power. You need to imagine that this car that you’re holding in front of you is your ACTUAL car.

You have to feel the actual sensation in your body that this car belongs to you.  Try and look at it from different angles. After you’ve done this often and consistently soon your little toy car won’t feel like a toy anymore.  It will feel like the real thing. You’ll be able to conjure sensations of success instantaneously.

Step 5: Take Steps to Get your Car

Now that you’re energized and focused on your goal, you need to get working.  My god, you’ve set a definitive goal in mind!  By now anyway, you should have the feelings of success already coursing through your psychospace.  Keep that in motion.  Let the energy propel you now unto step number 5.

In this part of the ritual/prayer, you ask yourself questions.

Take the next steps to get your car. Look up what your car will cost. Go online and see if you can test drive your car anywhere.  Start a saving plan or just jot down ideas on how you are going to accomplish this.

When will You see Results?

It depends on you really. Ultimately it’s about reinforcing a feeling of success in your psyche.  Some people are afraid to think about success because they’ve been so ingrained in their minds that they could never imagine what it would feel like to actually be successful and achieve the things they want.  With this magic ritual you’ll at least be able to have those emotions in your life.  Drawing them into your psychospace is the best thing to begin reinforcing those positive affirmations.

As you do this the funniest thing begins to take ahold of you. You actually get a bit of confidnce.  Sure it’s all pretend psychomagic but “fake it till you make it” is real.  Run with that energy and let the whole process become sort of an addiction.  When you use this neat little method you’ll be able to titillate your libido a little bit.  Having your car on you at all times will let you wip it out anywhere anytime to practice this visualization magic spell.  Sure people might look at you a little funny if they see you doing it but seriously, who cares?

The Power of Visualisation

In a study conducted by Dr. Bisitotto at the University of Chicago did an experiment where he put test subjects into three groups.  His mission was to test each group on how many free throws they could make after a 6 month period.  First and foremost he tested all of them to form a baseline.  Naturally, none of them could throw a friggin free throw.  Which was great for him.  Then over the next 6 months, he had different groups do different things.

Group 1: Practice free throws every day for an hour

After 30 days he tested them again.  The results were astonishing.

Group 2: Didn’t improve at all

Gropu 3: Improved by 23% without touching a basketball.

A visualization is a powerful tool. If you harness its effects, it will fill your spiritual power.

Why Manifest your Dream Car?

You want to change, don’t you?  A car is just a smaller part of your bigger life plan. Focusing on small things can help you to build up to the bigger things.  If you can get this one goal so focused in your mind. When you can ritualize and routine moments to meditate on success, what harm can come of that?

Then again this might sound contradictory.  However, making your goals larger actually helps you to keep them in perspective.  This is because the larger that something is, the more it stands out to you.  Imagine now that you were trying to shoot a mouse with a bow and arrow.  It’s harder due to the fact just that the mouse is just so tiny.  However when you change that mouse to an elephant.

Magic should be practical.  The secular mind is only a fairly recent phenomenon. By hacking our primitive cavemen brains with magic spells, we can get leverage over our psychospace.  Ultimately you’ll become successful in achieving your goals and manifest your dream car. 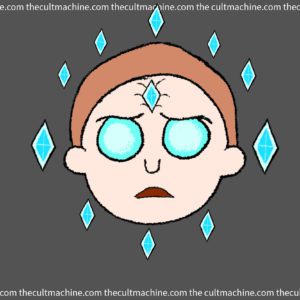 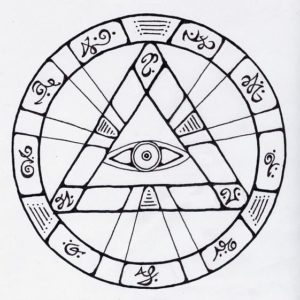