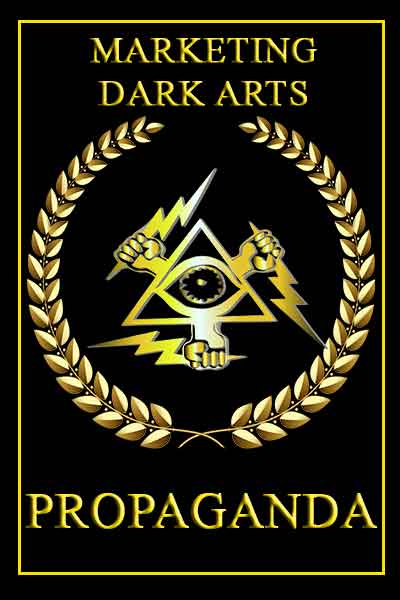 I congratulate you on inquiring about the dark arts, “Propaganda Techniques for mass hypnosis.” You are certainly not the timid sort of prudish imp with a moral compass to be coming here.  To clarify my stance on this; I believe propaganda is for marketers who are winners.  Though it’s been described as one of the quintessential depraved and unethical tools for mass manipulation of the 20th century; it works, damn well!

I call it the dark arts of marketing for a reason.  It’s been dually employed by the most sinister monsters and dark lords of mass hypnosis that have roamed the earth.  I’m talking about the likes of Joseph Goebbels, Roger Ailes, and Pope Urban just to name a few.  So get in touch with your inner villain.  Otherwise, you’ll have a hard time employing some of what I’m about to teach you.

Part of Pope Urban’s techniques for gaining cultural influence for the crusades was name-calling. This is where you bad mouth another group. You dehumanize them a little bit when you do this. It makes it easier to gain public mobilization against monsters (even if they really aren’t monsters, to begin with.)

As pilgrimage ramped up to the holy land Pope Urban saw an opportunity to clearly define an enemy in the Islamic Caliphate who ruled the holy land. By labeling the Muslim rulers as the “enemies of the Lord” the Pope was able to dehumanize them.

“Oh, what a disgrace if a race so despised, degenerate and slave of the demons, should thus conquer a people fortified with faith in omnipotent God and resplendent with the name of Christ.”

This tactic would also come in very handy during the great schism with the protestant reformation. Martin Luther and his band of protestants were also labeled as heretics.  Propaganda from the Catholic church painted Luther as the antichrist.  Luther was described as a cohort of the devil and even as the devil himself.

Missionaries carry the message of your brand.   There is a whole school of missionary work called missiology.  Pope Urban VII knew the power of missionary work all too well.  In fact, he opened a University devoted purely to propaganda.  Its called “Pontifical Urbaniana University.”   Its academic focuses are in the studies of philosophy, theology, canon law, as well as missiology. They have one goal in mind: Propagation of doctrine.

Evangelism is the same as person-to-person marketing.  This allows missionaries to tailor their pitch directly to an individual.  Person to person allows evangelists to meet each of the prospective converts objections head-on.

People are herd animals.  Deep down they all desire to be lead.  It’s for this very reason that politics goes hand in hand with propaganda. The minority class controls the majority. That is to say, the invisible Governance is the puppet master. Learn political propaganda techniques and you’ll be the one pulling the strings as well.

Fake news organizations are deacons of dark arts.  In the United States, there are a few different brands to be had of this sorcery. You have CNN, MSNBC, and ABC.  None are more potent, though than the one that Roger Ailes forged in his obsidian tower: Fox News. The Fox News propaganda machine is the ultimate tool in breaking the mass sensibility. 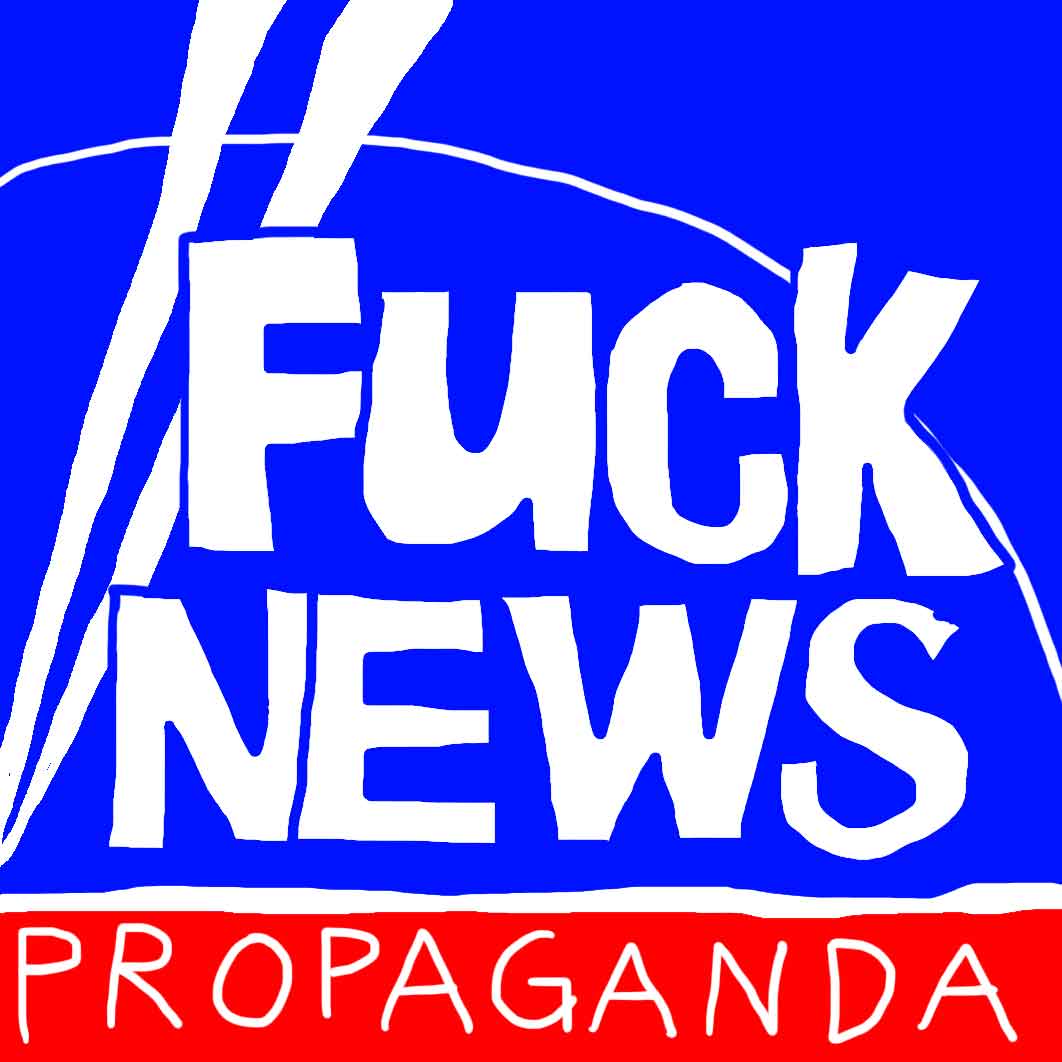 Fox News has mastered the fine art of telling people what to think. Indeed Ailes has truly crafted a marvelous tool in the arsenal of the conservative movement.  Various propaganda techniques include stuff like adding a News ticker for extra-sensory overload. Mind you, when people are overwhelmed with stimulus the rational faculties begin to shut down.

Propaganda can turn the president into a deity.  The reason that America only has 2 candidates is to narrow down the choice. Keeping options limited makes it far easier to manage public opinion. People don’t want to sift through mountains of data to draw their conclusions anyway.

Strategic propaganda has convinced the average American to turn in the democratic thinking cap for mindless tournaments.  People like competitive man vs. man gladiatorial battles to the death.  Presidential elections are like ravenous sporting events.  Campaign teams get their fan basis gassed up like radical fiends. They look more like self-righteous zealots than rational voters. When their candidate wins he’s practically brought to the level of a living god.

During President Trump’s 2016 political campaign he sold red hats.  Written delicately on the front of these hats in pure white was the slogan “Make America Great Again.”
Soon Trump’s growing supporter basis adorned these hats.   It came to the point of a bizarre cult-like fanaticism.  Nobody could seriously tell one apart from the other.  Attending a Trump rally became a sea of red hats.  Simplicity is the key to swaying public opinion with repetition.  A few visual symbols and rhetorical flourishes are all that it takes to persuade people.

“The most brilliant propagandist technique will yield no success unless one fundamental principle is borne in mind constantly – it must confine itself to a few points and repeat them over and over.”
― Joseph Goebbels

If you do Good Make Sure the Cameras are Rolling

In 2007 Southern California saw the most devastating natural disaster of the century.  The witch creek fires ravaged almost 200,000 acres.  After the smoke had cleared and the dust had settled President George W. Bush came to assess the damage and buddy with folks whose life’s work was a charred ember and an empty plot of land.

What looked like a caring President coming to inspire the people after a natural disaster was actually an amazing photo opportunity.  You should never forget that public opinion has two eyes.  When they see that you are doing good you can garner greater support.

He believed that capitalism was radically changing.  New markets were arising too fast.  Having a great product wasn’t enough anymore.  Supply now needed to create its own demand.

Most of the time, mass-reaction to your product or idea will not be instantaneous.  Most of the time it will be incremental and slow. For this reason, you have to more easily sell thrusting suggestive trends rather than direct marketing. Think about the story of the French chef trying to boil the inconspicuous frog alive. When he tries to throw the frog into a pot of boiling water the frog jumps out quickly.  However, when he places the frog into cold water the frog finds the temperature amiable (because its what he is used to).  Then slowly the Chef brings the water to a boil, slowly cooking the frog.

It’s not about getting someone to buy the product NOW but rather to transform the very world itself so that it appears that the product is a no-brainer. No sales experience is necessary in this case.  Distort facts.  Some things that people buy are not based on the use-value of the item.  They buy it because of something the item represents.  Ferrari=Power/status etc.

Shape events to influence the public towards ideas.

The Monkey See Monkey Do Technique

Some things that people buy actually have nothing to do with the use-value of the item.  People sometimes buy things because they see other people buying things. This is also known as jumping on the bandwagon. If you can make it appear that your product is widespread. If you can get a large number of people to begin using it and to be seen using it.  Then it will trigger the monkey in others.

People are motivated by desires that they often keep hidden. This makes them very predictable.  Human desire is ultimately the steam that runs the locomotive of society.  A propagandist understands TRUE motives and not the seedy explanations that people say why they do stuff. Understand these thought patterns and you’ll master mass hypnosis.

1. Consensus determines what is true.

3. People unconsciously want to be told what to do.

7. Simplicity gets internalized faster while that which is complicated takes longer.

The propagandist understands the mechanisms which control the mind. People don’t want homework they want an emotional experience  Propaganda is quick and clean.  If it took people so long it would congest their life.  It would promote harder inquiry.  Propaganda makes them easier to manipulate.

You’ve heard that saying “no man is an island.”  It’s true.  Humans are social animals.  You could even say that they are herd animals.  Understanding cultural identity is tantamount to understanding the individual.  Being able to craft your propaganda involves doing a bit of qualitative analysis.

Groups to consider and understand

You can also figure out what interests among your target customer coincides with other groups. I.E. Overlapping interests. Understanding the group will also help you map out goals & implement campaigns. By staying up with group & cultural trends you’ll be able to keep your finger on the pulse of the contemporary Zeitgeist.

Part of crafting your propaganda campaign is being goal-oriented.  Bias is the heart of your propaganda campaign.  Therefore it is incredibly important to be precise when delivering your message.  This also means you have to have already tailored your agenda to your group.  Here are some other suggestions for adequately becoming a propagandist.

3. Concentrate effort on a group

Every step must be geared towards public opinion. Explain your aims, terms, and objectives in a way that the public is willing to agree with. You will be constantly interpreting the world in a way that fits your agenda.  Trying to control every approach to the public mind is no easy feat.  Force-feeding the desired impression will only expose you. Therefore surreptitiously employing propaganda techniques is quintessential.

Think of the media like a courtroom.  The public is the judge and jury.  The propagandist is the lawyer pleading the case for his client. Propaganda has proved that it’s possible to control public opinion.

There is magic to be able to control the frame.  You will be making rigorous associations.  Don’t let your guard down for a second.  The slightest bad publicity can completely change the dynamic of your campaign entirely.  You can trip up.  The best way to avoid this is very simple. Go native into your own delusion.  Drink the kool-aid.  Believe so wholly in your product or idea that you yourself become the very fanatic you wish to create in others.  Remember, monkey see, monkey do.