2. 2001 Space Odyssey: Ipads & All Other Pad Based Handheld Screens

We see the first version of the modern “pad” based screen from Stanley Kubriks “2001: A Space Odyseey.”  The idea for this tech seemed so futuristic at the time, considering the bulky TV screens of the day.  I guess, sleek & slim set the standard for what was considered, “futuristic.”

3. The Tale of the Bamboo Cutter:  Manned Space Flight

The first Science Fiction narrative of moon exploration comes from late 17th century Japan. In this story a baby was found growing out of a stalk of bamboo by a wood cutter.  The baby grows to be a woman of other worldly beauty.  It turns out that she is the princess of the moon.  At the end of the story she returns to the moon. This was the first written speculation into moon travel. You can read about it here.

As we all know, by 1969 the space race had begun and mankind had already set foot on the moon.

Sometimes Science Fiction becoming a reality is not so nice.  In our quest to find Science Fiction becoming reality it brings us to HG wells who seemingly was the first to think of the invention of the Atom Bomb.  It was in his 1914 book “The World Set Free” where he came up with the idea of a continuously exploding Uranium based handheld grenade.  He even foresaw the bomb being dropped from planes.  Creepy right?

I’m taking another out from this Science Fiction classic. 2001 is one of my favorite movies of all time.  So they even got the Video/Facetime Technology right!

Remember the Tom Cruise classic based on the Philip K. Dick story?  Well there was a concept for a self driving, autonomous vehicle in there.  Complete with a 100% autonomous high speed car chase.  As of today the technology is not yet so wide spread.  However, the self-driving is very much real.   As of this year it is a piece of science fiction technology that’s slowly getting popular.  It will only be a matter of years before we see self driving cars completely take over the road.   The technology is there and it’ll soon be completely like Minority Report everywhere we go.

7. The Rise of the Smart Watch

The way that we connect with our devices has changed drastically. Experimenting with different ways to access this information has always been a must for the likes of Apple.  Although the technology is considerably a flop, it was really popular with Dick Tracy half a century ago.

Since the age of smart phones we seem to skip over the small fact; we’re being followed. We are monitored at all times.  This small device (our cell phone) tracks us and keeps up to date with our goings on. Although we don’t live in the Orwellian world of Big Brother, the closest thing that we have to big brother is Mark Zuckerberg. 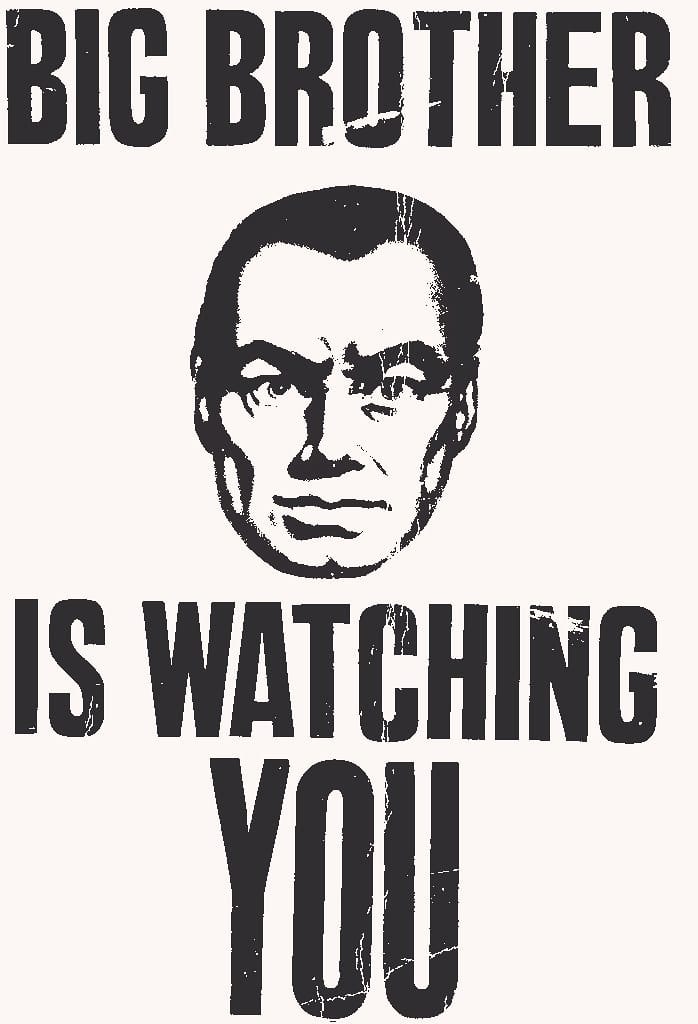 In his time, the french painter, Albert Robida drew & painted paintings of his perspective on how the year 1900 would look. He drew flying machines.  Although these flying machines eventually became airplanes, he depicted them as being used in much of the same way as we use cars today.  As we all know today’s airplanes are as much a part of modern life as electricity.  However, for the time of Robida the idea of human flight was a marvel of the imagination.

The idea of having robotics for amputees has been a source of the Science Fiction imagination forever. Everyone remembers when Luke Skywalker loses his arm at the end of the Empire Strikes Back and gets it remade, robotically. Well, since then, a company has discovered how to create realistic robotic arms & legs. These things ACTUALLY WORK! One fits them onto the limbs of patients & controls them by mapping their muscle movements.  The real thing is way cooler than than the film.

11. The Island of Doctor Moreau

The strange world of genetics sounds more like its out of a horror story than out of science fiction.  However this H.G. Wells novel, where a mad doctor splices human and animal DNA is Science Fiction madness.  The reality is a little different.  We’ve since been able to grow human organs in the likes of pigs and scientists have even grown a synthetic ear with on rat. 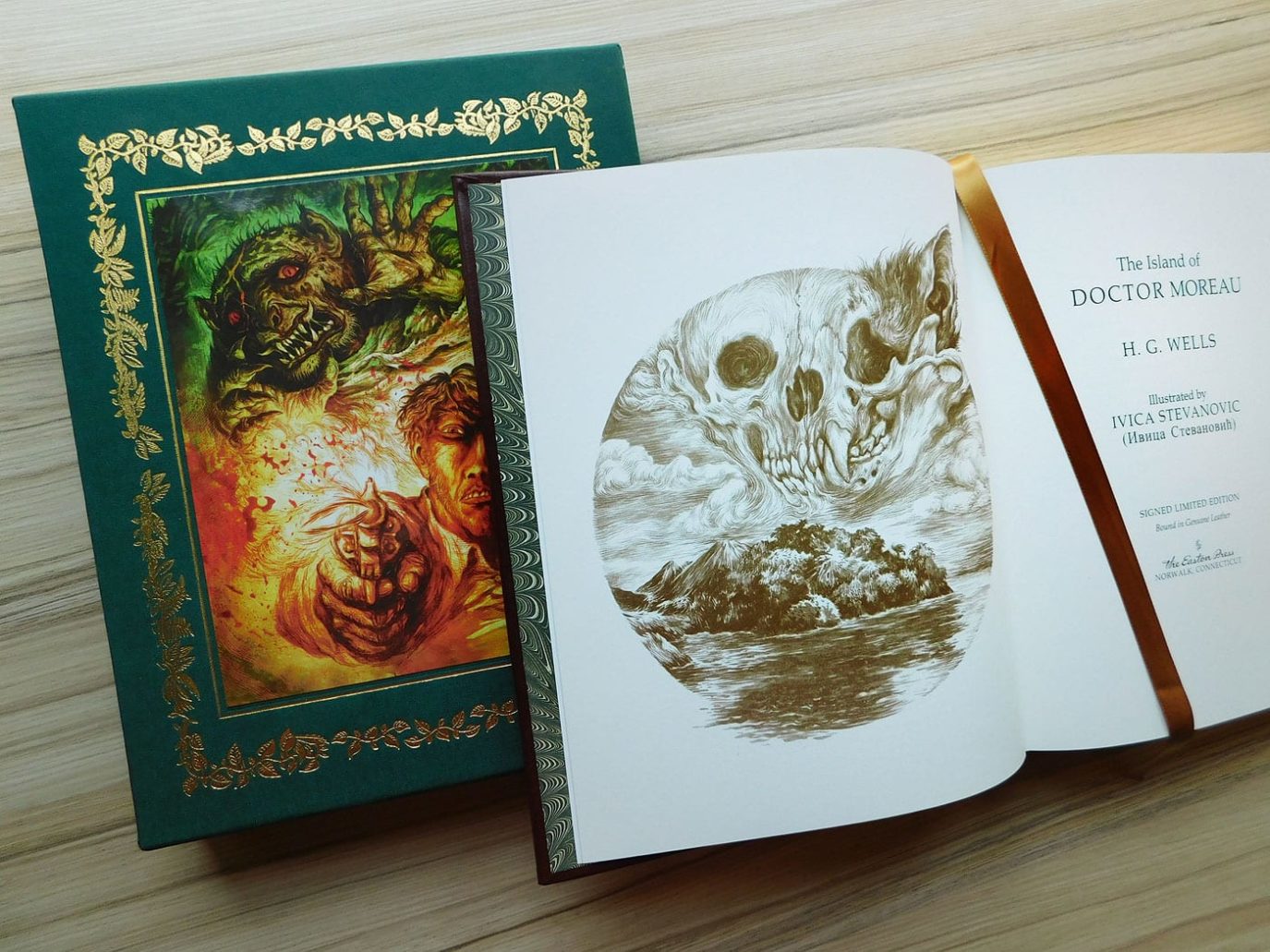 “THE ISLAND OF DOCTOR MOREAU” by Ivica Stevanovic is licensed under CC BY-NC-ND 4.0 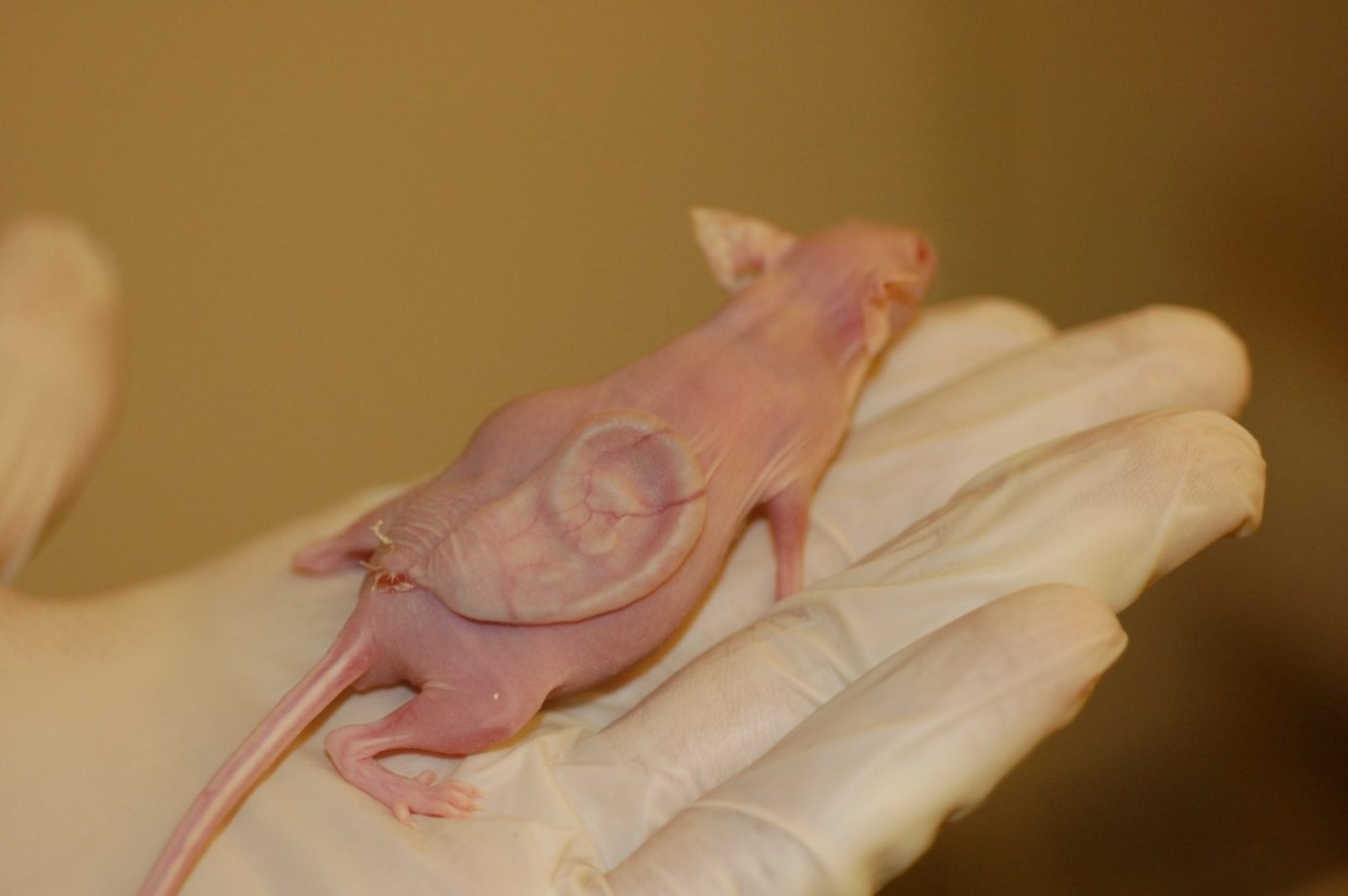 Maybe the Wild West isn’t quite the right setting for “future” tech.  However the robotic spider from this 90’s cult film is perhaps one of the only iconic memories.  Don’t tell me you never thought “it’d be so cool to really ride one of those Giant Spiders.” Maybe giant spiders aren’t going to replace automobiles anytime soon; but at least we’ve got em.

Who could forget, or remember, everybody’s favorite walking and talking nicotine robot “Stogie” from IPC Magazines 2000 A.D.  Here in this comic from the British 1970’s we meet the worlds first conception of an electric cigarette.  Mind you, he comes with quite the attitude & he’s a Cigar.

So I’m not talking about the 90’s film by the same name.  Although it is based on the same story.  The Starship troopers that became synonymous with the armored suit is from the 1976 Robert A. Heinlein Science Fiction novel.  Today the models and variations of mechanized armored suits still aren’t completely like in the book. However, the designs look simply amazing & with exoskeleton technology it couldn’t be too far off.

We never said this list was going to be completely happy-go-lucky.  For Gods sake, we put the Atomic Bomb into it.  So, this being a shock to many of you, there has been scientific experiments with keeping headless bodies alive.  Yeah.  No question. You’re probably a little shocked.  I know that I was.  So hailing, first, from the comedy mind of Matt Groening, we all know those lovable bodiless heads in jars filled with liquid. Right?  Well in footage of old Science experiments, there was the head of a dog that was kept alive.  It was fed intravenously. It only lived for a couple of days.  But, needless to say, the experiment was a success and proved that heads CAN be kept alive regardless of their connection to a body.