Spiritual Seekers of the World, unite. 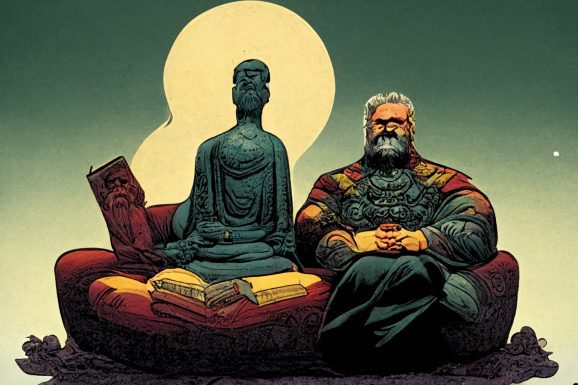 Despite being developed separately thousands of miles away, stoicism and Buddhism are two ideologies that are astonishingly similar to one another. Around 500 B.C., Buddhism was born in what is now Nepal, and 300 B.C., Athens, Greece saw the birth of Stoicism. To avoid letting the highs and lows of life rule your life, they both encourage finding contentment within. A Stoic is a Buddhist with attitude, as philosopher and author Nassim Taleb famously stated in reference to the parallels between the two.

Yes, the ways in which they both explain how the world functions are different. Remember that you can use either of these mental models to enhance your life and develop into a more composed person. 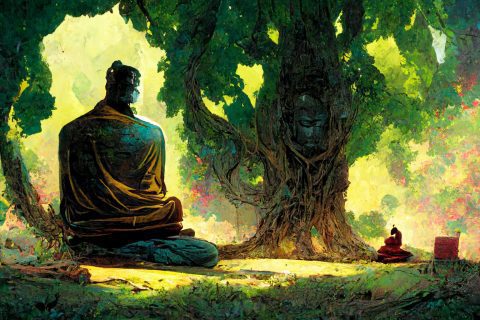 Siddhartha Gautama, a prince who lived in seclusion his entire life and was horrified by the misery he encountered when he ventured out into the world, is credited with founding the religion of Buddhism. After some reflection, he reached the conclusion that desire is the root of all misery. Everything in this life is merely fleeting and clinging to it would only make you unhappy. Because of our yearning for life, our actions in this life create karma that causes us to reincarnate. A Buddhist’s ultimate goal is to end suffering (dukkha) and arrive at nirvana, a state of unadulterated non-desire. 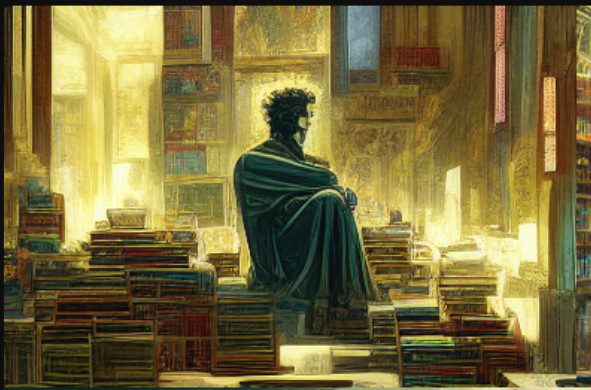 Stoicism is an ideology that places a strong emphasis on living in balance with nature and embracing all that occurs in life. Epictetus, a Stoic philosopher, advocated total submission to nature’s path. Don’t wish for figs in the winter, he once said; accept and wish for things as they are. The idea of amor fati, or embracing one’s fate, which dominates Marcus Aurelius’ Meditations, also best captures this.

Similar to Buddhism, the Stoics advocate maintaining a constant awareness of the present moment. These remarks from Marcus Aurelius would resound with any Buddhist practitioner, “Every hour focus your mind attentively…on the performance of the task in hand, with dignity, human sympathy, benevolence and freedom, and leave aside all other thoughts. You will achieve this, if you perform each action as if it were your last…” 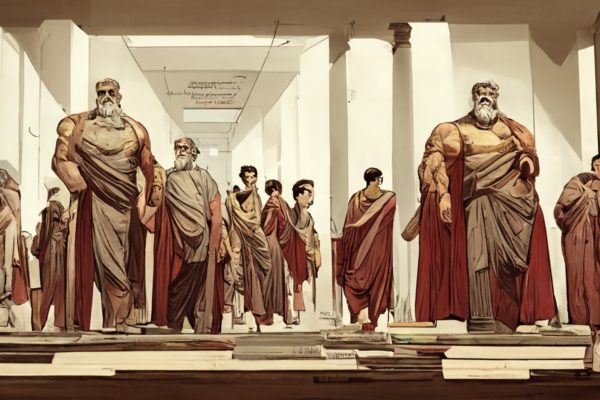 According to Stoicism, the only desirable and terrible things are virtue and vice. In Stoic philosophy, the four cardinal qualities are knowledge, justice, courage, and temperance. According to Letter 76 of Seneca’s well-known Letters from a Stoic, “Virtue itself is therefore the only good; she marches proudly between the two extremes of fortune, with great scorn for both.”

The foundation of stoic ethics is utilizing reason to disentangle yourself from passion. People interpret events as bad or good due to emotion, not logic, even though the majority of these are neutral. Being impartial to pain and pleasure is one of the major ideas and basic tenets of stoicism and a means of overcoming both. Stoicism, like Buddhism, cautions against letting desire govern your life and make you your slave. 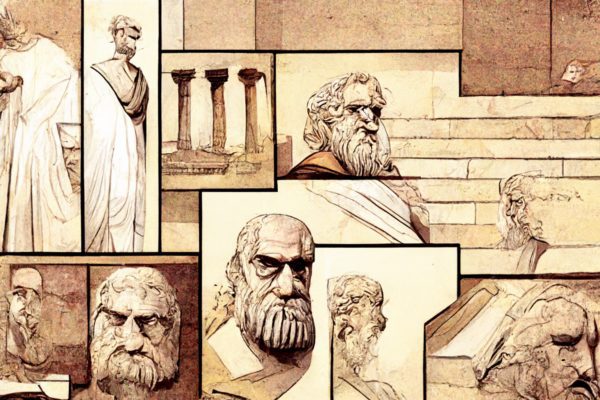 All people have value, according to the Stoic philosophy, which downplays the significance of money and status standing. Epictetus, a philosopher of the Stoic school, believed that since God is a benevolent and giving being and that we are his creations, we should all be devoted philanthropists. The secret to virtue and contentment (but not pleasure dependent on external events) is reason, whereas passion is certain to result in pain and vice. This is comparable to Buddhism, where it is believed that desire is what leads to suffering; but, for Buddhists, the route to enlightenment is the abandonment of want rather than reason.

What is the Difference?

Buddhism holds that there is no self. Nature is one, and our sense of being separate from everything else is really an illusion. The universe is viewed by the Stoics as being one and as being teeming with a divinity or God. But as we’ll see later, Buddhism believes in an unending chain of causes rather than a creator God.

Karma dictates that good or evil deeds translate into a better or worse life when someone is reborn. This is central to Buddhist ethics. As Bertrand Russell, once observed, “Among present-day religions Buddhism is the best. The doctrines of Buddhism are profound; they are almost reasonable, and historically they have been the least harmful and the least cruel. But… Buddhism does not really pursue the truth. It appeals to sentiment and tries to persuade people to believe in doctrines which are based on subjective assumptions not objective evidence.” In addition, the Secular Buddhist Association states that its ideas are “based solely on that which can be verified in the natural world.”

The Stoics concentrate stress on recognizing death as a significant component of the natural cycle of the world and reject the idea of rebirth.

The five precepts serve as the moral instructions for all Buddhist adherents. They can be used to further investigate Buddhist ethics. The belief is that one will be chastised for bad conduct in the afterlife. Even though there aren’t always consequences for disobeying the laws. The five commandments are: don’t steal, don’t engage in sexual misbehavior, don’t kill any sentient being, don’t lie, and don’t consume any intoxicants.

According to stoicism, sexual impropriety should be avoided by exercising moderation and never overindulging. The restrictions for Buddhist monks are significantly more stringent and breaching them can lead to banishment from the monastery. A monastic community may have literally hundreds of regulations that members must abide by.

Rather than any inherent feature of the events, what makes us happy or unhappy is how we interpret them. It’s crucial to avoid just reacting to outside occurrences. One can feel as if life is treating them unjustly and forfeit the opportunity to use their capacity to prevent unpleasant incidents. 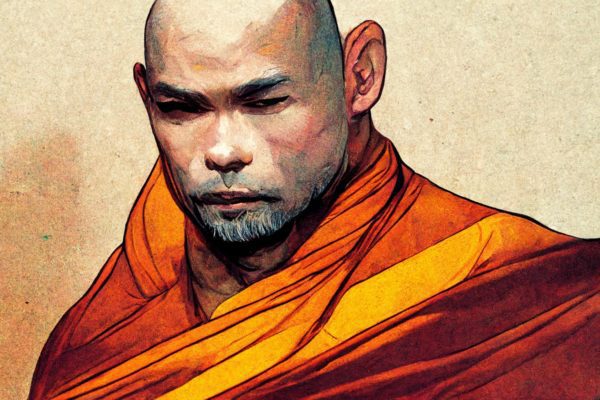 As Marcus Aurelius once wrote,

“And here are two of the most immediately useful thoughts you will dip into. First that things cannot touch the mind: they are external and inert; anxieties can only come from your internal judgment. Second, that the things you see change almost as you look at them, and then will be no more. Constantly bring to mind all that you yourself have already seen changed. The universe is change: life is judgment.”

Or how Epictetus stated,

“Men are disturbed not by events but by their opinion about events.”

Because of this, it’s crucial to avoid just reacting to outside occurrences. This is because one can feel as if life is treating them unjustly. In turn, this can forfeit the opportunity to use their capacity to prevent an unpleasant incident from making them miserable.

You don’t need to be bothered by outside happenings. But if they do, know that they will pass just like your life will. This method of thought is quite comparable to Buddhism. Buddhism emphasizes the transient character of existence and the impermanence of human life. Desire is the root cause of all pain because everything is transient.

Both Buddhism and Stoicism advise against living your life in pursuit of material pleasures. The purity of the mind and spirit is something that is far more worthwhile to achieve. A large portion of human pain is caused by our addiction to material goods. Humans can become more emotionally secure and independent from their surroundings through the practice of Buddhism and the Stoic philosophy.