Occult powers are a fascinating topic, and they have been present in the world for centuries. However, with the rise of science and new religious movements that reject ancient Indian scriptures, many people today do not know much about them. This post aims to change that by outlining what occult powers are and then describing the highest siddhi or eight magic powers according to Hinduism’sHinduism’s ancient texts about them.

Occult powers are those that people can use to do things such as heal themselves, change weather patterns and manipulate the minds of others. There is a long history of literature in India about these kinds of powers. Still, they have been largely ignored by Western scholars for centuries.
If you look in the right places, you will find a gentle resurgence in interest in occult powers, as evidenced by publishing books and blogs outside of the mainstream media.
To get to the roots of occult powers, we have to dive into ancient scriptures.

Siddhi: Scriptures of the 8 Occult Powers

These come from Brahmin mythology and have spiritual dimensions that allow them to believe themselves capable of anything they set their mind to, including commanding spirits or performing miracles. Some examples include astral projection (the power to travel outside your body), telepathy (control over someone else’s thoughts) and shapeshifting.
The siddhis are diverse and can be accomplished with the mind or through rituals, devotion to a deity, meditation or mantra chanting; even certain yoga positions such as Vajrasana and Padmasana have been attributed to providing powers of siddhi for practitioners who attain them successfully.

What is the Anima? What does it have to do with Occult Powers?

Anima is the power of the mind to affect the external world in a way that is controlled by our desires. It can be used for anything from healing oneself of an injury or disease, changing weather patterns and manipulating people’s minds.
Sanskrit for “”soul”” or “”breath/life-force,”” this siddhi was long ago believed to encompass all other powers because it connects the inner self (atman) with the outer one (may).
The first occult power listed among the highest eight is anima which has been described as “”the power of the mind”” to control bodily functions like health, social interactions and even climate through mental focus alone.

When invoking the power of Lagima, the ancient yogis believed that they could “”create a corresponding fire in their bellies, sending out waves of light.””
More ominously, this siddhi was sometimes used for black magic spells, which would cause other people pain or even death. These types of spells were only practised by one person at a time to avoid the risk of harm coming back on them.

The power of Garima can best be understood as the ability to increase or decrease a person’s weight. One of its most potent applications was as an aid to spiritual ascension. With this power, it is possible for anyone – no matter how heavy they are in their earthly form – to jump and fly through the air without any difficulty at all.
It should be noted that Garima can also be used by Siddhas with evil intentions such as inflicting harm on others or pulling them from great heights onto hard surfaces below like boulders.

Prapthi is one of the eight highest occult powers because it can create any object or person out of thin air.
The power of Prapthi is also known as the ability to project one’s thoughts into reality, creating whatever one desires with a mere mental projection. It was believed that practitioners who were well-versed in this siddhi could materialize their thoughts from nothingness and make them solid enough for use by others. Mental projections are typically created through intense concentration on an object until it becomes tangible. Still, some reports exist about Siddhas using only meditation techniques without concentrating on anything to achieve the same result.
Possible applications include materializing objects for assistance during worship rituals and healing sessions and making food appear before hungry people.

To understand the power of Prakamya, the siddhi of divine intervention, it is helpful to first understand the Buddhist concept of karma. Karma is a Sanskrit word that literally translates as “”action,”” but in Buddhism, it refers specifically to actions made with intention and motivation. An action can be either good or bad depending on whether its intent was virtuous or malicious, respectively. Every time someone acts, they create new karma for themselves (even if their intentions are neutral), which creates more karmic energy being released into the universe each day than there were before; this makes creating positive change within oneself an achievable goal by just continuing to take small steps towards achieving your goals every single day.
Prakamya comes from Hinduism, where it is described as one’s ability to control destiny through powerful manipulation of the laws of karma.

Isithavam is a power that can be used for good and evil. This siddhi, or occult power, could allow someone to use their persuasive skills to induce positive changes in others. It’s not always intended for good things like persuading someone of an idea, so they make better decisions in life. This kind of persuasion may help avoid making mistakes that would cause problems later on down the line.
Other Isithavams are more harmful, such as persuading somebody into doing something wrong, usually illegal; with these powers, you’re essentially messing with fate by tampering with free will.

With Vasithavam, you will see events of the future and learn about other people’s thoughts.
Vasithavam is a power used for good and evil purposes throughout history, such as predicting natural disasters or interpreting someone else’s thoughts to help them with their problems.
However, like Isithavam, it can also be misused by reading into somebody else’s thoughts when they don’t want you to know what they’re thinking about and using this knowledge against them. 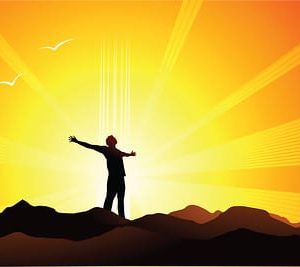