In the world exist many wonderful and weird cultures, traditions, and myths. One of the most popular ones surrounds the curse of the evil eye. Chances are you have most likely encountered the evil eye at some point in your life – whether it be in stories, paintings, pictures, or jewelry.  But how did it all started? And what’s the meaning behind the evil eye? 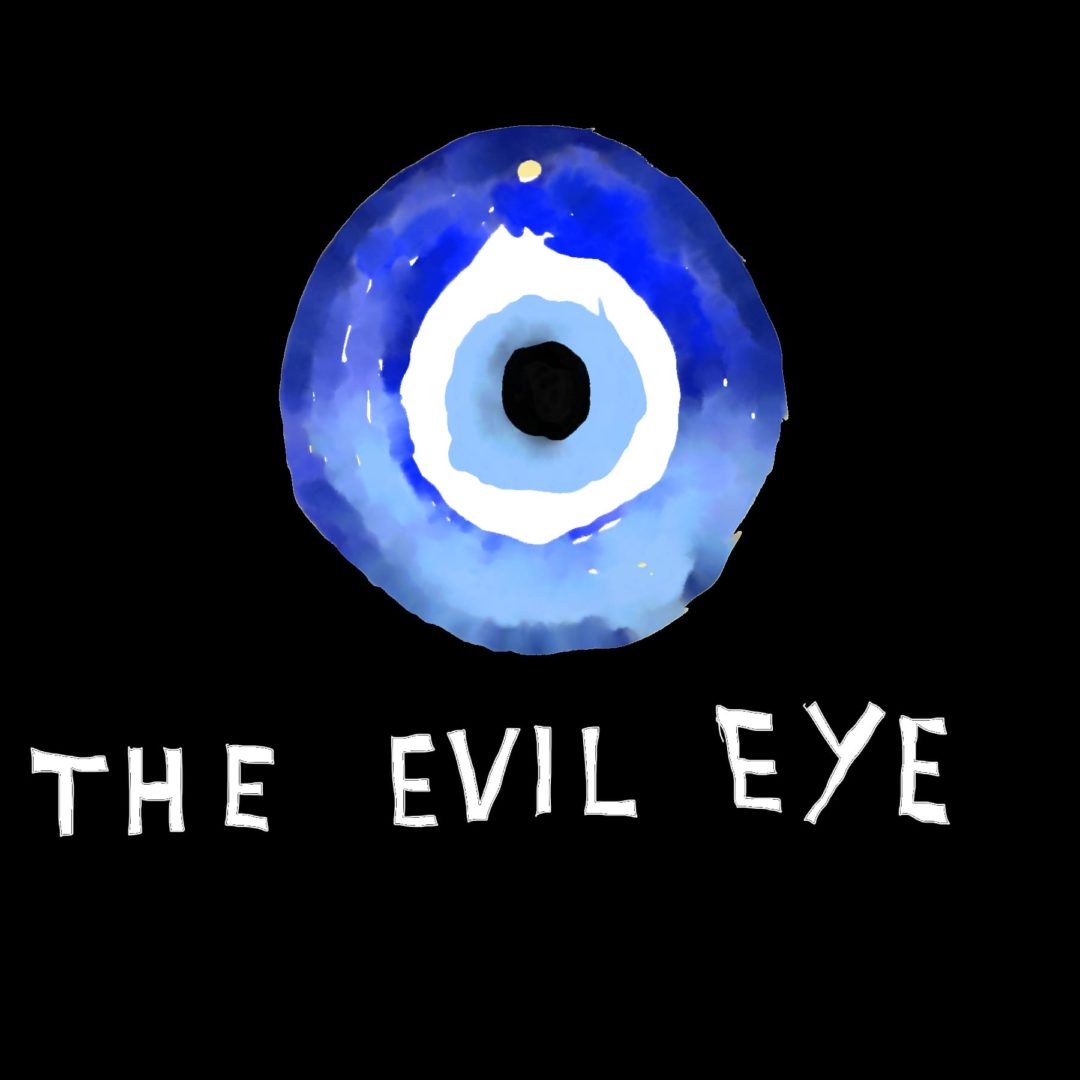 Keep reading to explore the history and meaning behind the evil eye, including an insight into how it is used in modern cultures.

To understand the meaning and the origins of the evil eye, you must first understand the difference between the amulet and the evil eye itself. The eye amulet, though often named as “the evil eye”, is actually the charm meant to repel the true evil eye: a curse transmitted through a malicious glare, usually inspired by envy or jealousy. Despite the amulet being around in different forms for thousands of years, the curse it repels is far older and more difficult to trace back.

The evil eye (and superstition surrounding it) is one of the most powerful symbolic images in the world. Despite the differences between the several cultures that hold the evil eye myth, it has the same meaning no matter where the story is told.

The evil eye is thought of as a look given to inflict harm, suffering, or some form of bad luck on those that it is cast upon. A look that clearly states that one intends for something bad to happen to the object of one’s focus, either out of jealousy or pure malice. Putting it simpler – it’s a curse that is cast through the eyes.

The superstition of the evil eye holds that that malicious look is powerful enough to bring about actual disaster for the unfortunate person on the receiving end of the glare.

The earliest known evidence of the belief in the evil eye goes back to ancient Greece and Rome, as far back as 3,300 BC. In that time, it was believed that the evil eye was the largest threat to anyone who had been praised too much or received admiration beyond what they truly deserved. The praised person would become so infatuated with pride that he/she would bring about his/her doom via the evil eye, which was believed to be able to actually cause mental and physical illness.

In fact, any disease that did not have an immediate and obvious cause was usually thought to be caused by the evil eye. It was also believed that the gods were punishing those who had become too proud of their achievements, and destroyed them with the power of the evil eye to restore them to their level of common mortals.

The Evil Eye Across the Cultures

Much as in ancient Greece, Islamic culture holds that excessive praise will bring about the ill effects of the evil eye. Thus, instead of praising an adorable child, one is supposed to say that “God has willed” the child’s good looks, or one risks endangering his/her youth. In Shahib Muslim Book 26, the prophet Muhammad clearly warns about the dangers of the evil eye and says that one must take a bath to counteract the effects of its power.

Ashkenazi Jews believe that excessive praise causes a vulnerability to the evil eye, and will repeat continuously a Yiddish expression, “Keyn aynhoreh!”, meaning “No evil eye!”, to protect against it.

Hinduism, for instance, is well known for preaching that the eye is the most powerful point at which the body can give off energy. So, it makes sense to have a strong fear of an evil look, and here the evil eye holds enormous power. Hindus fear that even an “admirable” eye (if there is such thing) can bring about ill-luck, having consequences like the dry up of the supply of milk from cows (again, this idea dates back to the fear of undue praise, first warned in ancient Greece). In fact, Hindus will offer the “admiring” look caster a bowl of milk, to counteract the threat of the evil eye.

They also believe that jealousy is at the root of the power of the evil eye, whether in the form of an admirable or malicious look. Interestingly, Hinduism teaches that the times of greatest change in life – like childbirth, puberty, or marriage – are when one is most vulnerable to the curse of the evil eye.

In medieval Europe, the legend of the evil eye originated with the idea that malicious or envious looks had the power to bring about bad luck. The largest source of the evil eye was believed to be witches, but also those with rarer eye colors were also seen as powerful possessors of the evil eye look. Germans feared those with red eyes. In Ireland, those with squinty eyes were feared to be evil eye sorcerers. In Italy, the unibrow was one of the signs that one was able to cast an evil eye.

However, the fear of the evil eye did not carry over to the USA, except in the metaphoric form. While the superstition is not intense enough to make one take precautions, the evil eye is seen as impolite, and a warning that the source of the look probably has bad intentions.

Protection Against the Evil Eye

The most well-known method of protection against the evil eye is the use of some kind of evil eye amulet, and you can find them in all colors, shapes, and sizes.

But history teaches us that there are other forms of protection against the curse.

The Greeks would carry incense or a cross as protection. New mothers would keep objects as protection under their pillows or on their heads, and these included red, black, or white strings, a nail, gunpowder, bread, garlic, salt, indigo blue, rings, or a pair of silver buckles. Each of these objects held a meaning, which made it good protection against the evil eye. For instance, gunpowder symbolized an ability to fight back. The nail symbolized strength. The indigo held its power in its blue coloring. Salt was a symbol of strength and preservation. And so on…

If these preventive steps failed, however, the Greeks had many more remedies against the curse. In some villages, the fur of a bear would be burned to cure the curse. In others, a gypsy would massage the forehead to get rid of the ill effects of the evil eye.

In many countries, including Greece, Assyria, and Armenia, it was thought that a pinch on the rear would remedy the curse. Some Christians also had the tradition of producing the sign of the cross with their hands, while at the same time pointing the index and pinky fingers towards the source of the evil eye. In Bangladesh, a black dot was drawn on the forehead of children to ward off the evil eye curse. Young women also had a secret dot drawn behind their ears for protection against the curse.

The evil eye amulet originated in Greece, where it was known as an “apotropaic” amulet, meaning that it reflected harm. But the most popular design of the evil eye amulet, known as the Nazar, comes from the Middle East. It is a talisman designed with concentric white and blue circles, made to symbolize the evil eye, and t is often used in jewelry, vehicles, or houses.

Another famous example of an evil eye amulet comes from the Middle East and Africa, the Hamsa, or the “Hand of Fatima”. The hamsa is a hand-shaped symbol with the evil eye on the palm and it can be used in jewelry or wallpaper, to ward off the powers of the curse. It is also found in Jewish culture, where it is known as the “Hand of God” or the “Hand of Miriam”. The popularity of Kabbalah has revived the hamsa and influenced its presence in today’s jewelry and design.

The Evil Eye in Modern Life

The evil eye still has a powerful influence on modern life, and we can see that in pop culture, fashion, jewelry, and design. Today, who is not familiar with the phrase “the evil eye”, or thought to have caught someone casting it their way at least once?

In Turkey, for instance, the evil eye is a part of everyday life and has a deep symbolism throughout their culture. The evil eye pendant is affixed to anything that is perceived to attract greed, ill-will, or envy. You will also find the evil eye symbol on currency, offices, and homes, hanging from the necks of newborn children and farm animals, and even in the foundations of buildings.

Interestingly, the myth of the evil eye seems to make a lot of sense in our current world. The idea that too much fortune, fame, success, or praise can bring about one’s downfall, especially in celebrity culture, might reinforce the notion of the evil eye. Who hasn’t heard of famous cases of people who had it all and ended up losing it all? Who hasn’t heard stories of how the power of success can turn into a disaster?

Could it be that, if those people were wearing some kind of protection against the curse, everything would be different? Millions of believers would like to think so.

Whatever the case, those most often in the spotlight, such as celebrities, or those with success or reasons to be proud, should probably carry with them the protection of an evil eye amulet, just in case.

What do you think about the evil eye? Let us know in the comment section down below.