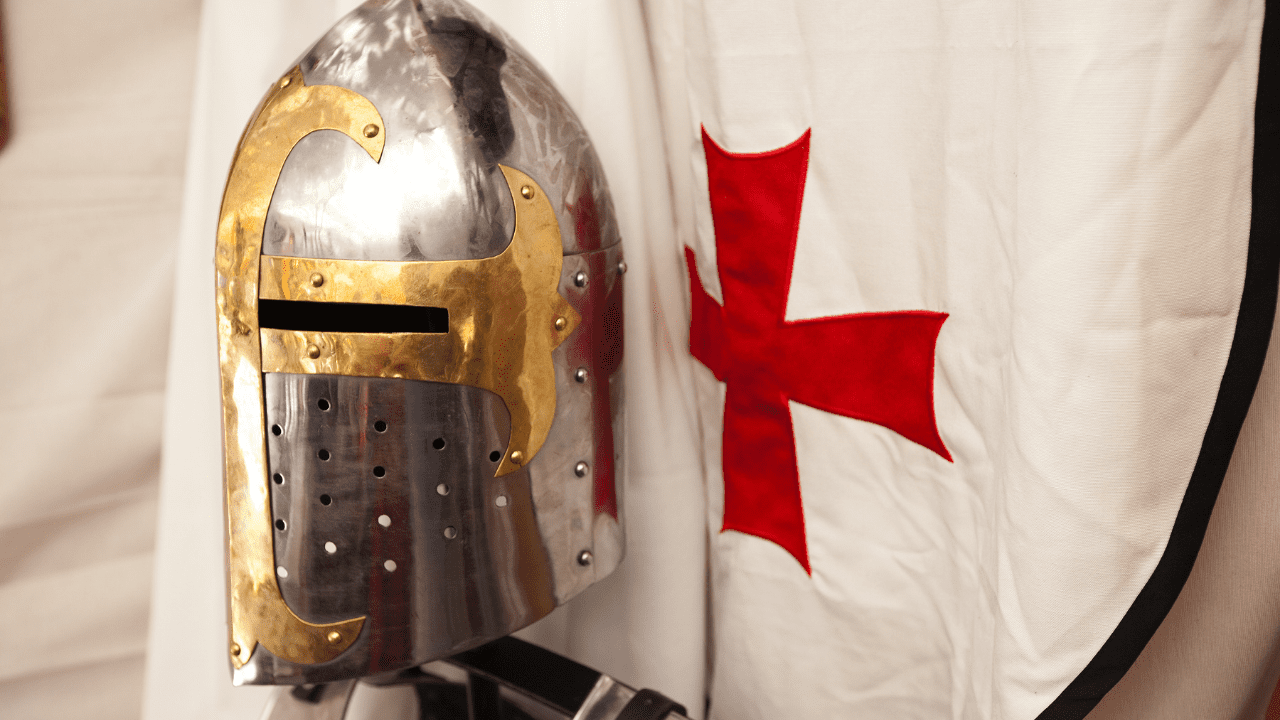 The Knights Templar is one of the most mysterious and interesting groups in history. They were a Christian military order founded in 1118 to protect pilgrims on their way to Jerusalem during the Crusades. The Templars grew into an extremely powerful organization, owning much land and wealth across Europe. The Order became so wealthy that it attracted jealousy from kings who accused them of heresy, blasphemy, idolatry, magic, devil-worshiping- even cannibalism- for which they were arrested in 1307 by King Philip IV of France under pressure from Pope Clement V.

The Knights Templar and Hermes Trismegistus: What was the connection?

The connection between the Knights Templar and Hermes Trismegistus is a mystery that has intrigued historians for centuries. Some believe that the Templars were supporters of Hermes Trismegistus and based their teachings on his writings. Others think they were hunting for hermetic knowledge in Harran- where he was believed to have hidden it.

The hermetic tradition consists of alchemy and esoteric astrology, whatever the case may be. The Hermetica was popular among medieval alchemists of Europe- who often split these texts into two groups: The Asclepius and The Corpus Hermeticum.

The latter group was described as a series of seventeen books written by Hermes Trismegistus in the legendary city of Memphis, Egypt.

What could the Knights Templar have gained from hermetic writing?

The Knights Templar were said to be the custodians of the Holy Grail- which many believe to be a metaphor for the cosmos. Indeed, one of the knights arrested in 13044 was charged with worshiping an idol that he claimed spoke to him and told him what God wanted his followers to do!

It is interesting how many stories about King Arthur are linked with alchemy, esoteric symbolism, etc. Could the Knights Templar have become so secretive to protect their magical abilities and knowledge- including gaining information from sources such as Hermes Trismegistus?

It is indeed a possibility, given how much we still do not know about them. Perhaps they gained powers of prophecy or immortality through their hermetic studies.

When the Templars were accused of heresy for their alleged worshiping practices, including Gnostic rites- such as kissing each other on the mouth, navel, and base of the spine- they were forced to deny these charges.

It has been said that this kiss was used as a means for them to communicate with each other, despite being in different countries or even imprisoned. The Knights Templar’s ability to escape all sorts of imprisonment certainly makes for an interesting story. But one thing is sure: their connection to Hermes Trismegistus remains a mystery.

The Knights Templar is one of the most mysterious and interesting groups in history. They were a Christian military order founded in 11118 to protect pilgrims on their way to Jerusalem during the Crusades. The Templars grew into an extremely powerful organization, owning much land and wealth across

Were the Knights Templar Hunting Hermetic Knowledge in Harran?

Harran is an ancient city located in what is now southeastern Turkey. It was once a significant center of learning and is mentioned in the Bible as the home of Abraham. The ruins of Harran are known for their many astrological and hermetic features, which has led some to believe that the Templars were hunting for occult knowledge there.

It is possible to speculate that their motivation was to gain power and knowledge that they could use for their own purposes. The Knights Templar were known for being extremely secretive, so it’s possible that they didn’t want anyone to learn about their hermetic connections.

Whatever the case may be, the connection between the Templars and Hermes Trismegistus is still a mystery.

What Does the Hermetic Tradition Consist Of?

As with any organization that is in possession of esoteric knowledge, the Templars would have had to keep much of this knowledge hidden to protect it. This would have been especially true for magical astrology, which was seen as heretical by the Catholic Church.

Who was Hermes Trismegistus?

The hermetic tradition is said to have originated with Hermes Trismegistus, who is often considered to be a mythical figure. However, there is evidence that he may have actually existed and that he was known as the “scribe of the gods.”

The hermetic tradition is one filled with mystery- which could help to account for its popularity in recent years. Perhaps it will continue to inspire us for generations to come.

Many secret societies and cults have traced their roots to the Knights Templar and Hermes Trismegistus.

What was the connection between these two groups?

We may have lost too much in the sands of time. But, thankfully, we have enough historical references to keep us wondering… and speculating.

The Knights Templar and Hermes Trismegistus were undoubtedly connected in some way.

What this connection entails is still a mystery, but what we do know is that it has inspired much speculation and research. One thing is certain: the hermetic tradition lives on today through many secret societies and organizations… including one of its most famous members- the Knights Templar.

Over time, the Knights Templar connection with Hermes Trismegistus has inspired much speculation and research.

We know that the hermetic tradition lives on today through many secret societies and organizations. The Knights Templar is one such society that claims to have ties to Hermes Trismegistus. Although the Templars were officially disbanded in 1312, they still exist today under the name “the Sovereign Order of the Temple of Jerusalem.” This Order has been in existence since 1804 and now houses approximately 80 members.

Whether or not these claims of a connection to Hermes Trismegistus are valid remains a mystery. Still, the hermetic tradition continues to live on through many different groups and organizations worldwide.

Who was behind the disbandment of the Knights Templar?

The official reason for the disbandment of the Knights Templar was due to accusations made against them- most notably, that they were practicing hermetic magic.

Many people believe that this accusation was only a cover-up and that another reason is what led King Phillip IV of France to officially disband these “heretical” knights: money. He owed the Templars a great deal of money, and he was probably afraid that they would call in their loans once they had the power and wealth that came with being a part of this organization.