The Mysterious World of Hermetic Magic 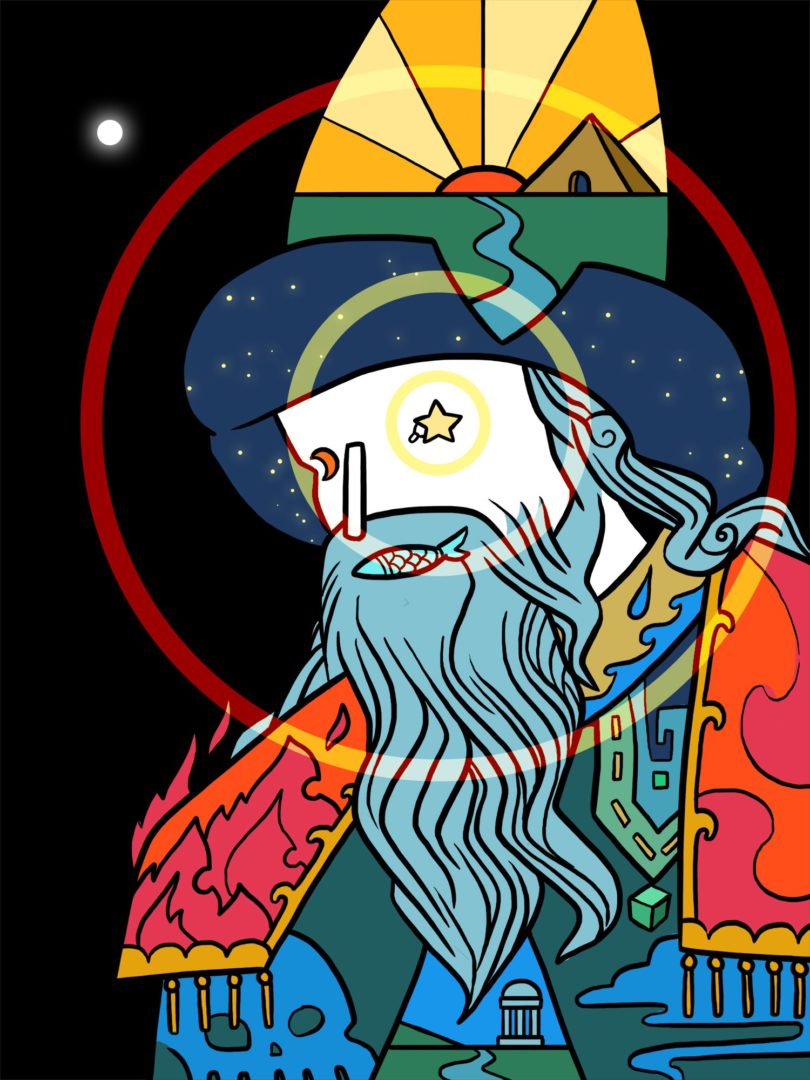 The Hermetic Order of the Golden Dawn, also known as Hermetic magic or Hermeticism, is a school of magic that emphasizes spiritual development. Hermetics believe in individual attainment and self-reliance. Hermetic magic involves using symbols to represent different aspects and processes within nature; these symbols are used for various purposes, including protection, healing, exorcism, divination, and conjuration.

What is Hermeticism? What does it entail? How can you get started with this form of magical practice? This blog post answers all your questions about Hermetic Magic!

Who is Hermes Trismegistus?

Hermes Trismegistus is Greek for Hermes the thrice-great or three times great. In Hellenistic Egypt, he was syncretized with Thoth and considered the Egyptian equivalent of that deity nuance. He is associated with alchemy, among other things.

Hermes Trismegistus (Greek for “Thrice-Great Hermes”) wrote what became known as The Emerald Tablet, or Tabula Smaragdina, which takes its name from the green color of its stone, not found in nature but made by adding gold chloride to malachite. The legend on a German edition reads, “Hermes Mercurius reveals his secrets to mankind”.

The tablet tells that their opposites sustain all things and that the work of a true Hermetic mage balances these two forces.

The Hermetic tradition believes in an ultimate order that regulates both morals and nature; if people only consult their minds, they can find guidance for living life, but many are too weak-minded to tell right from wrong without being told what to believe.

What is the difference between Gnosticism and hermetic philosophy?

Gnostic philosophy is based on the idea that there are realms of external, higher knowledge. In contrast, hermetic philosophers are concerned with discovering the self.

In gnosis, higher knowledge is thought of as existing in some transcendent plane that human beings can access through spiritual practices and metaphysical truths.

Unlike Gnosticism, Hermetism focuses not on attaining a world-transcending perception– but rather by finding meaning (or truth) within oneself and this world.

There’s no clear distinction between these two philosophies today, given their antiquity. Given how closely they were intertwined, it’s necessary to note that these two schools have different approaches.

What are the hermetic texts?

The Hermetic corpus is a collection of religious texts that may have originated around the 2nd century.

Hermetic philosophy often conflicted with pagan and Christian theology, so it may not be an exaggeration to say that these writings were lost to history for centuries because they were deemed heretical. While Socrates commented on some of Hermes’ teachings through Plato in Phaedrus and Timaeus, he was likely referencing the Egyptian god Thoth rather than Hermes Trismegistus himself.

It wasn’t until sixteenth-century Europe where there was renewed interest. The Renaissance began with minds geared towards scholarly inquiry (not necessarily science), which sought out ancient manuscripts like those of Dionysius, the Areopagite who Hermetic teachings had influenced in the first place.

This didn’t last for long, though, as both Protestantism and science emerged in Europe during this time too, and Hermeticism with its pagan undertones seemed archaic next to these newer beliefs, which were grounded in reality rather than fantasy. Not only did Hermeticism have to compete with these new ideas, but it was also shunned by the Catholic Church, which at this point had a more prominent influence on European culture than Hermeticists did.

This lasted until nineteenth-century Europe, when Hermeticism underwent another revival and became associated with esoteric movements like Theosophy and Rosicrucianism.

What is the meaning of esotericism?

The word “esotericism” does not have a widely accepted meaning. Some academics believe that the word should only apply to magical things. In contrast, others say the term can refer to those subjects and topics in works and presentations by academics or other well-known thinkers.

That said, most dictionaries offer similar definitions which point toward meanings including “the doctrines, study, or learning of mystical knowledge” and “private or closely guarded; inner; concealed” as possible definitions for esotericism.

What is Hermetic Christianity?

Hermetic Christianity is a group of traditions or systems that seek to emulate Jesus’ spiritual and somatic work while accepting a more gnostic orientation. These include the Knights Templar tradition, Martinism, Christian Kabbalah and Rosicrucianism.

The Hermetic Order of the Golden Dawn is called “a European esoteric society” by its founders Theodor Reuss and Samuel Liddell MacGregor Mathers. Elizabethan scholar Michael Drayton (1563) objected vociferously to this designation. He synonymously termed them Neoplatonic Goldern Daffodils, implying that they were well known in England albeit not necessarily for being esoteric!