The Principle of Vibration 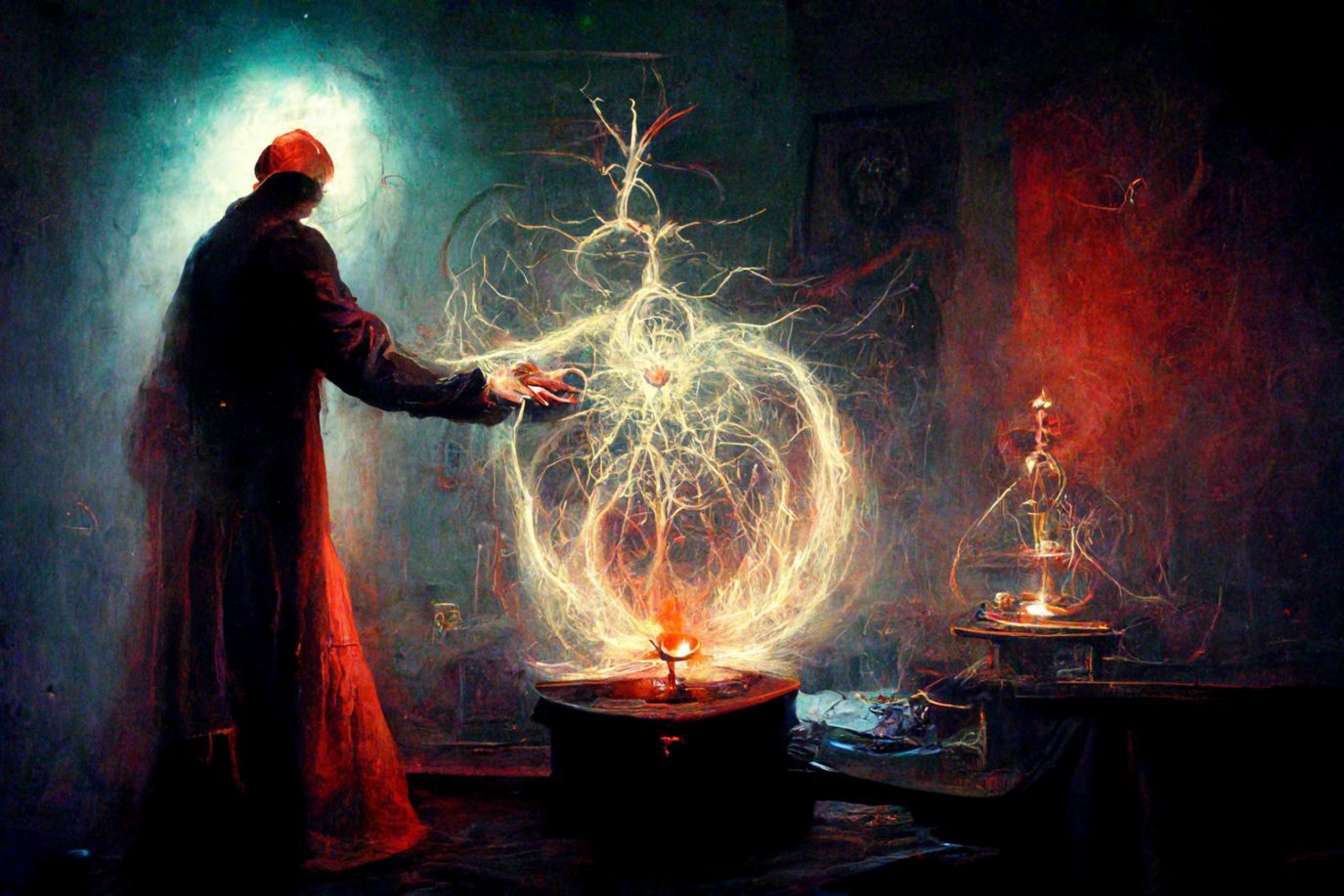 The principle of vibration makes up one of the core concepts of the hermetic philosophy. You can trace the line of forbidden knowledge all the way back to Ancient Egypt.

The concept of the Hermetic philosophy is based on the premise that the functioning of the universe is governed by some laws that apply everywhere in space and time. This brief article covers the third of the seven of the Hermetic principles, which serve as an illustration of this behavior.

Someone(s) published “The Kybalion” under the pen name “the Three Initiates.” The Kybalion was founded on the wisdom of Hermes Trismegistus who was a respected ancient sage. The moniker, which means “three times greatest,” alludes to his mastery of the three domains of existence—the physical, mental, and spiritual—as described in hermetic philosophy. He used to go by the name Thoth in Egypt and Hermes in Greece.

Each of The Kybalion’s seven principles, which are thought to be universal rules, is the subject of a separate chapter. This kind of thinking has been around for a very long time. Let’s face it, however, people and culture have changed, the fundamentals of the world have mostly remained the same. The seven hermetic tenets are extremely adaptable to contemporary situations. Simply read it with an open mind and a willingness to comprehend its axioms’ fundamental principles from a universal point of view.

Hermetic denotes something that is occult, secret, or esoteric. It alludes to information that is consistent with how the universe functions. These laws can be used to master all three realms of existence, if you are wise and aware. When the timing is right and you’re prepared to learn from the book, it is believed to emerge in your life. You must read it as though it were written in the 21st century; from the viewpoint of the present day and age, in order to really appreciate the concepts and utilize them in the present.

The Principle of Vibration

The third of the seven Hermetic principles asserts that nothing is fully at rest and that everything has a vibration. Modern science has supported this by showing that everything moves, even the smallest subatomic particle. Even though something, like a stone, seems to be completely still, it is actually vibrating on an atomic level. The structure and makeup of all matter are determined by the activity of minuscule particles.

The distinctions between manifestations of thinking, energy, matter, and spirit are all reduced to vibrations in hermetic philosophy. Gross types of matter vibrate at the lowest frequency, whereas the infinite, universal mind vibrates at the highest. The rest of the world is somewhere in between. Things might appear to be still when they are vibrating at their fastest pace; consider how a quickly rotating fan can do this. Similar to this, objects can vibrate at such a low pace that they appear to be stationary.

The Principle of Vibration, is a powerful statement that everything in the universe is in motion, vibrating, and revolving. Some of the early Greek thinkers understood this Hermetic Principle and incorporated it into their theories. But after that, thinkers outside of the Hermetic ranks lost sight of it for generations. The validity and reality of this centuries-old Hermetic teaching, however, were rediscovered by physical science in the nineteenth century, and further evidence was provided by scientific discoveries in the twentieth century.

Everything is constantly moving and vibrating. Everything’s “variances” from one manifestation of the universal power to another are actually just differences in the pace and manner of vibrations. Even The All can manifest a continuous vibration of such an infinite degree of fast motion and intensity that it may practically be considered to be at rest. According to the Teachings, certain extremely coarse forms of Matter make up the other end of the pole of vibration, which is where Spirit is located. There are countless millions of possible vibrational rates and modes between these two poles.

In comparison to modern science, the Hermetic Teachings are significantly more comprehensive. Every manifestation of emotion, thought, reason, will, desire, or any other mental state or condition is accompanied by vibrations. Some of these vibrations can be released and have a tendency to “induce” other people’s thoughts. Due to the current widespread diffusion of esoteric information, the general public becoming familiar with the phenomenon of “telepathy,” mental influence, and other kinds of the activity and power of mind over mind.

Every feeling, thought, or mood has a vibrational frequency and mode that correlates to it. Furthermore, these mental processes may be recreated by an exertion of the willpower in yourself. One can polarize their mind to any degree they choose by understanding the Principle of Vibration as it relates to Mental Phenomena, giving them complete control over their mental states, moods, etc. He can similarly influence other people’s thoughts to bring about the appropriate mental states in them.

Nature and natural energy are always beneficial to life and never detrimental, while artificially produced EMF energy frequently causes harm. We have the capability to prevent damaging radiation. The best course of action is to incorporate natural principles into our way of life. This can include eating natural foods, exercising, being in nature, listening to soothing noises, being in loving relationships, having pets, gardening, getting sun, taking deep breaths, using fire, and many other activities. Finding the time to devote to Hermetic study and devoting your life to these principles can be life-altering. However, the study and devotion can certainly prove time-consuming. You must be ready and mentally prepared to make such change.