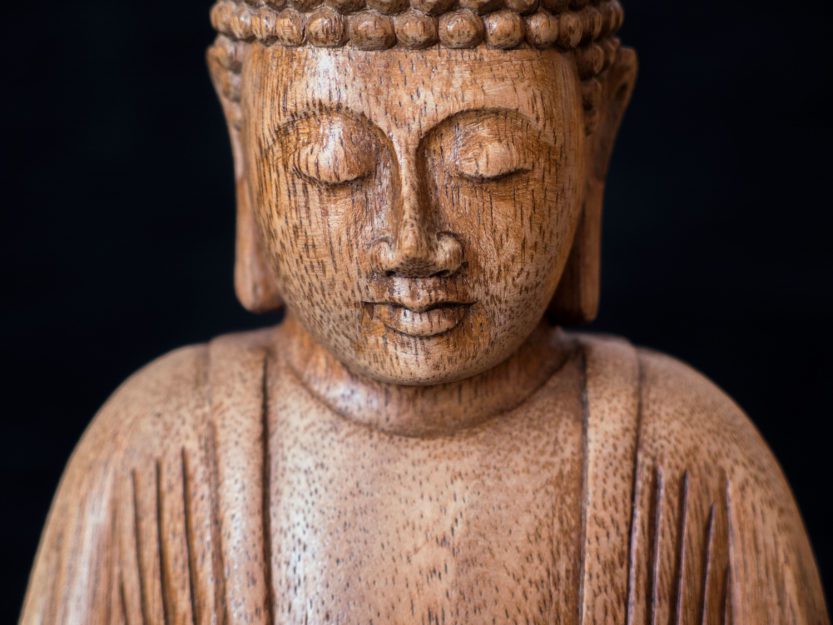 The common person may think meditation techniques are all the same, however, that couldn’t be further from the truth. There are hundreds of different ways/techniques to meditate, some best known than others. One of the most famous meditation techniques comes from Buddhism and, today, it has become much more than simply meditation: it has evolved into a whole concept, widely used throughout the Western world. There is also a more recent technique with millions of practitioners around the world, Transcendental Meditation.  Created by Maharishi, this new technique is considered to be different from all the others, and it is growing in popularity fast.

But what’s the difference between these two techniques? And what do they have in common?

Meanings, differences, facts, and a bit of controversy, this is a search to find out what differentiates these two meditation techniques apart.

Meditation, generally speaking, is an exercise/practice where individuals use techniques like concentration, focus the mind on particular things, or mindfulness, to train their attention and awareness, and achieve a mentally and emotionally clear, calm, and stable state. Despite being a well-known practice, meditation is found difficult to define by specialists, as practices vary both between the different traditions and within each other.

Since 1500 BC, Meditation has been practiced in multiple religious’ traditions, frequently as a part of the path towards enlightenment and self-realization. The first records of meditation come from the Hindu traditions of Vedantism, and it has a long tradition of being a practice in Hinduism.

Since the 19th century, Asian meditative techniques have spread to cultures, where they have also found application in non-religious contexts, such as health and business.

Meditation practices may be used to reduce anxiety, stress, pain, and depression, while increasing well-being, self-concept, and peace.

Today, meditation is under research to define its possible health benefits (neurological, psychological, neurological, and cardiovascular), and other possible effects.

Buddhist meditation is a collection of techniques for the practice of meditation in Buddhism.

Buddhists use meditation as part of the way towards awakening, liberation, and reaching Nirvana. Buddhist meditation includes a variety of different techniques, such as sati (mindfulness), asubha bhavana (“reflections on repulsiveness”), anussati (recollections), anapanasati (breath meditation), the Brahma-viharas (loving-kindness and compassion), and many others.

All these different techniques aim to develop calmness, mindfulness, tranquility, concentration, and insight and are also believed to lead to supramundane powers. They are also combined with other practices that aid this development, such as moral restraint and the right effort to develop wholesome states of mind.

All these techniques are used across Buddhist schools, but there is great diversity. The Theravada tradition, Chinese, Japanese Zen, and Tibetan Buddhism, all use different techniques, but they all aim to achieve the same goals.

Although mindfulness has received the most research attention, other practices (such as metta and upekkha) are starting to be used in a wide array of research in the fields of neuroscience and psychology.

Mindfulness today is a well-known practice in the west and is the most popular Buddhist meditation technique.

Maharishi taught thousands of people during a series of world tours between 1958-65, expressing his teachings in religious and spiritual terms. Transcendental Meditation became more popular in the 70s, as Maharishi turned to a more technical presentation, and his technique was practiced by celebrities. During this time, he also began training specialized TM teachers and created organizations to present his technique to specific segments of the population, like students or business people. By the early 2000s, TM had already been taught to millions of people, and the organization had grown to include health products, educational programs, and other related services.

Is Transcendental Meditation a religion? According to the TM movement, it is a non-religious method for stress reduction, relaxation, and self-development, but the technique has been seen as both religious and non-religious by different experts.

There are no high-quality studies that demonstrate Transcendental Meditation as producing more positive health outcomes than other practices in terms of stress reduction.

TM meditation practice involves the use of a silently-used mantra for 15-20 minutes twice per day while sitting with the eyes closed. This technique is reported to be one of the simplest, most widely practiced, and among the most widely researched meditation techniques. Transcendental Meditation is made available worldwide by certified TM teachers in a standard seven-step course (with fees varying from country to country).

There is one big difference between the TM method and other meditation approaches: Most meditation aims to control or train the mind by a way of thinking while Transcendence, involves no training, control, or concentration. Believers claim it is counter-productive to try forcing the mind to go somewhere it already wants to go naturally.

TM allows the mind to go beyond the surface level thinking towards silence (the source of thought) and focus, control, and concentration. Creativity and freedom are spontaneous results.

Participants in TM programs are not required to adopt a belief system, it is practiced by agnostics, atheists, and people from a variety of religious affiliations.

The difference between Buddhist Meditation and Transcendental Meditation

A common mistake made by the common person is to think that all meditation is the same. Several studies have shown that the various meditation techniques differ not only in the mental process being used but also in the different effects in the brain and their effect on our lives.

Despite the complexity of the matter it’s possible to shortly analyze both techniques following these parameters:

Age – TM was created by Maharishi in the 20th century. There are claims that it is a very ancient practice, but if that’s the case, anyone could learn it for free, or by buying a book about Mantra meditation. However, TM organizations claim it to be different from Mantra Meditation. Mindfulness is a 2,600 years old practice, and it comes from Buddha.

Institutionalization – There is one organization behind the TM practice, that teaches it, charges for it, promotes it, and invests in research on its benefits. Some people have also accused it of cultish behavior. There is no unified organization behind the practice of Mindfulness; instead, there are various decentralized Buddhist groups and training centers.

Tradition – TM comes from the Hindu tradition, and has gone through a lot of secularization. Mindfulness comes from Buddhist tradition but is being taught in a secularized context in the West.

Practice – TM involves the repetition of a “secret” mantra. It is practiced in a closed-eyes seated meditation, for up to 20 minutes twice a day. The mantra is initially actively repeated, and then allowed to sort of “repeat itself”, and the practitioner mostly listens to it. Mindfulness usually focuses your attention on your body sensations or breathing. It can be practiced both as a seated meditation or during other activities.

Price – TM costs around 1,000 dollars to learn (in the USA), and can only be taught by the TM organization. Mindfulness can be learned for free on the internet, or very cheaply by buying a DVD or a good book.

Research – There has been plenty of scientific research on the benefits of both TM and Mindfulness and TM. People relate the amazing benefits they experience from the practice, both in the case of TM and of Mindfulness, although the TM organization claims these benefits are unique to the practice of Transcendental Meditation.

These two techniques to meditation come from different traditions, are practiced differently, are different in the way they are learned and have different effects on the brain.

The purpose of Mindfulness, according to Buddhism, is to train the mind to be in the present moment. It typically involves passive attention to one’s breathing, thoughts, and sensations, during meditation.

Transcendental Meditation, on the other hand, rather than turning the attention to the body, breath, or other objects, it uses a specific mantra, or sound, that liberates (instead of training) the mind, allowing it to settle into silence, a more profound silence than the present moment. TM is described as an effortless, natural, simple meditation technique that doesn’t involve concentration or contemplation. One uses the mantra as a vehicle to let the mind settle down naturally and, ultimately, to transcend thought (hence the name).

While the goal of Mindfulness is to have one’s thoughts be on the present moment, with TM, the process involves transcending thought itself and experiencing a state of pure awareness, in which one is aware but without an object of thought.

These very different approaches to meditation, and their different subjective experiences during meditation, are reflected in the contrasting neurophysiological states linked with each technique. TM has been found to activate the default mode network of the brain, which is claimed to be its natural resting state. Mindfulness, on the other hand, deactivates the default mode network.

The two techniques are also learned in very different ways. Transcendental Meditation can only be learned from a certified teacher, who has been extensively trained and teaches the technique in a very specific way. The teaching and practicing of this type of meditation are standardized. With Mindfulness, one can learn the technique in several different ways, and there are varied interpretations regarding how it should be practiced. One can learn Mindfulness from pretty much everywhere (books, magazine articles, websites, DVD’s, etc)

The ultimate results of each meditation technique are also very different. With TM, a long-term practice may result in a state of cosmic consciousness, where the experience of transcendence is always present in one’s awareness, even during activity. With Mindfulness, the ultimate result is to always be in the present moment, with greater focus and clarity.

Mindfulness reduces the sense-of-self via enhancement of vigilance.

But, does meditation work?

Is there any scientific evidence that meditation (any form) works? Fortunately, several scientific experiments from the last decade have brought some light on the subject.

There’s a 2012 trial study from Johns Hopkins University, that showed that the practice of Mindfulness meditation reduced pain, depression, and anxiety. This study on more than 3,500 participants revealed that meditation could play a role in managing cortisol, the stress hormone known to create responses like impaired judgment, disrupted sleep, and a rise in anxiety and depressive thoughts.

Another study conducted in the same year at the University of Washington showed that (any) meditation can help reduce distractions and eliminate the tendency to multitasking, that way helping to stay focused and feel more positive emotions regarding the task performance.

As for long-term benefits, any form of meditation has been linked to a healthier and more preserved aging brain. A study at UCLA showed that participants who meditated for an average of 20 years had more brain grey matter volume (responsible for processing information) than non-meditators. And in recent years, research conducted by psychiatrists at University College London and doctors at the University of Southampton found that easing anxiety through meditation can reduce the risk of developing dementia later in life.

The scientific community appears to agree that any form of meditation brings great health benefits, so why not give it a try?

As you could see, Transcendental Meditation and Buddhist Meditation are distinguishably different from one another, either in practice, history, and healing focus. One thing is for sure: their purpose is to help one achieve a stable state of mind, calmness, and peace from within.

In a world filled with hundreds of different meditation techniques, inner peace is at an arm’s (or mind’s) distance… 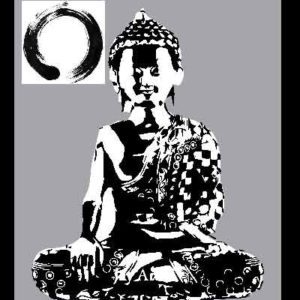 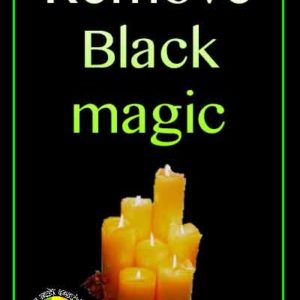