Why Does the Ankh Look Like the Christian Cross? 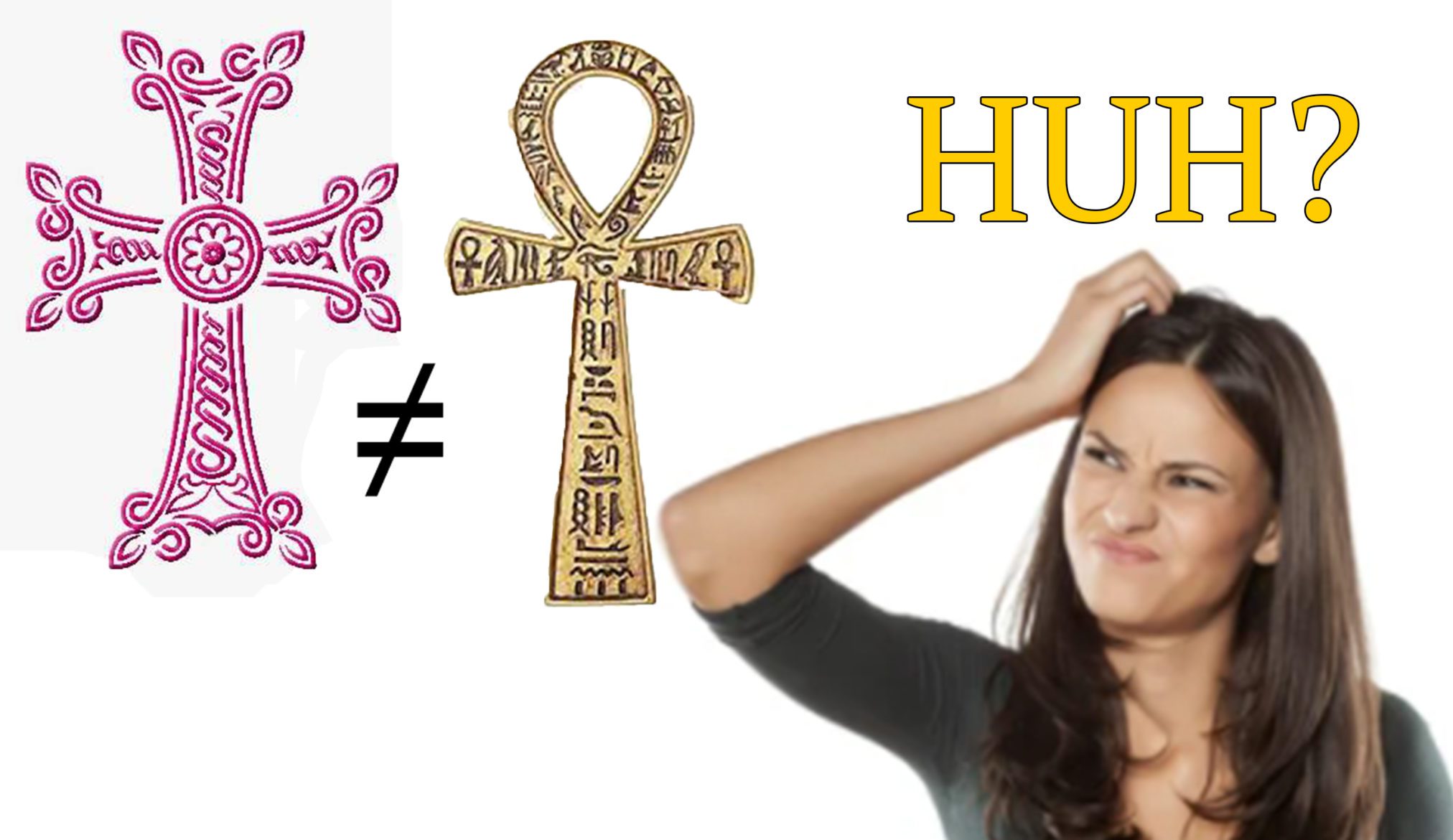 Is the Christian cross based off of the ankh?

no, the Christian cross is not based off of the ankh. The Christian cross is based off of the Roman execution method that was used to kill Jesus. The ankh is a much older symbol used by the Egyptians as a symbol of life. There is no one interpretation for this symbol, as is the case with many religious or spiritual symbols. Throughout history, numerous civilizations and religions have used this sign and its modifications, giving it diverse meanings.

The ankh is a hieroglyphic symbol with a precise sequence of consonants making up the Egyptian word for “life.” The ankh is widely recognized as a sign of life. The emblem was frequently worn on amulets as a protective charm. It was also used to embellish shrines, temples, and tombs. However, in many cases, people tend to try and make a connection between the ankh and the Christian symbol of the cross. But is there one? 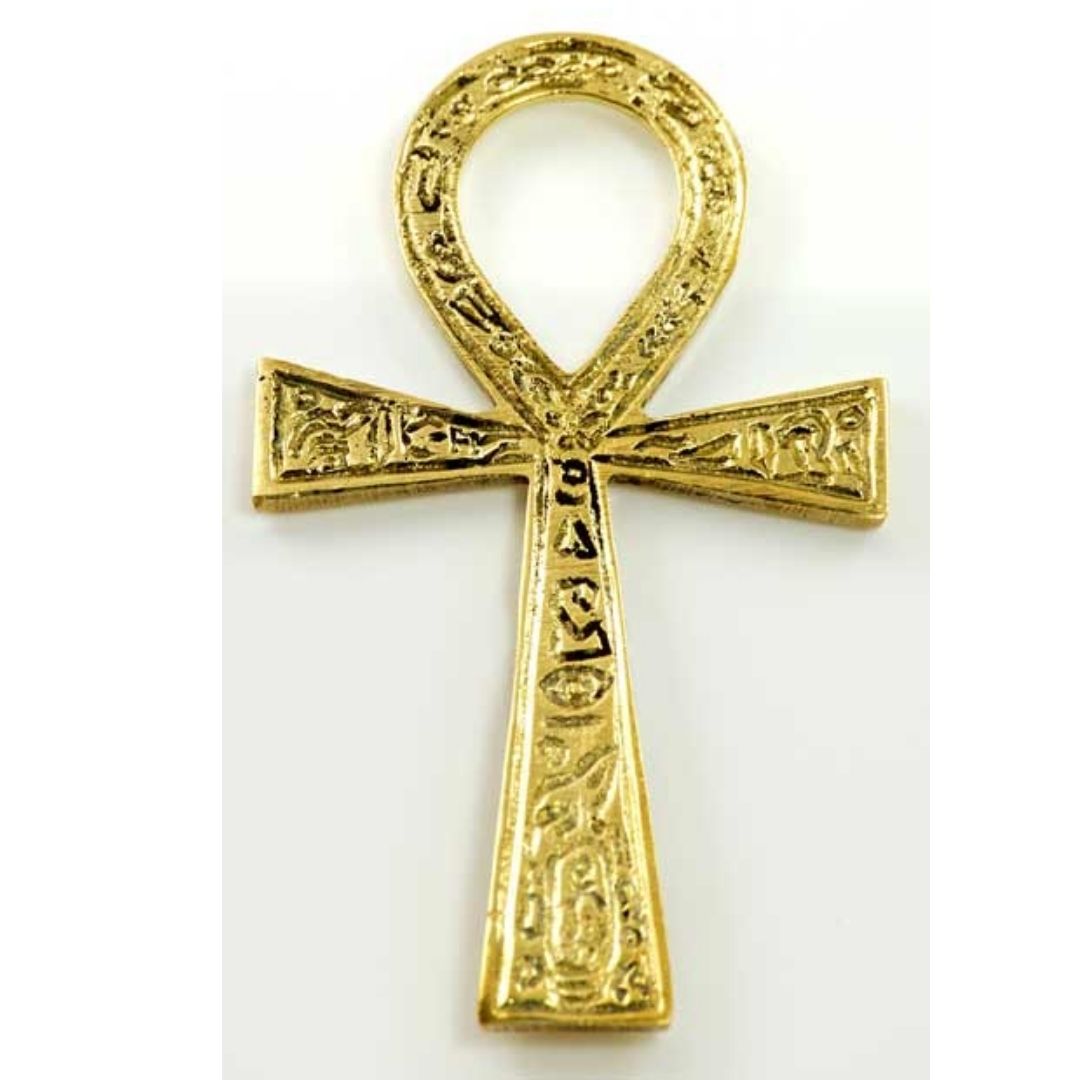 A celebrated mystical symbol, the ankh is the ancient symbol of eternal life. In modern times, the ankh has become a symbol of wholeness, vitality, and health to many.

Christianity vs the Ankh 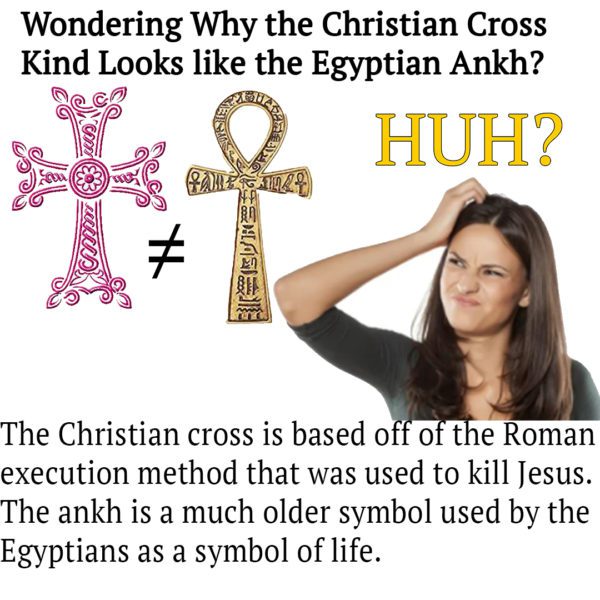 In recent years, there has been a notion that the Christian cross is based on the Egyptian ankh. Despite its widespread acceptance, this claim is almost entirely incorrect. However, members of certain Christian religious groups reject the usage of the cross as a symbol and believe that the cross is actually based on the ankh.

Although the idea that religions “steal” or “plagiarize” from one another is prevalent, it is a very erroneous and oversimplified method of understanding religious borrowing. All religions and cultures are impacted by ideas from other religions and cultures in some way or another. This isn’t immoral, dishonest, or criminal in any way. It’s something that happens on its own. Borrowing from other cultures can be advantageous in many circumstances. As a result, labeling it “stealing” or “plagiarism” isn’t necessary to stigmatize it.

When cultural borrowing occurs, it is rarely as simple as someone observing an idea in another’s culture and deciding to “take” it entirely and present it as their own without modification. Most of the time, it’s a case of people adapting previous concepts from their own culture or ideas from a foreign culture they’ve come into contact with into their own pre-existing cultural framework, so modifying the original notion.

The Greek and Roman gods are a fantastic example of this. It is a common misconception that the Romans “stole” all of the Greek gods, however this is not the case. The Romans had their own gods, but over time, they grew to associate their gods so closely with the Greek gods that they were eventually recognized as the same gods with different names. It wasn’t “theft,” but rather a process of theological and cultural syncretism.

What is the True Origin of the Cross Symbol?

Christian proponents of the theory that the typical, T-shaped Latin cross is based on the Egyptian ankh state that the Greek word for the cross Jesus died on in the gospels is σταυρός (staurós), literally translating to “an upright pole.” However, this name was commonly used to refer to any type of wooden item used to crucify a person, regardless of its actual shape.

Another Greek word used in the New Testament to describe the cross on which Jesus died is ξύλον (xlon), which is a fairly broad phrase that can apply to any type of wooden structure. It could refer to something as little as a single wooden beam or something as complex as the Trojan Horse, which is sometimes described as the “Ἀργοῦς ξύλον,”or “wooden construction of the Archives,” in classical Greek literature.

Crux Ansata: a Christian Cross that is Based on the Egyptian Ankh

The Egyptian ankh is probably certainly not the source of the ordinary Latin cross. There are many distinct types of Christian crosses, and the Latin cross is just one of them. The following are some of the more prominent alternative variants:

One type of cross is literally an ankh. The crux ansata, or “handled cross,” gained popularity among Coptic-speaking Christians in Egypt about the fourth century AD. The crux ansata first appears at the bottom of the penultimate page of the Gospel of Judas in Codex Tchacos, a manuscript of early Christian apocryphal literature dated to around 300 AD. It is just proof that early Christians adapted pre-existing symbols and imagery to fit Christian aims, and not evidence that Christianity is a poor imitation of ancient Egyptian religion.

Christians dismantled the Serapeion in Alexandria in 391 AD, after they discovered ankhs etched on the temple’s stones (according to Christian historian Sokrates Scholastikos in his Ecclesiastical History Book Five, Chapter 17). The crux ansata is proof that early Christians adopted pre-existing symbols and imagery to fit Christian aims. Some Christians who could read hieroglyphics said that the ankh symbolized “life to come” and was a Christian symbol. The ankh as the crux ansata not only helped Egyptian Christians win converts, it helped integrate Christianity into Egyptian culture. Egyptians kept using a revered sacred sign when they converted to Christianity. The crux ansata appears on a number of surviving late-Antiquity burial pictures. And is also seen on pieces of Egyptian cloth from late antiquity, indicating it was worn for protection.

To sum it all up, no, the Christian cross is not based off of the ankh. The Christian cross is based off of the Roman execution method that was used to kill Jesus. The ankh is a much older symbol used by the Egyptians as a symbol of life. There is no one interpretation for this symbol, as is the case with many religious or spiritual symbols. Throughout history, numerous civilizations and religions have used this sign and its modifications, giving it diverse meanings.