Witchcraft in the Workplace 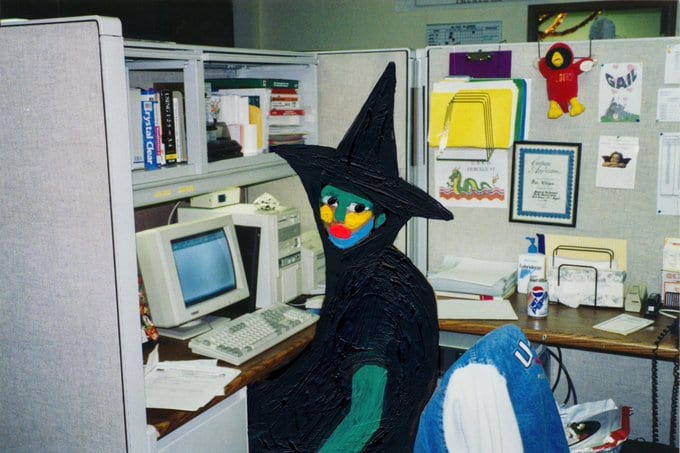 Can you bring Witchcraft in the workplace with you? the answer is: you certainly can. Witchcraft has been sparking waves and news headlines in striking numbers over the course of the past few years. With an influx in the term becoming a bit more accepted in our modern society, more and more individuals are becoming a bit more comfortable with using the term to describe themselves, their religion, and/or personal belief system as a whole. With keeping that in mind, however, one area in which a lot of people who practice paganism or are self-proclaimed witches are attempting to find a middle ground is in the workplace. Here we will be shedding a little bit of light on witchcraft in the workplace, issues that commonly arise, and what can be done to more broadly ensure that witchcraft in the workplace is not simply permitted, but is respected as well.

The term witchcraft has largely had negative connotations associated with it for centuries. Witches have been noted to be evil creatures with bad intentions, out to promote harm and invoke chaos when things don’t go their way, to take matters into their own hands and spare no one who crosses their path. What a horrible person to have as a coworker, right? Unfortunately, these ideologies are nothing more than gossip and hate-driven lies that have been carried on through the generations since even before the days of Salem.

True witchcraft is nothing more than a connection to the world around you and noticing and harboring the energy that life provides you with and working with it in order to create a sense of peace, grounding, and harmony within yourself and everything that exists around you. It is using herbs and crystals for energy and healing, candles to promote focus, working with spirits, angels, and other deities for guidance and learning, among so many other things. However, witchcraft is not simply a one-size-fits-all mold. Witchcraft is undoubtedly different and very personal to those who work within it.

I was recently chatting with a friend, a deeply devout Christian, about a “crazy lady” who works in her office. She only drinks tea, makes mead and gives it out to co-workers during the holidays as a gift, has crystals all over her desk, and claims that she worships multiple gods and goddesses. I admit I had to laugh a bit at her antics as she described this woman, and when I attempted to explain that there was nothing wrong with her, but it sounded as if she was nothing more than a practicing Pagan, she looked at me as if I was literally going to start on fire. I was baffled that she found it necessary to bad-mouth this woman, as a Christian, simply because her belief system was different and rooted in nature and gods and goddesses, instead of a brick-and-mortar church and one deity.

This leads us to the ever-pressing, bigger question of: who are we to judge?

I commend that woman for being open and honest enough about her personal belief system and her convictions, especially because they are not of the majority in terms of what people believe in this nation. That woman has more courage, conviction, and strength than the individual who was bashing her. And that is something that is needed in our country. We need to become more open-minded and accepting of those people who place crystals at their desks to promote good energy and flow in their surroundings.

Instead of coming from a place of fear, we should ask questions, learn more about their beliefs and things they like. We can learn from each other if only we had the wisdom and courage to want to seek the answers to the questions that may have. And strikingly, this sort of knowledge and insight can come within the office, from those very same people who work in the cubicle next to your own.

It should be noted that our own cultural beliefs and practices at the workplace can quite accurately be construed along the lines of a ritualized paganism. Take for example, the issue of workplace dress and the social belief that business formal attracts positive business and how business casual is supposed to “calm the spirits” of the workplace. Or the ideology of the concept of the age-old “meeting around the watercooler,” this can most accurately describe a form of gossiping at the altar, a trusted space in the workplace where confidants can confide with one another. The workplace ties us to the cult of money that are nation is so heavily dependent upon. Without work, we don’t make money, and money is the fundamental foundation of the successes that we place on one another in the confines of our society.

My advice is if you are a practicing Pagan or consider yourself to be a witch, be proud of who you are. Bring your candles and crystals to the office and if you have a curious coworker, don’t be shy to speak up about things and what you believe. To the contrary, if you are not a practicing Pagan or witch, and there is someone in your office who you think may be, strike up a conversation about the things that you are in question of. Do they have a cool photo of imagery you are not familiar with? Ask them what it means. The more we can ask questions, the more open-ended the conversation will become and the better sense of understanding and acceptance we can all have of one another. That is something that our nation is in desperate need of and it is time for the witches of the country to rise up and proclaim that they are proud of who they are and the gods in which they believe.